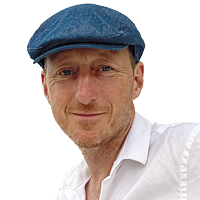 Sport should be a distraction from everyday life. It should take us away from the grind and provide our fantasy and our escape. The factories close and the men pour out of the gates and into the pubs and grounds to roar on their teams.

Kids in the park at all hours, jumpers for goalposts, spontaneous running races, first one back, who can hit the tree with a stone. Turn on the telly and watch the build-up, the analysis, the post-game, the banter with mates on social media, the teasing, the celebration and the commiseration long into the night.

Then we go out and do it ourselves. We huff and puff and move and heave and dance and sweat and laugh and swear. We imagine ourselves as our heroes as we hit a sweet half volley, cream a three wood or stroke one down the line. Then we fluff and shank and mis-hit and curse and accept ourselves and imperfect and flawed. We do it for fitness and fun, knowing we are far from perfect at sport and in everyday life.

But can you imagine every comment you ever made or every joke you ever told being splashed in the media?

That is what is happening in week of sports news that has been dominating the front pages with events off the field.

His testimony to the Government Select Committee was painful and moving. Thousands of victims of racial abuse came forward. But then came the news that Rafiq himself had sent antisemitic texts to another player in 2011, when he was 19 years old.

Then came the news that another international player, Alex Hales, had blacked-up for a new year’s eve party in 2009.

Then came the news that the Australian test captain Tim Paine stepped down because private sexting messages of himself naked that he sent to a girlfriend four years ago were about to be made public.

What next? The locker room has forever been rife with racism, sexism and homophobia and sports stars everywhere must now be worried about who from their past will bring up that joke or comment they made twenty years ago.

I grew up in Cheltenham in the 70s and 80s and there was only one student of colour in our school the entire seven years I was there. I moved to Leeds in 1985 and lived there for eleven years and was amazed to find out that black and south Asian kids all had broad Yorkshire accents and their favourite food was pizzas and burgers. Well d’uh.

I played sport at club, county and international level, and from childhood to the Olympic Games, casual racism, sexism and homophobia was everywhere. Clearly it still is. Any number of my international team-mates or friends from outside the sport, can bring up a catalogue of inappropriate language from my past. In which case I would do what Rafiq did, which is apologise sincerely for the harm I caused and ask forgiveness for a person I was then but am not now.

You would hope that the current generation are less inclined to inappropriate ‘banter’ but it is slow going.

Everywhere you look the sports news is less and less about the sport. Formula 1 can’t go to Qatar this weekend without the background of human rights abuses coming to the foreground. Just wait until the World Cup machine begins to ramp up next year.
Meanwhile over in China there is the worrying disappearance of tennis player Peng Shuai. The former doubles world No. 1 has not been heard from in public since her allegation on social media on 2 November that a former vice-premier of China had sexually assaulted her three years ago.

Serena Williams is leading a chorus of other tennis and sports stars asking #WhereIsPengShuai, and now the WTA is considering pulling out of China altogether saying, “Women need to be respected not censored.” It is an unimaginable situation.
There is an Olympic Games opening in Beijing in less than three months.

The whole point of granting the summer Games to China in 2008 was to accelerate that country’s human rights change. The depressing truth is maybe not much has changed.