After a week when an actor admitted that he was so bad that people used to throw eggs at him – he went on stage as Hamlet and came off as Omelette! – Real Mallorca, in their all-new, blue, third strip, had their first dose of La Liga reality and came down to earth with a bump on Saturday night when they lost 2-0 to Athletic Club Bilbao at the Nuevo San Mames.

After an unbeaten three-game run, this was our first “Big team” opponent and we gave it our best shot only to come up against the quickest, slickest and most physical side we’ve faced in this season’s opening encounters.

Mallorca to their credit gave a good account of themselves in the first half which finished with the home side winning the possession count 51/49. The intensity of At. Bilbao was scary at times and it was wave after wave of pressure football as they charged forward.
The Palma side had to be wary of Bilbao’s main weapon – the set piece – and half an hour into the second half they took the lead with a soft goal – from a set piece ! In the 68th minute Dani Rodriguez got in a tangle with Balaciaga near our penalty area. 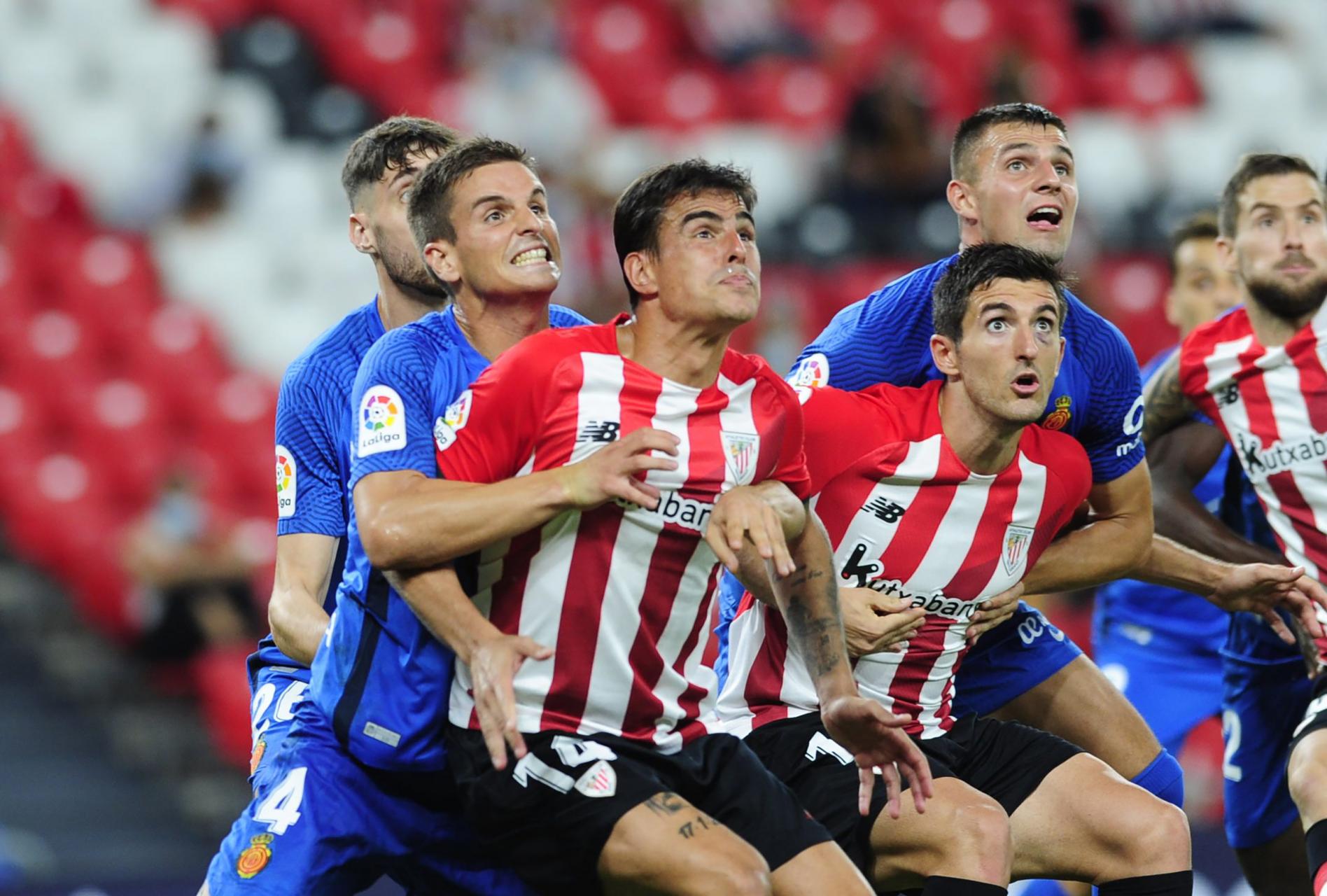 The home team captain and best player on the pitch, Iker Muniain, floated over the resultant free kick and centre back Dani Vivian broke through our weak defensive wall to nod the home side ahead 1-0. The goal was coming, the only surprise was how long it took.

Mallorca looked deflated after that and again it was no surprise when Bilbao doubled their lead with a gift.

One of my pet hates about modern football is the latest craze to play the ball out from the back when it comes to restarting a game from a goal kick. Instead of doing it my “old fashioned” way (i.e. lumping it up the other end), they try and be like Barcelona under Pep Guardiola 10 years ago and pass the ball across the six yard box.

Mallorca tried it in the 74th minute and it all went pear-shaped. Martin Valjent, who had a difficult time trying to mark Inaki Williams, lost control of the ball just outside the penalty area.

Muniain as ever snapping at defenders’ heels, won back possession before squaring to Williams and he had the simplest of chances to slide in the second, 2-0.

Things had suddenly gone horribly wrong for Mallorca and Bilbao came close to banging in a third on a couple of occasions. We were totally deflated at the end and looked to be a team with work in progress.

SUMMING UP: This game was all over in the space of six second-half minutes and Mallorca finished without their two starting centre backs, Valjent and Sedlar. Both limped off near the end. With our other centre back options, Raillo and Russo, back in Palma on the treatment table, we could be in serious trouble for next Sunday’s game in Palma against Villareal, KO 2 pm.

Our best player on Saturday night was left back Brian Olivan who with his long throw-ins and his forays forward constantly worried the home defence.

I counted at least four crosses he put over with nobody on the receiving end. We couldn’t handle the pace of the Bilbao attacks nor the intensity of their play. For long periods in the game our goal came under siege and at one stage striker Fer Niño cleared the ball off the line.

Our attacks lacked venom and were few and far between. Maffeo and Galaretta came close and that was it.

There were signs on Saturday that we can mix it with the big boys but not for prolonged periods. Mallorca’s defence were run ragged as will be most teams who visit the Nuevo San Mames this season.

Down the right wing, Jordi Mboula was yet again an unmitigated disaster. He had a brilliant pre-season but that form has now all but disappeared and he has taken on passenger status.

Our main objective is to stay in La Liga and defeats against these bigger and better teams are inevitable and show just how far we have to go to remain in top flight Spanish football. It was good to see the Kubo-Kang connection being played out near the end and we had a promising glimpse into the future.

Mallorca fans will once again have to wait and see how many will be allowed into the Son Moix for next Sunday’s Villareal (last season’s Europa League winners) 2pm kick off game.

For Mallorca the fitness of our four centre backs is a major concern as we face the “Yellow Submarine” who have one of the deadliest attacks in Spanish football.

AND FINALLY, Winalot. I was in Aldi yesterday buying a bag of Winalot for my dogs. In the checkout queue the woman asked me if I owned a dog. I thought, “Doh, why else would I be buying dog food, right ?”

So, on impulse, I told her “No, I don’t have a dog, I am starting the Winalot diet again and I probably shouldn’t. Last time I ended up in the Son Espases, having lost 10 kilos, before I awoke in Intensive Care with tubes coming out of every orifice and IVs in both arms.”

I told her it was essentially a perfect diet, all you do is load your pockets with the small, bite-sized biscuits and simply eat one or two every time you feel peckish.

The food is nutritionally complete so it works well, hence the reason I was going to try again. By now the whole queue were ear-wigging.

Horrified, she asked me if I ended up in Intensive Care because the dog biscuits poisoned me. I told her “No, I stepped off the kerb to sniff another dog’s nether regions and was hit by a bendy bus going to Arenal!!” 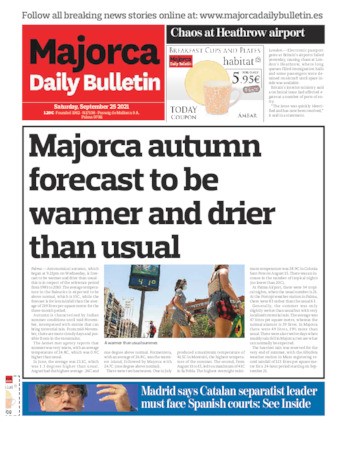