Suspect accused of helping to circumvent sanctions against Russia

The Guardia Civil has arrested a British citizen, who has yet to be named, at Madrid-Barajas airport, at the request of the US authorities, accused of leading a business network through which he tried to hide the yacht ‘Tango’, which was seized in Mallorca due to sanctions against Russia after the war in Ukraine, under a pseudonym.

The investigators estimate that the detainee and his company earned approximately 800,000 euros from the administration of the yacht ‘Tango’, which was searched in Palma in April last year by agents of the Guardia Civil, the FBI and the US Homeland Security Investigations (HIS). 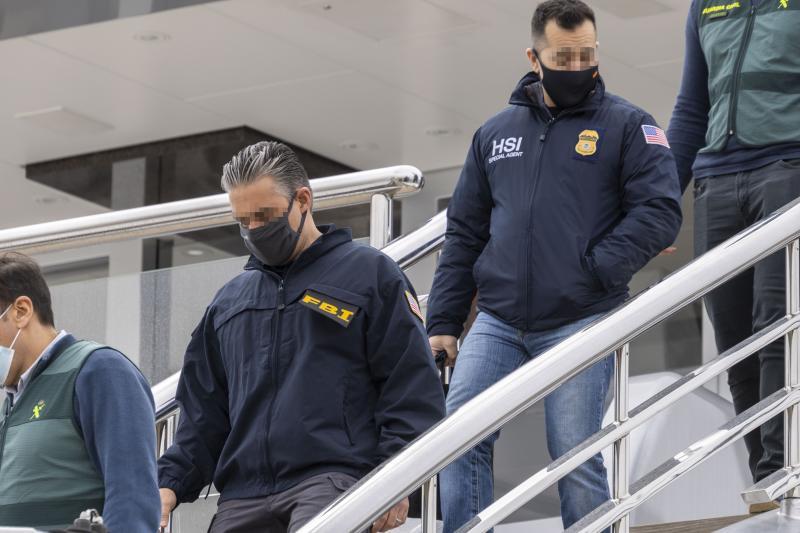 At that time, documentation was seized that has now led to the arrest of this British citizen.
The yacht is one of those that was seized in Mallorca because of its links to the Russian tycoon Viktor Vekselberg after the start of the war in Ukraine.

The Briton is accused of committing fraud and money laundering on behalf of a Russian citizen and owner of a Russian business conglomerate with interests in the oil, energy and telecommunications sectors, according to the Guardia Civil.

The US Justice Department announced last weekend that it had filed charges against Richard Masters, a UK citizen living in Mallorca, for circumventing sanctions against Russia.

The arrested British citizen is the owner and administrator of a commercial company based in Palma that provides maintenance and administrative services to boats.

Among his clients and vessels managed was a yacht owned by the Russian national who is banned from operating in US markets and with US financial and commercial entities.
This yacht was used by the Russian citizen and his family.

According to the Guardia Civil, the company of the detainee provided service to the owner and users of the yacht despite being aware of the existing sanctions and prohibitions.

To circumvent the sanctions the Briton apparently gave the yacht a pseudonym so as not to arouse suspicion.

He provided services and goods to the yacht itself, its owner and its users, to a value of more than 485 thousand US dollars, according to the US authorities.

Likewise, the detainee and his company made considerable profits by approving and coordinating the yacht’s annual operating budget, in which a large part of the budget was management company of the vessel.

The 90 million euro yacht has a Cook Islands flag and is registered in the name of a company based in the British Virgin Islands, which in turn is administered by companies in Panama, all part of a complex financial and corporate scheme to conceal the true ownership of the vessel according to the Guardia Civil.

Extradite him to the US!