One political party called him a "criminal on the run".

The presence of Spain's disgraced former King Juan Carlos at the state funeral of Britain's Queen Elizabeth has prompted criticism at home, with one political party calling him a "criminal on the run".

Spain's official delegation is led by King Felipe and his wife Queen Letizia. Felipe came to the throne when his father abdicated in 2014 amid a series of scandals.

But Juan Carlos, who was related to the late Queen Elizabeth, received a private invitation to attend, a British government source confirmed.

His attendance alongside Spain's official delegation has raised eyebrows since he now lives in exile in Abu Dhabi.

On Sunday, Juan Carlos, 84, and his estranged wife Queen Sofia were photographed at a reception in Buckingham Palace in London.

The Spanish Royal Household said Sofia, who still lives in Spain, would travel to London with the king and queen, but rather than joining them at the Spanish Embassy would stay in the same hotel as her husband Juan Carlos "for logistical and organisational reasons".

A Spanish government source told Reuters that the Spanish Royal Household had led arrangements for Queen Elizabeth's funeral. "We left them to it," the source said.

Once revered for his role in Spain's transition to democracy, the popularity of Juan Carlos fell drastically amid financial scandals and public disgust at an elephant-hunting trip to Africa.

Spanish prosecutors investigated allegations of fraud in Spain and Switzerland, but the probe was dropped due to insufficient evidence and the statute of limitations. Juan Carlos has declined to comment on the various allegations of wrongdoing.

However, he could still face trial in Britain in a harassment case brought against him by his former lover, Corinna zu Sayn-Wittgenstein. He has denied the allegations.

The leftist Unidas Podemos, the junior party in Spain's coalition government, criticized the presence of the former king at the funeral.

"Inviting an on-the-run criminal to a state funeral shows you just what the monarchy is in the United Kingdom and in Spain," Podemos spokesman Pablo Echenique told a news conference last week. 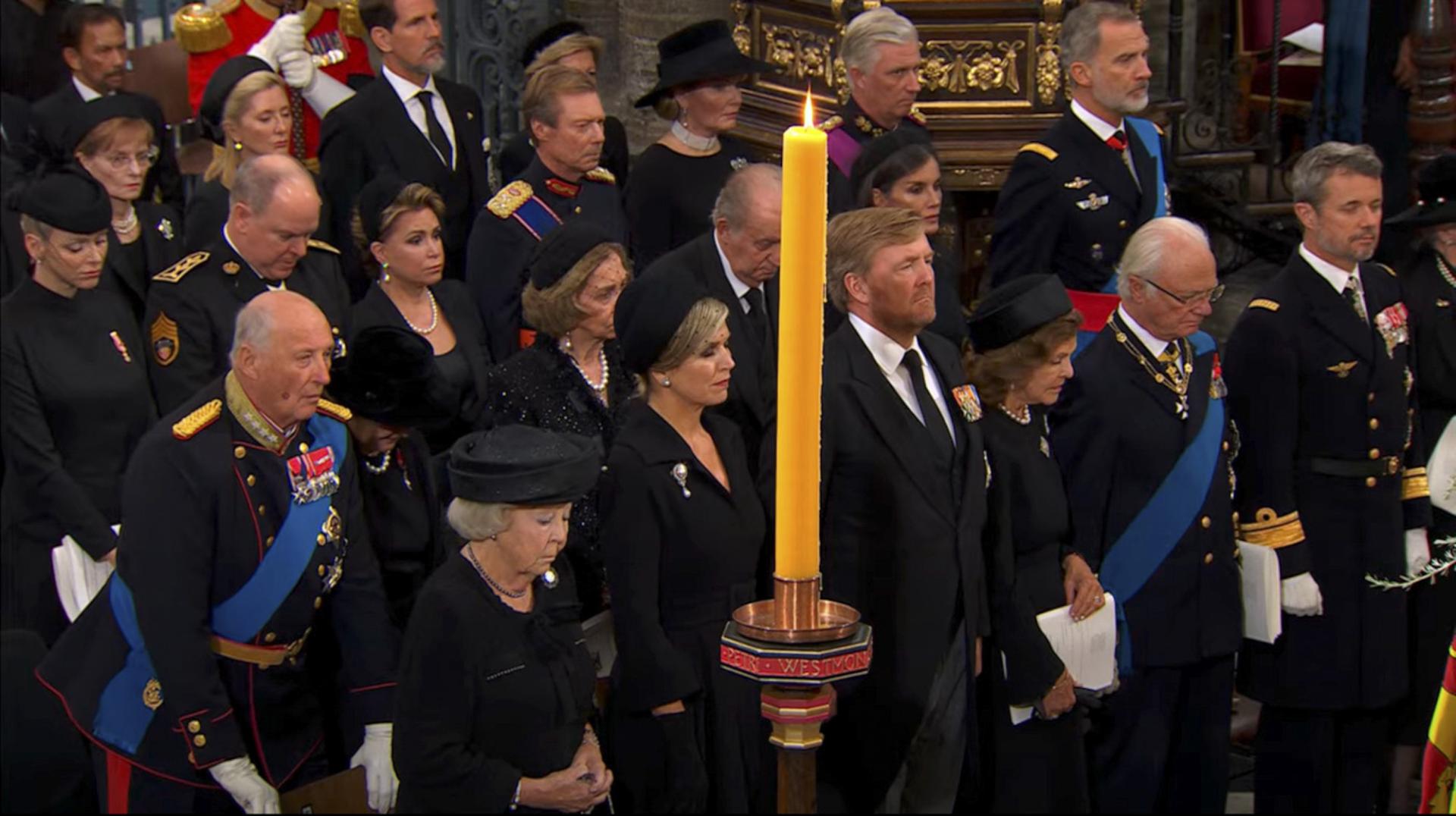 Gerardo Pisarello, a member of the Spanish parliament representing Podemos' Catalan party En Comú Podem, told Spanish news website El Debate that monarchies were "obsolete and anachronistic". He added in a speech in Spain's Congress on Monday: "Enough of deceiving people with fairytales about the monarchy (British and Spanish), there is a lot of black history surrounding them."

Juan Carlos and Queen Elizabeth were related as both were great-great-grandchildren of Britain's Queen Victoria.

Brett DennisWhy are they hypocrites? And the headline is BS. Where is the 'fury' ?

What a load of hypocrites these leftist parties are. Anyway, it's a private family matter for the King Juan Carlos and has nothing to do with political Spain.