Panic in Mallorca after tourist train flips over, passengers thrown from vehicle

The tourist train hit a kerb and flipped over. | Majorca Daily Bulletin reporter

A total of eleven people have been injured to varying degrees after a tourist train in Cala d’Or
tipped over in an accident today.

According to sources close to the investigation the vehicle was travelling at speed and just as it reached a bend, one of the wheels hit the kerb and the resort train overturned. 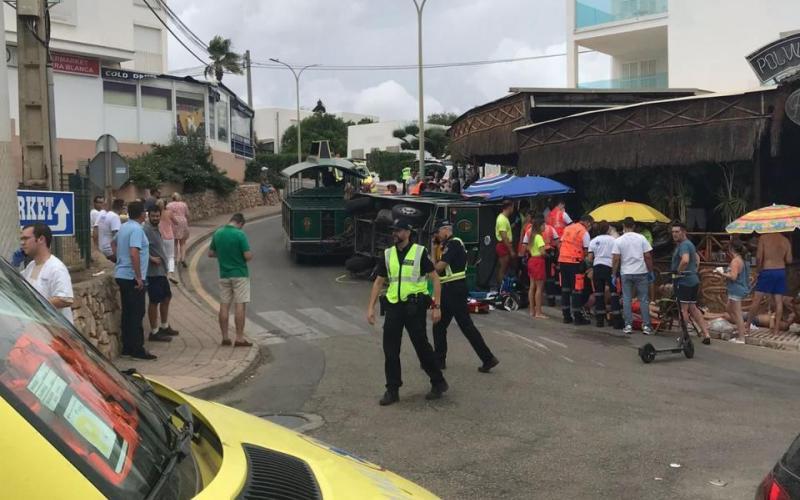 Several foreign passengers were thrown from the vehicle sparking panic.

Felanitx Local Police and their colleagues from the Santanyí Local rushed to the scene. The Guardia Civil and numerous ambulances from SAMU-061 also arrived to attend to the injured. 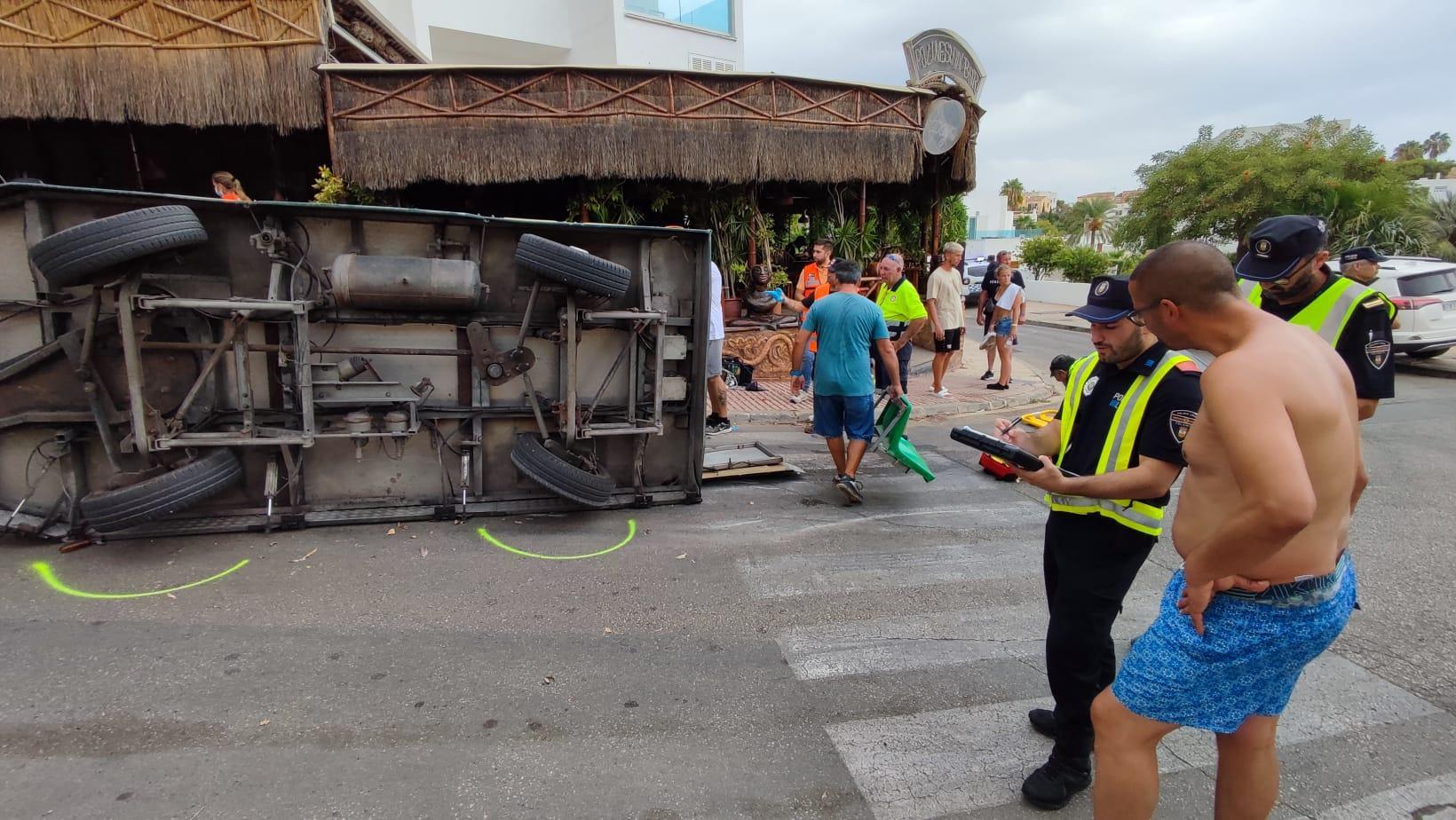 The number of injured is eight adults and three children, one of them in a serious condition.
The injured were taken to the Llevant hospital and two to Quirón Palmaplanas.
The Local Police and the Guiardia Civil have mounted a joint investigation.

Stan The Man | about 1 month ago

I hope every passenger affected recovers. In Cala Millor through to Sa Coma and S'Illot the Tourist train is very poor. There is no suspension and it is a very bumpy ride. Perhaps these Trains need a major safety inspection before they can all be allowed to carry passengers.