The return of the magic of Sant Joan Eve

Having been cancelled in both 2020 and 2021, celebrations for the eve of Sant Joan (John the Baptist) were eagerly anticipated, and so from seven in the evening there were already hundreds of people gathering on Palma's beaches. 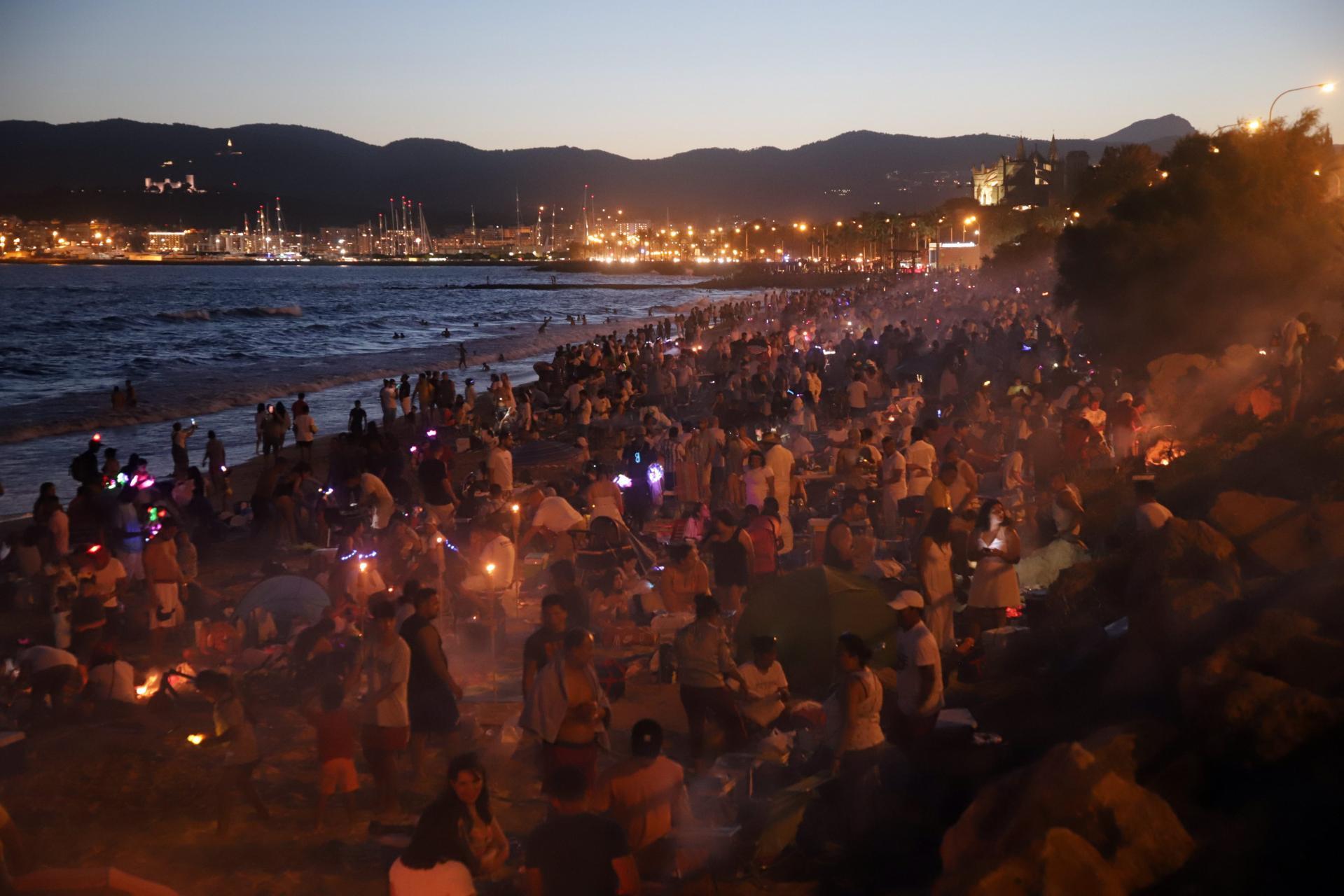 Wind and a choppy sea did rather influence affairs. There weren't the bonfires as in the past, but there were still plenty of barbecues. There were also traffic jams on account of the number of vehicles heading for the beaches and the unloading of beach furniture and food.

In the city's Parc de la Mar, the party started at 7pm and climaxed with the demons correfoc - seven gangs of fire-running demons.

Man boards flight to Manchester at Palma airport without a ticket

42 percent of British drivers in Spain in the slow lane

Anger over luxury yacht in Mallorca