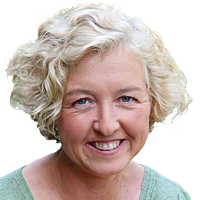 It was one of those defining moments. I had been greedily gobbling up every drop of news about the hellish impact of the American withdrawal from Afghanistan when in the midst of a depressing article about the abuse of Afghan women, an advert popped up. I couldn’t believe what I was reading. I quote: Kim Kardashian shows off smaller bum in tight trousers amid filler removal claims.

You may well think that there is nothing particularly remarkable about an egotistical American celebrity filling her backside with filler to make it gargantuan in size but in the midst of a poignant story about the terrifying future of Afghan women….really? I have always tried to understand why women do this. Don’t you wonder if those same guns of spray foam that spread filler in between wall cavities also have their home in these vain and stupid women’s buttocks?

While I sat ruminating darkly about the plight of the poor wretched girls and women of Afghanistan, now awaiting their hideous fate at the hands of modern-day Medieval torturers, I found myself distracted by Kardashian’s bottom. How did they inject whatever substance it was into it? Why did she want a bigger behind and what happened if it leaked? Would all the filler filter out, leaving her with a deflated and wizened posterior? Would trails of white foam follow her every step?

I don’t mean to trivialise but surely the point is that while countless terrified and valiant women fight for their right to live as human beings, breathe the air, see ahead of them rather than through a prison of dusty cloth, study, work, enjoy nature, their children and life itself, others in the West are living a totally vacuous existence. How have we as humans ended up in such a lamentable situation? How have we allowed all this to happen?
I am totally dispirited by events in Afghanistan.

For years, I have read inspiring and also devastating accounts of life in the country and the latest developments prove that in 20 war-torn years, nothing has been achieved. In 1996, Islamicists poured into the country after the vicious civil war and women suddenly became the enemy. They were stripped of their rights, imprisoned like dogs and tethered like goats, humiliated, turned into sex slaves, flogged, tortured and the lucky ones, murdered – usually stoned - and put out of their misery. The rest were left to suffer a life of terror, humiliation and subjugation.

Here we are in 2021 and nothing has changed. Nothing has been learnt and world powers are doing a big fat zero to change the lot of these brave pawns in a living hell. America is shameful in its betrayal of girls and women and its hopeless inability to protect those Afghans – male and female - who put their lives on the line for the country when they occupied the zone. Thousands of translators, aides and workers will be tortured and butchered as a consequence. Women will be mummified again in black, filthy body rags that make them gag and choke and stumble in the oppressive heat and the sins of the West will be forever ingrained on our souls.

We are a chorus. A wailing, waiting, impotent, inept chorus. Like bit parts in a Greek tragedy, we will watch the bitter fallout and destruction of Afghanistan from the side-lines. As the chorus in Murder in the Cathedral once whispered: We wait, we wait, and the saints and martyrs wait, for those who will be martyrs and saints.

What’s all this nonsense? Talking with some British holidaymakers last week, I learnt that there’s a new phenomenon doing the rounds in the UK: Holiday shaming. Yes, those shaking covid-afeared whippets too terrified to leave their homes, apparently feel huge resentment about those brave souls venturing abroad to take in a bit of sunshine.

While these frosty stay-at-homes cast aspersions on their neighbours or work colleagues, perhaps they should be reminded that the aviation industry has had a 69 per cent revenue drop due to lack of passengers with a net loss of 126$ billion. Without travellers we will soon come to a standstill and the global economy will stop dead.

So, we need to thank holidaymakers for getting on planes and trains and renting villas and staying in hotels, not castigate them. Without them we’d all be in the mire and if the shaking whippets back in Blighty can’t deal with that, too bad. When these heroes return home with delicious tans, I hope they’ll stand on their neighbours drives in swimwear just to taunt them.

What possessed 21-year-old UK student, Miles Routledge, to get on a plane to Afghanistan days before the Taliban invasion occurred? Stupidity, I’d say. I’ve been an idiot too and taken endless risks abroad, especially when young and feckless, but never quite so hairbrained.

What made this misadventure worse is that Routledge didn’t seem to have the intelligence to realise that this was a real live war situation and that people were dying. He put his own and others’ lives in danger through hubris. It was a silly self-dare and an ego trip that went horribly wrong.

Unlike those anguished thousands who got left behind at Kabul airport, Routledge was safely flown back to Dubai. I hope the terror he experienced during the gunfire and mayhem taught him about real life and how lucky he was to get out alive. He may ponder too that the place he selfishly took on a plane out of Kabul may have been meant for an Afghan, now left to meet his grisly fate.