Award-wining actor Morgan Freeman has been filming Lioness in Mallorca for the past ten days and he has made it clear that he loves Italian food.

He has dined at Sandro on at least four occasions, the last being Sunday night but on Saturday he opted for a monster pizza at El Alpendre Pizza y Carne in Carrer de Blanquerna in the centre of Palma. 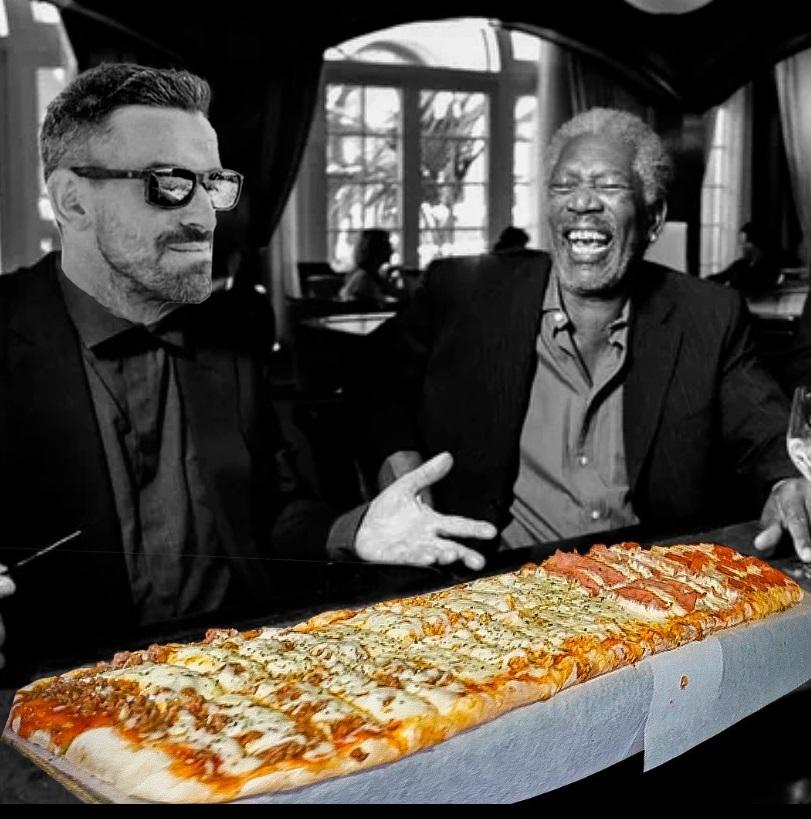 Director and producer Taylor Sheridan’s reach on television continues to spread, what with the many-tentacled Yellowstone universe, Tulsa King and Mayor of Kingstown. He has another series, Lioness, boasting his typical starry ensemble, which already includes Nicole Kidman and Zoe Saldaña. Now he’s added Morgan Freeman to the lineup.

Lioness is based on a real-life CIA programmme and follows Cruz Manuelos (Laysla De Oliveira), a rough-around-the-edges but passionate young Marine recruited to join the CIA’s Lioness Engagement Team to help bring down a terrorist organization from within. Saldaña will play Joe, the station chief of the Lioness program tasked with training, managing and leading her female undercover operatives.

Freeman is on to be Edwin Mullins, the United States Secretary of State in the show. Which honestly feels like a demotion given how many times he’s played the President.

Lioness doesn’t have a premiere date yet, but the show will be on Paramount+ when it launches.

This celeb following is really not what I want to read on the MDB. Especially when they are really just 3rd or 4th tier celebs like Morgan Freeman / Nicole Kidman. Surely there are more important (and interesting) issues for the journos at MDB to write about.

Why would you wear sunglasses indoors in a dark room 🤷‍♂️. That pizza looks digusting, worse than pizza hut. Finally can the MDB tell us what brand of loo roll Morgan uses as we seem to be getting updated with every other thing he does!