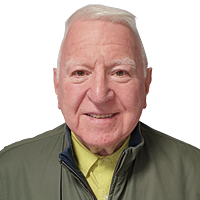 Next Wednesday marks the first day of December and that means Christmas is just around the corner so it’s time to think of suitable presents for family and friends as well as festive season food and wines — if we haven’t already done so.

Christmas is when we splash out on little luxuries and for wine lovers that means those bottles that are too expensive for everyday drinking — those we usually admire on the shelves before buying something a good deal more economical.

As this is also the time when we eat foods that are out of the ordinary, festive meals are ideal for doing a bit of unusual food and wine matching.

What we drink with any particular dish is always a matter of personal taste, but here are a few suggestions that may be of interest.

For many people, one of the essentials at some point during the 12 days of Christmas is a few oysters — they are not outrageously expensive as an occasional treat.

Oysters are at their best when eaten from the shell with, at most, a little brown bread and butter — and, as it’s Christmas, the butter could be one from Normandy that costs a reasonable €4.60 for a 250 grs packet at the Club del Gourmet of El Corte Inglés in Jaime III.

Freshly opened oysters call for a zesty dry white, so go for a sauvignon blanc from Rueda, some of which are economical. If your budget runs to it, the best sauvignon blancs are from New Zealand and you’ll find them at the Club del Gourmet as well as La Vinoteca in Calle Bartolomé Pou 29. Oysters also pair very nicely with cava or champagne.

This is the one time of the year when some of us may have a small jar of caviar in the fridge. The best match here is vodka (any of the well known makes) straight from the freezer.

But if you’d rather not get involved with spirits so early in the meal, then cava is a good alternative. Go for any of the Catalán cavas in the €12-€15 range.

If you are having smoked salmon for one of your festive meals, try it with a gewürztraminer, ideally one from Alsace, Austria or the Rhine Valley. A few Spanish versions of this fragrant wine, such as Viñas del Vero, are worth trying.

If you are having creamy scrambled eggs and smoked salmon for breakfast, make it a truly princely affair and have them with a glass of cava or champagne.

Boiled langostinos in the shell are a favourite festive starters for many Spaniards and the traditional best match for them is a manzanilla from Sanlucar de Barrameda. You won’t find it at every supermarket but you’ll get it at El Corte Inglés or La Vinoteca.

A good sherry, a fino or an oloroso, are other excellent choices. You could also try one of the wide range of Spanish chardonnays, such as Raimat and Viñas del Vero.

Lobster is another popular choice on one of the 12 days of Christmas. If plain boiled and drizzled with some of that butter from Normandy, go for one of the sauvignon blancs or a Spanish or French chardonnay. But if it is grilled and served with a sauce, you could try a white aged in oak.

You will find some superb Spanish and French pâtés, as well as fresh foie gras, at specialised outlets such as the Club del Gourmet and other high class grocery shops in the centre of Palma, such as La Crème in Calle José Tous Ferrer, next to the Mercat d’Olivar.

The highlight of Christmas eating for a Spanish friend is slices of fresh foie gras 2-cms thick which she sears in a very hot cast iron frying pan for a mere 15 seconds on each side. She has it for two meals during the festive season and orders it from El Corte Inglés.

A fresh foie gras and some of the pâtés are rather expensive, but as a small amount goes a long way, it’s a luxurious starter some of us can afford at this time of year.

You can compensate for the elevated price of foie gras and fine pâtés by drinking a young Spanish red, most of which have reasonable price tags. Spain’s finest young reds, and they are the best in Europe including those from France, cost €12-€15.

If you are having one of the up-market French or Catalán canned pâtés, be sure the tin is at room temperature: low temperatures mask its aromas and flavours.

If your mains on Christmas Day is roast turkey, then you have chosen a most uncomplicated meat that pairs nicely with reds, whites and rosados. The final choice, however, will depend on the herby stuffing and the other trimmings.

Any of the Spanish chardonnays would be appropriate, but if the turkey comes with a well flavoured gravy you could try any of the cabernet sauvignons or merlots.

Venison, always available at the supermarkets of El Corte Inglés at this time of year, is a good choice for a festive meal when you want to do something different. You’ll find cuts that are ideal for roasting and others that will make memorable stews and casseroles.

This meat calls for full-bodied mature reds, so choose cabernet sauvignon or merlot crianzas, or a reserva if it comes within the festive fare budget.

Before Queen Victoria and Dickens helped to popularise turkey in England, a favourite meat for the Christmas table was roast beef.

This is no longer a traditional choice, but I know two people in Palma who will be having it on Christmas Day because they consider turkey to be rather dry and dull — no matter how much care is taken when roasting it.

Juicy slices of underdone roast beef call for a full-bodied red, so splash out and get a Rioja or Mallorcan reserve. It will cost a bit more…well, it is Christmas, after all.

When giving wine as a Christmas gift you must take two things into consideration: if the recipient is simply a quaffer or someone who can tell if a wine is first rate simply by looking at it in the glass, swirling it and then taking a sniff.

If you’re spending €25 on the gift, the quaffer will prefer six bottles priced at €4 each — and there are some very drinkable Spanish reds and whites at that price.
But the person who knows a thing or two (or three) about wine will most definitely prefer a single bottle costing €25.

All quaffers will be most happy with the €4 bottles and they will be fairly decent reds and whites, especially if the have Denominación de Origen — always a guarantee they will be worth a shot.

The connoisseur will be delighted with his €25 bottle. Just by looking at the label he’ll know it’s a dearish wine (the quaffer wouldn’t have a clue and he wouldn’t even be interested) and he’ll drink it with family or friends who are also into tasting the better wines.

It will be a memorable bottle for them and it will certainly give them something to talk about.

So which €25 bottle do you choose? It couldn’t be easier. Most people like red wines as a gift, so decide on something from La Rioja or Ribera del Duero (I always go for the Riberas) and then go to La Vinoteca or the supermarkets of El Corte Inglés.

Tell a member of the staff you want a Ribera or a Rioja at €25 and ask them to recommend something. They will be most helpful and honest and you’ll get a wine that will be good value for €25.

They may suggest a Christmas gift case containing two bottles and costing around €25. But you don’t want that. You want one bottle that costs €25, give or take a couple of euros.

That €25 bottle, no matter which part of Spain it comes from, popped into a paper carrier bag, is the one your connoisseur friend will enjoy the most.