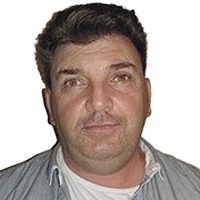 Mallorca is already seeing the arrival of two winter thrushes, both characteristic and both similar, but with subtle identification features. One is bold and full of confidence, the other shy and reserved.

This is one thing I love about autumn on Mallorca, the Song Thrush is found in abundance, and it would not be an exaggeration to say that in a single day I could see well over a hundred.

The Mistle Thrush on the other hand, is evident in much smaller numbers. But before I delve into the life of these two birds, I want to tell you about a plant that flowers between February and September, but in certain cooler places, can still be found growing in October.

The Branched Broomrape is a species of obligate parasites without any chlorophyll which live off the roots of other plants. There are in fact around seventy five Mediterranean species which are often difficult to distinguish. Usually an annual plant, they have a branched stem and solitary scaly leaves.

The flowers are in loose spikes with the lower ones occasionally stalked, and each one an ovate-lanceolate bract (a modified leaf or scale), with two bracteoles attached to a four-toothed calyx (the sepals of a flower). The corolla (petals of a flower) are 10 - 22mm long and light to a dark blue. Look for the Broomrapes in cultivated land where they particularly like the host plant Hemp, and also in coastal areas - my first ever ones were along a section of the beach at Son Real. 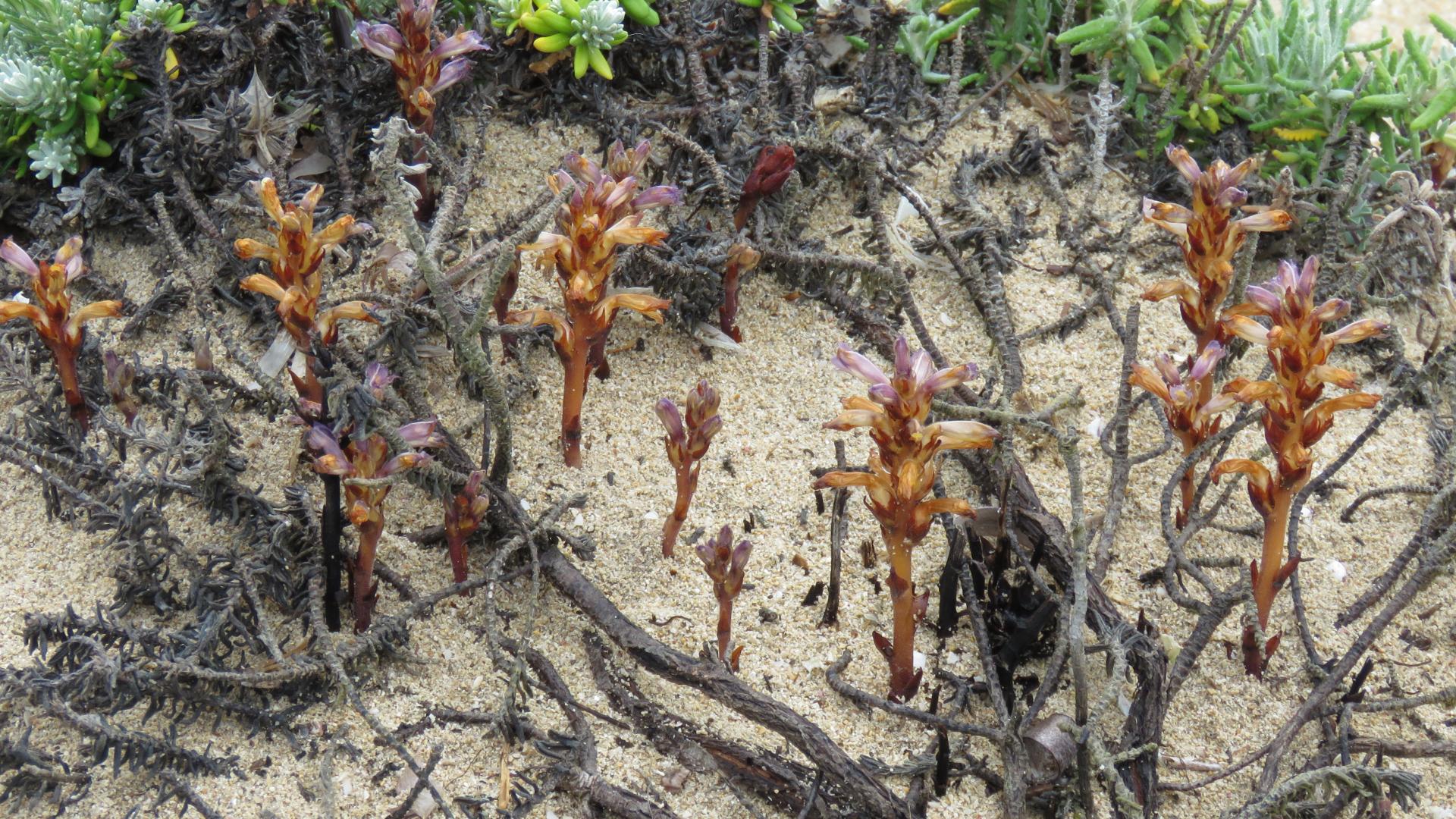 Other quick identification features are that the Mistle Thrush stands more upright, has thicker, bolder streaks on the breast and hops along the ground when feeding. The Song Thrush has finer streaks on the breast, does not stand upright and runs as opposed to hops along the ground. In flight, the Mistle Thrush has a direct flight and the underwings show a patch of white, which always makes me laugh as I think it looks like they have sprayed on some deodorant. The Song Thrush has a more rapid, straight flight action.
The Song Thrush (Turdus philomelos) sees its name coming from two Greek words, ‘philo’ meaning loving and ‘melos’ meaning song.

Together they make the name Philomela, a young Princess in Ovid’s Greek mythology. In this myth, she is ravaged by King Tereus and her tongue cut out to secure her silence. However, she weaves her story in a tapestry and when she is killed, she is transformed into a Nightingale.

The call is a ‘tsip’ alarm rattle and the song a beautiful repetitive, musical brilliance (in the autumn this may not be heard so much). Parks, woods, hedges, open fields and even towns and cities form their habitat, where a wide variety of invertebrates are sought, especially Snails (which is good news for the gardener and crop grower), and in the autumn and winter, berries and fruit. Where you can, leave some windfallen fruit as the thrushes will readily take advantage of this food source. 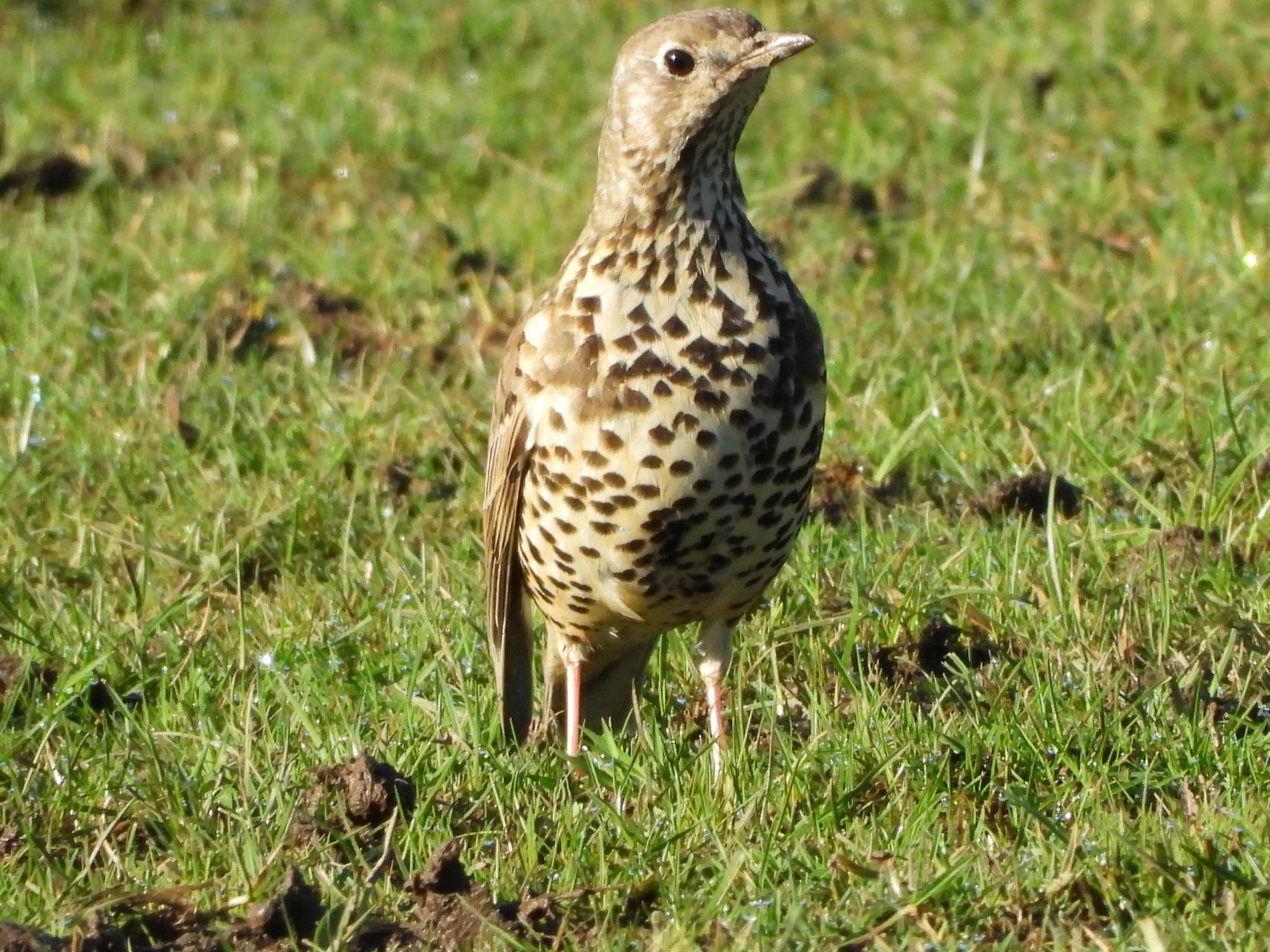 Sexes are similar, with adults having warm-brown upperparts, with the rump and upper tail coverts olive. The crown and tail have a rufous tone. They have a whitish eye ring, a pale-cream moustachial stripe and blackish-brown streaks from the base of the bill, which contrast with a white throat. The underparts are white with a golden-brown wash on the sides of the breast, marked with distinctive blackish-brown spots (more in streaks than the random spots of the Mistle Thrush). The underwing coverts and axillaries are a golden-buff. They will happily mix in when feeding with Blackbirds, autumn visiting Skylarks and other thrush species - there is safety in numbers when feeding.

Listen out in the night for migrating Song Thrushes, as they give off the gentle ‘seep seep’ calls overhead.

The call of the Mistle Thrush is a harsh distinctive rattle - a bit like the old wooden rattles that supporters used to have at football matches. Orchards, woods, farmland, parks and gardens all form their habitat but they will also feed with other thrushes where there are good pickings of food.

They eat a whole variety of invertebrates, especially Earthworms and Beetles when they find them, and will certainly take advantage of berries and fruit as well. Again, sexes are similar, and adults look like a Song Thrush but are larger, with whitish underparts covered with large, wedge-shaped black spots. The flanks and breast are marked buff. The upperparts and wings are a greyish-brown with conspicuous greyish-white fringes to the tertials and wing coverts. In flight, they show the striking, white underwing, and it closes its wings after each burst of wingbeats - a great identification feature even from a distance.

The Mistle Thrush (Turdus viscivorus) is commonly associated with the Mistletoe - and this is reflected in both the English and scientific names. Although the white berried form is not found in the Mediterranean, the red berried form is, being a parasite of old Olive trees, and on some trees and shrubs in the mountain areas. This parasitic species benefits from its seeds being excreted by the thrush onto branches or rubbed off when bill cleaning, where they can then germinate. The Mistle Thrush will however vigorously defend a territory that contains an abundant and rich food source. In Roman times, Mistletoe was called Golden Bough by the poet Virgil, and strange powers are attributed to it.

Strange powers are also attributed to both the Song and Mistle Thrush for me, in that they make you want to watch them and enjoy their feeding antics, and seeing them here in the autumn and winter can enlighten any birdwatching day.