Natural products are even more in demand than ever, which is extremely good news for the honey sector in Mallorca.

Honey expert, Rafael Llinàs, lives in Santa Eugènia and he swears by a special drink that he has every morning.

“It’s made from orange juice with pulp, a teaspoon and a half of honey for energy, a tablespoon and a half of pollen for protein and a few drops of propolis, which is a substance made by bees that strengthens the immune system,” he says.

The preservative effect of honey is down to its low concentration of water, which also prevents bacteria and fungi from developing.

Honey has been part of the Mediterranean diet since the time of the Egyptians.

Pots of honey in perfect condition were found in Tutankhamun’s tomb, despite the fact that 33 centuries had passed.

Cave paintings in the Cueva de la Araña, in Valencia dating back to 7,000 BC, show a man collecting honey.

The ancient Assyrians embalmed their dead in honey and when Alexander the Great died in Babylon in June, 323 BC, his body was immersed in a vessel full of honey, to make sure he was presentable when he was put on public display in Macedonia.

The Ancient Romans used to put a bowl of honey in the bedroom when they were on honeymoon to keep their energy up. 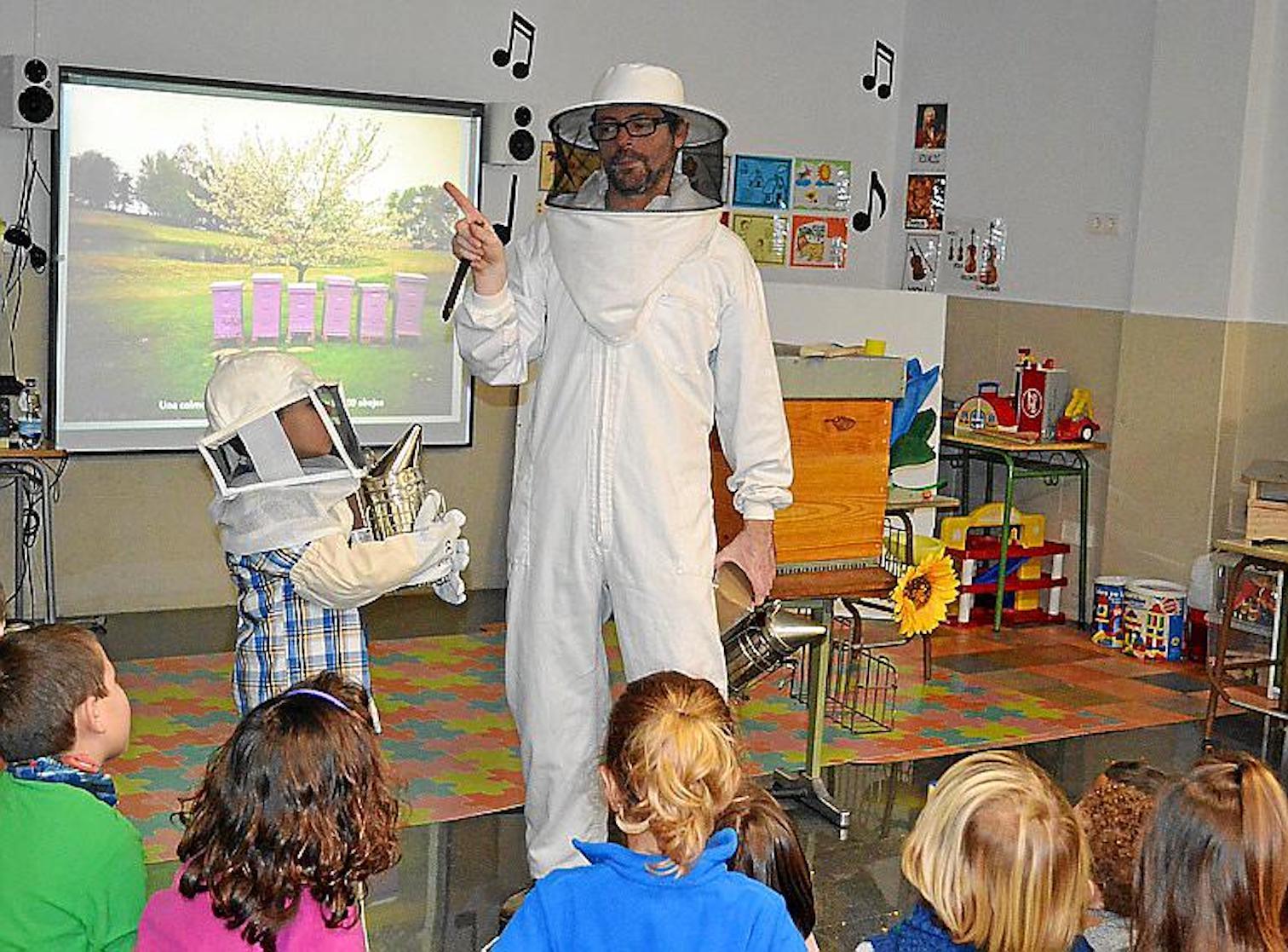 When Rafael Llinàs lost his job during the 2008 economic crisis he decided to reinvent himself.

“I have always lived in the countryside and because I like bees I decided to train in beekeeping and get some beehives,” explains Rafael. “My idea was to make a living doing that, but I soon realised it wan't enough, so I got into other honey-related topics, such as visits to apiaries, the sponsorship of hives and beekeeping courses.”

He also launched an educational project called ‘La Colmena Feliz’ and so far 14,000 children have already taken part in more than 400 workshops taught by Rafael.

“The aim is to raise awareness about the environmental problem of the progressive disappearance of pollinators,” adds Rafael, who points out that his work, supported by the Ministry of Culture, through the ‘Viu la Cultura’ platform.

Under his brand name, Apicultura Mallorca, Rafael teaches kids about the environment and still has time to do swarm rescue, honey tasting and produce his own honey in small quantities.