Welcome to the twilight zone...

The weather in Soller has been amazing! | LL. GARCIA

The week between Christmas and New Year is a great week for journalism. We are all looking for news and stories to retell and instead the world has become sugar and spice! Let’s have a blackout on Data say the UK until after Christmas. Let’s all talk of peace, love and reconciliation and hold back the pending wars for a few days. It is the same every year but the 2021 version contains a lot of germs.

Christmas in Soller was full of Omicron management. Everyone knew someone who had it and some even caught the bug themselves. Two of our family ate their dinner in the garden out of respect of the wiggly line on the home testing kit. The only safe place to be was outside in the sunshine and fresh air – with a mask on. A huge amount of time was spent drinking Cava in the few places which remained open. I know I’m not the maths or science brain in our family but the rules are troubling me. You can’t get a home testing kit in Mallorca for love nor money. We are using tests brought in by visitors from the UK. Many people have the virus with no symptoms and are busy sharing their largesse wherever they go. How will they know they have it, if they can’t do an occasional random test? Everyone is going to get this in the next few weeks – it is inevitable. Two jabs, three jabs all seem irrelevant when you listen to the stories of who has actually caught it. The hospitals might be treating the unvaccinated but local health centres are treating those that have done exactly as they are told and still caught the virus. 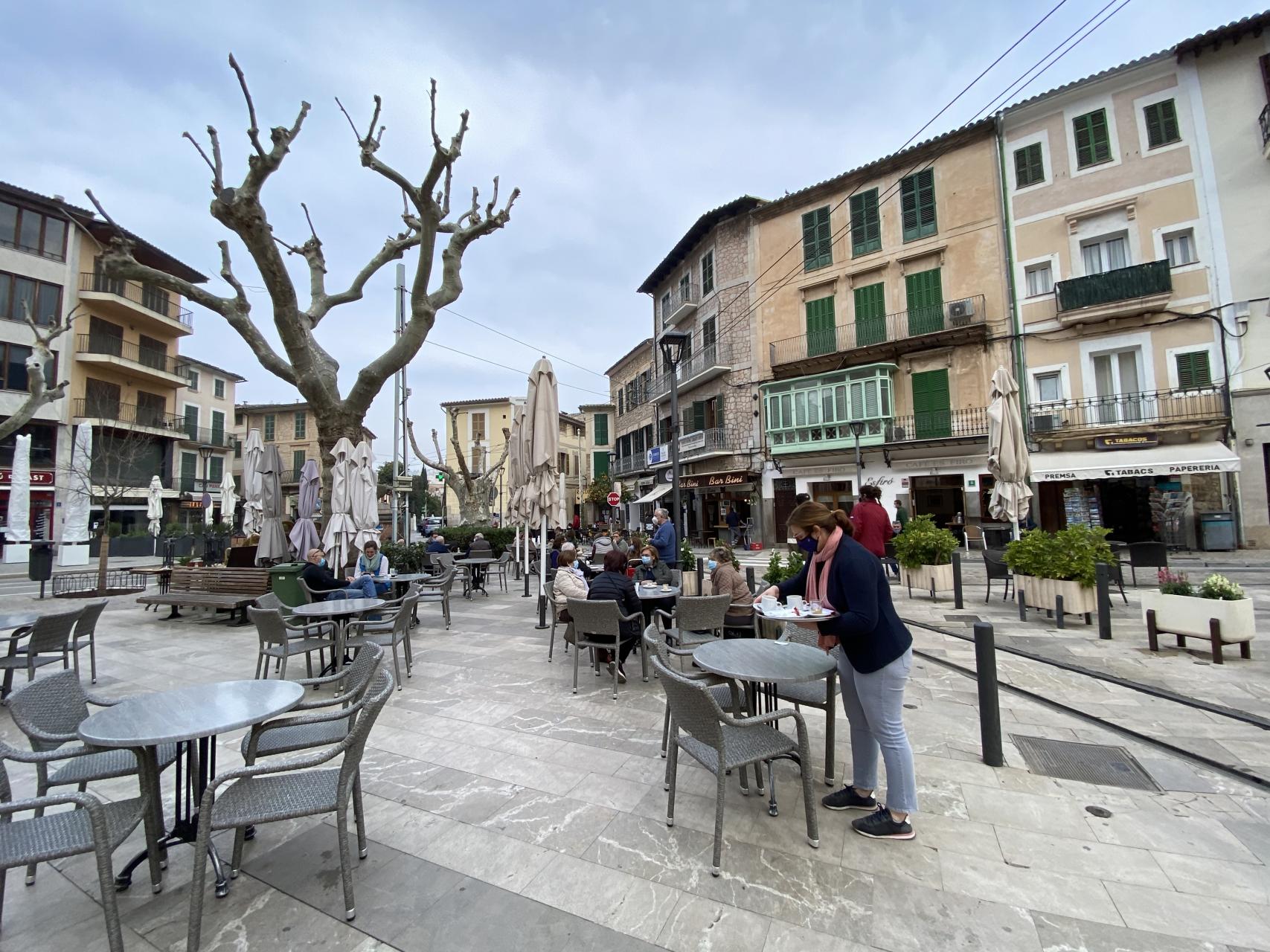 In the Soller Valley, the word of the days following Christmas, are ‘cancellation’. Big music events of Christmas Eve and New Year’s Eve cancelled. Wonderful music concerts did the same and in the end moving on everything to a later date was the only thing left. Let’s hope for a musical Spring in 2022 when the air will be filled with music every night.

Soller news is going on behind the scenes but nothing declared yet. This is a very significant time for our politicians as they are now less than two years away from the next local election. We have digging in the streets, tidying of the landscape, and ignoring of some of our main problems. Nothing deep seems to change but there is a lot of superficial gentrification going on. 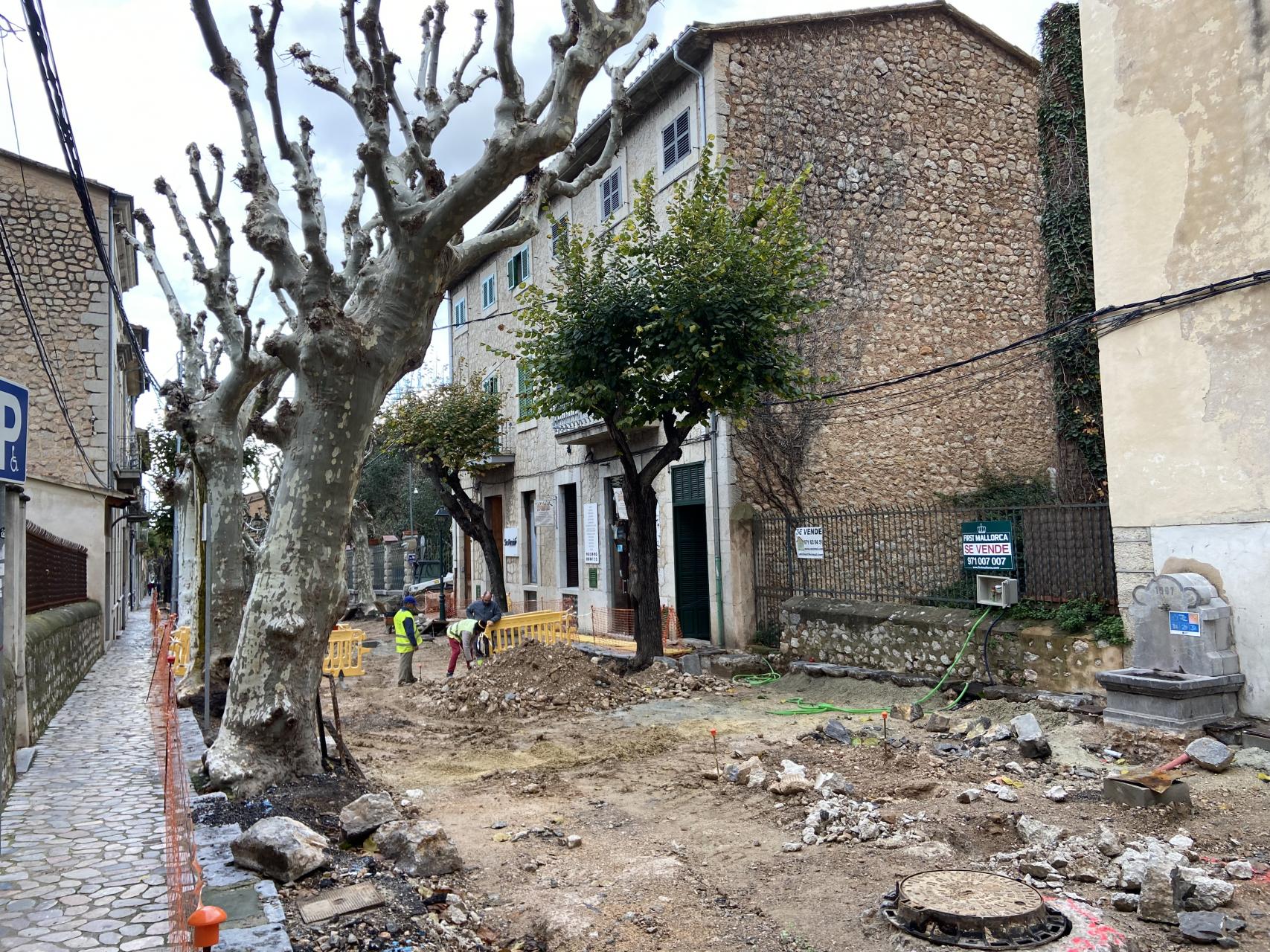 All things Soller for Radio One

Occasionally I have a voice on Radio One Mallorca and Thursday is the day. I will be talking to Jo in her Thursday programme about all things Soller and my eclectic taste in music. I range from Opera to Reggae with a huge chunk of Country in the middle. My musical taste was called into question at Christmas as my youngest granddaughter received a record player as a gift. Who has the best collection of vinyl – me! So all my taste was called into question as she came to borrow some records for the vinyl fest. Come on, Bob Marley lived round the corner and the Specials and Musical Youth were frequent visitors. Throw a bit of Ska in the mix as Madness were also neighbours. It’s no wonder anyone living in North London at the time was not afflicted with an interesting musical memory box.

Have to mention the weather for all those that took the decision to get here. The weather gods have rewarded you my friends. A few showers on Sunday after no rain for weeks. Now a glorious forecast for the next week, plenty of sunshine is on offer in the Soller Valley.

The walking trails are just waiting for you too, not to mention the cyclists who just can’t wait to be out there. Winter in Mallorca is a reality for some and they are very happy when they arrive. It’s all the talk of restrictions, testing and the ifs, buts and maybes, such as what would happen if they couldn’t get home at the end of the holiday. These are the items which are the big game changers.

See you next year!

The New Year hastens on and this is the last Spotlight on Soller for 2021. Thank you for reading our stories. Please carry on into 2022 finding out what we all do next – Happy New Year…

Mallorca travel restrictions for Britons to be eased