The final destination was the protected area of La Trapa, with the remains of the monastery, established by Trapist Monks in the 19th century. | Tony Trent

Y10 Bronze participants had to make last minute changes to their proposed expedition to the southwestern part of the Tramuntana to take into account the adverse climatic conditions that would have made the journey more complicated and potentially dangerous. The high temperatures and UV factor meant the teams had to plan shorter routes that made best use of the shaded forested areas. The final destination was the protected area of La Trapa, with the remains of the monastery, established by Trapist Monks in the 19th century. 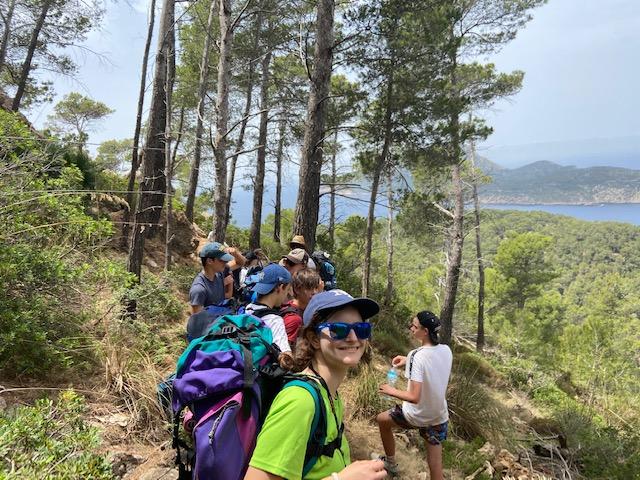 After an initial kit check and briefing, three teams from Queens set out from Sant Elm on different routes northwards to arrive at their first checkpoint which was the 15th century Torre Cala Basset watchtower high up on the cliff top. The next part involved the participants making their way down to the rocky cala where they had the opportunity to have a refreshing dip and cool off before heading back into the wooded area to pick up the GR221 which would lead them up the mountain and then along to the final destination at La Trapa. 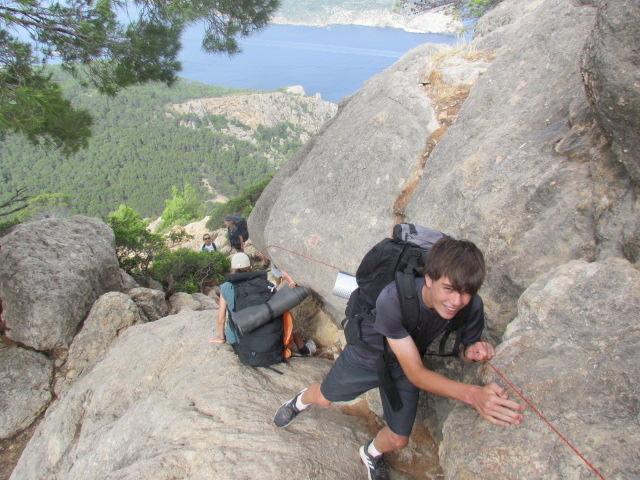 The two Bellver teams started out from the Coll de sa Gramola and took a different route along the GR221 westwards passing by the viewpoints at Les Bardes and Josep Sastre before continuing southwestwards. The journey required the participants to use their map skills, work in teams and navigate safely to the protected area of La Trapa. 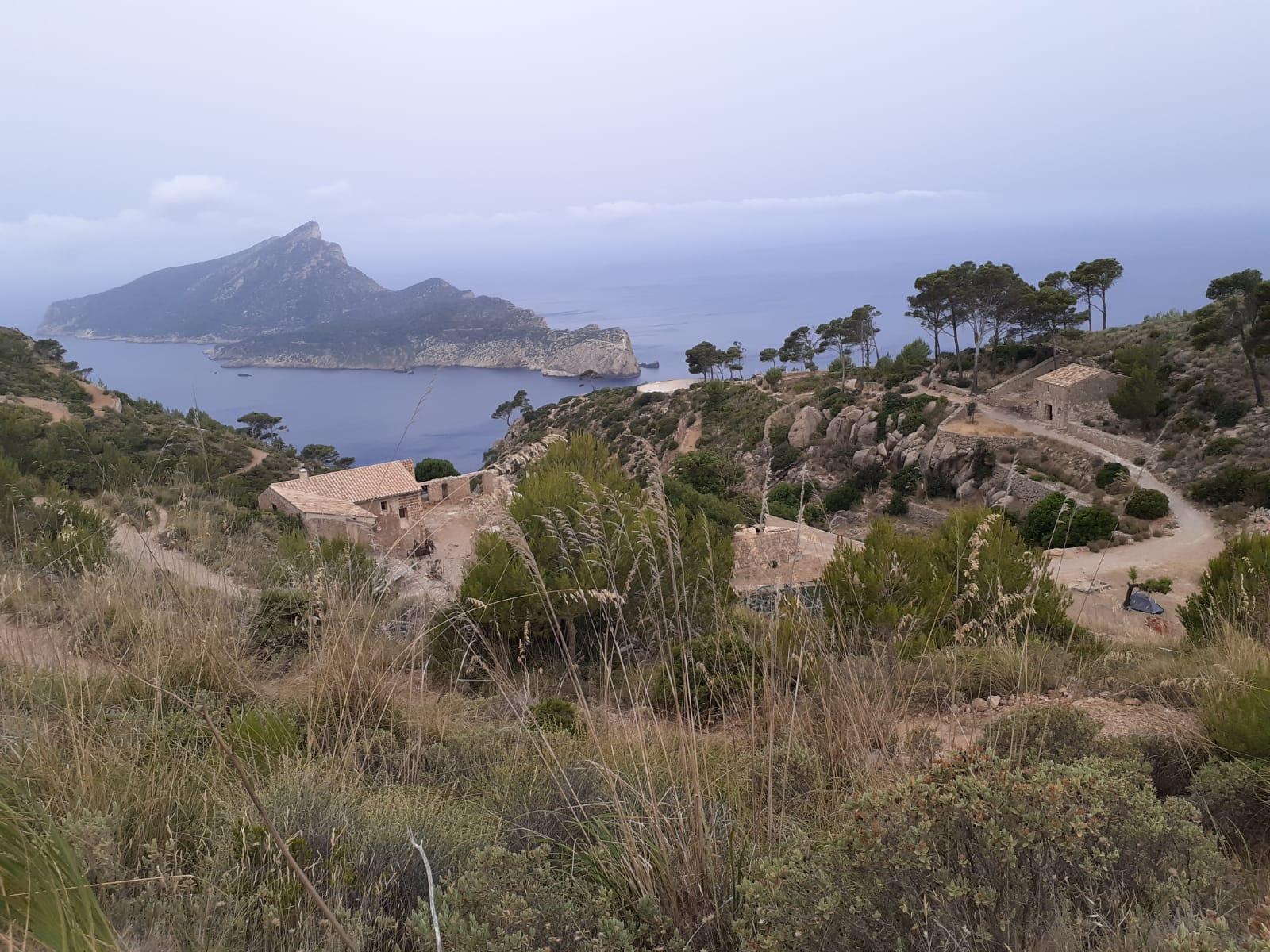 On arrival, the teams set up camp erecting their tents and after having a well earned rest were introduced to the next part of their two day journey which was taking part in some conservation work. Prior to the arrival of the Trapist monks, the main valley with its terraces at La Trapa was farmed for centuries and as part of the conservation work the students took part as volunteers organised by the GOB (Balearic Group for Ornithology and Conservation) undertaking tasks which included cleaning an ancient waterway, clearing drainage channels and working on the on-site allotment which cultivates many endemic species. 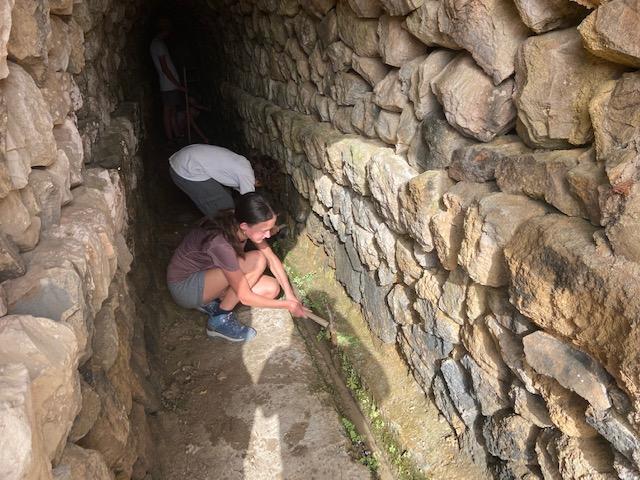 With the temperature starting to ease and after a relentless day under the sun, the participants were keen to prepare an evening meal before settling down with their peers to take in the breathtaking views of the area and particularly the magnificent Dragonera island just off the coast in front of them. 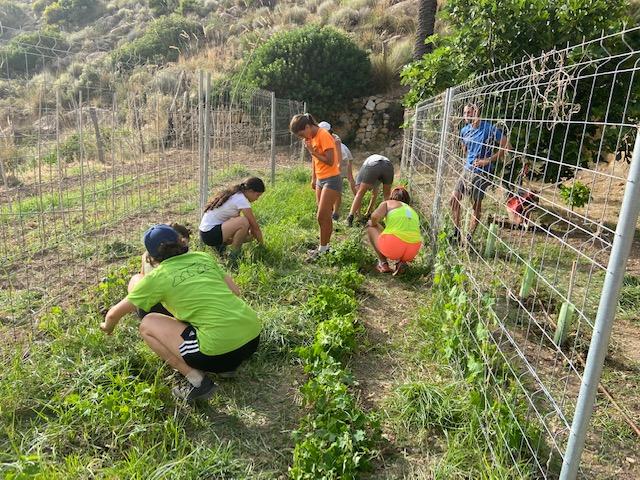 However, shortly after the teams had settled down for the evening the weather unexpectedly took a turn for the worse with high gusts of wind and sheets of lightning lighting up the sky close by. 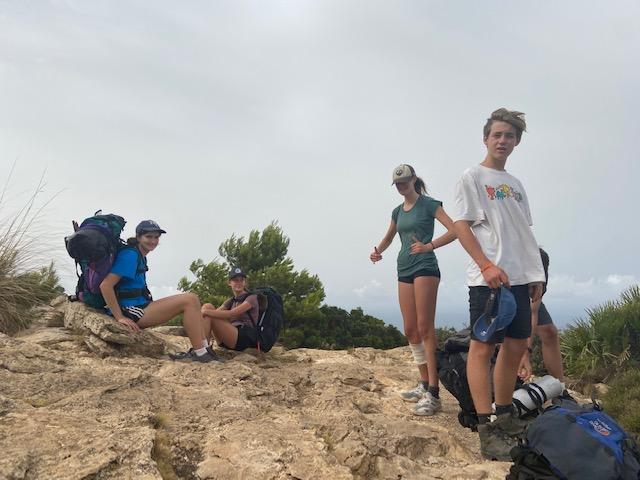 The teams had to ensure that their tents were well secured to the ground and prepared to move inside if needed. The weather eventually eased and moved away and the participants were able to get some sleep before the morning call. 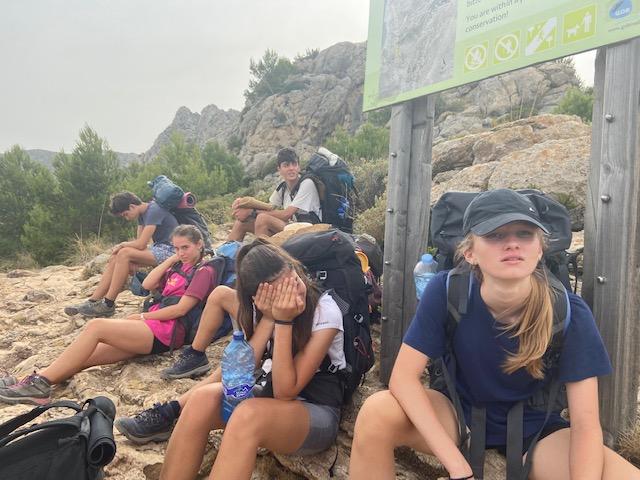 Day two and after a good breakfast the participants were keen to get going and after a briefing with the assessor the decision was made to make their way back over the ridge and down once again towards Sant Elm. Some teams while trekking down took advantage and re-routed for a morning dip at Cala Basset before arriving at the final destination at Cala SÁlgar in Sant Elm.

The expedition assessors and supervisors were extremely pleased with the progress that the students had made not just as individuals but also collectively. Working in an unfamiliar environment and dealing with the challenges that the journey had prepared for them meant at times the participants had to be outside their comfort zone yet at the same time provided a lot of fun, satisfaction and accomplishment. 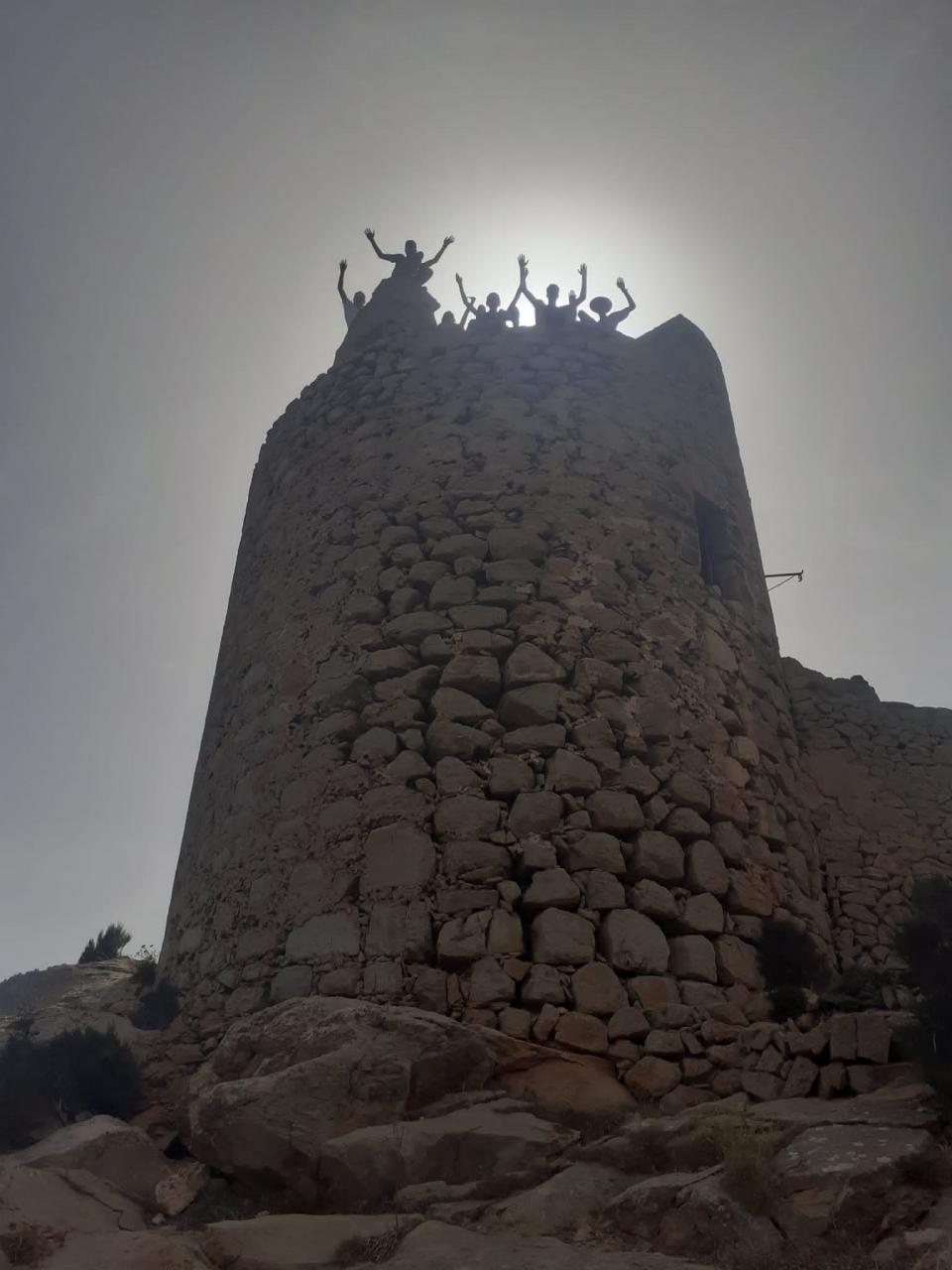 With another successful expedition under their belts the students are keen to take on the Qualifying Expedition on their return back to school after the school summer holidays.

Let's Keep Our Island Clean: A Call to a Responsible Stewardship