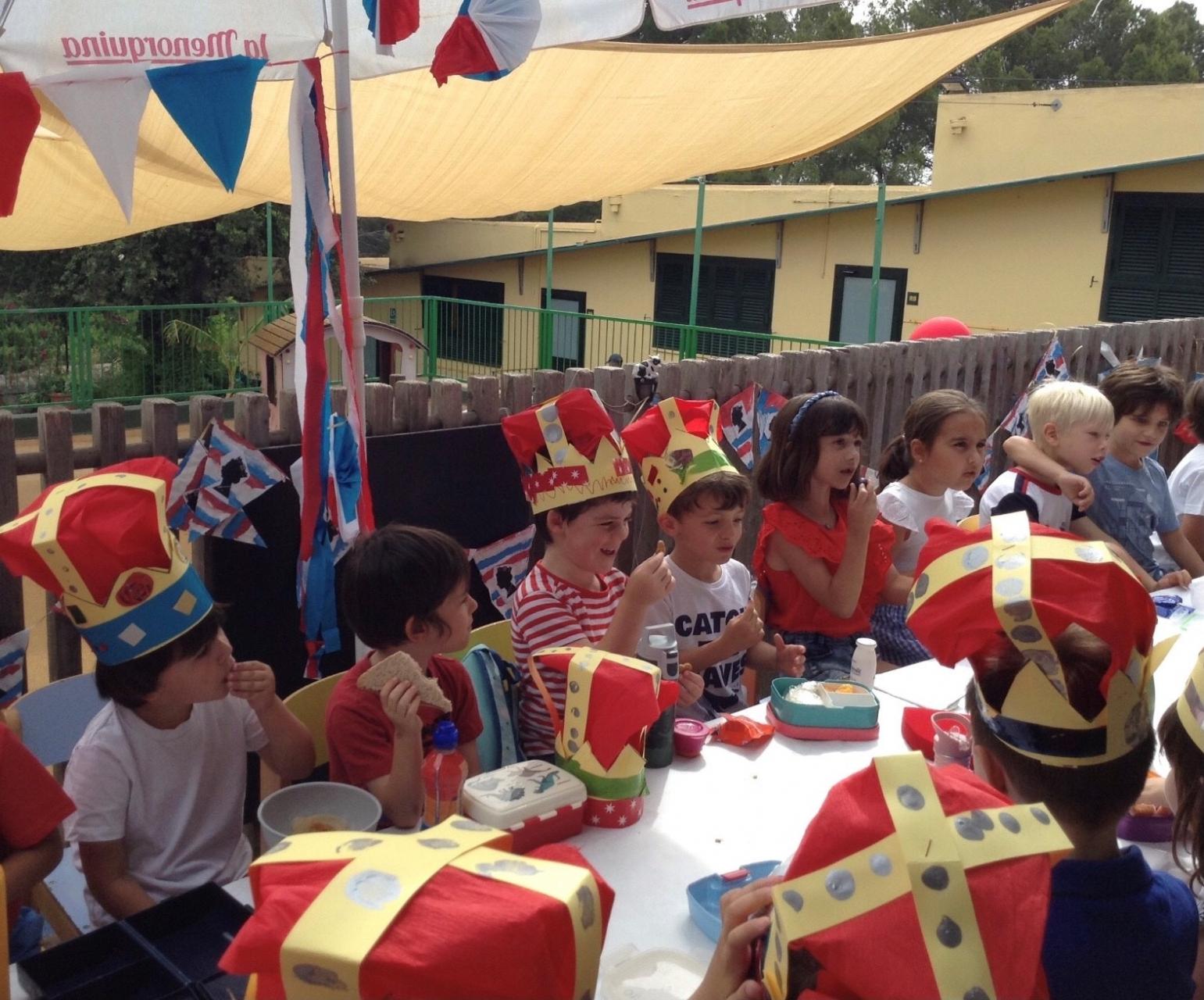 The Early Years’ gallery was decked with bunting, flags and picnic tables to echo a magnificent street party in celebration of the Queen’s amazing 70 years on the throne. 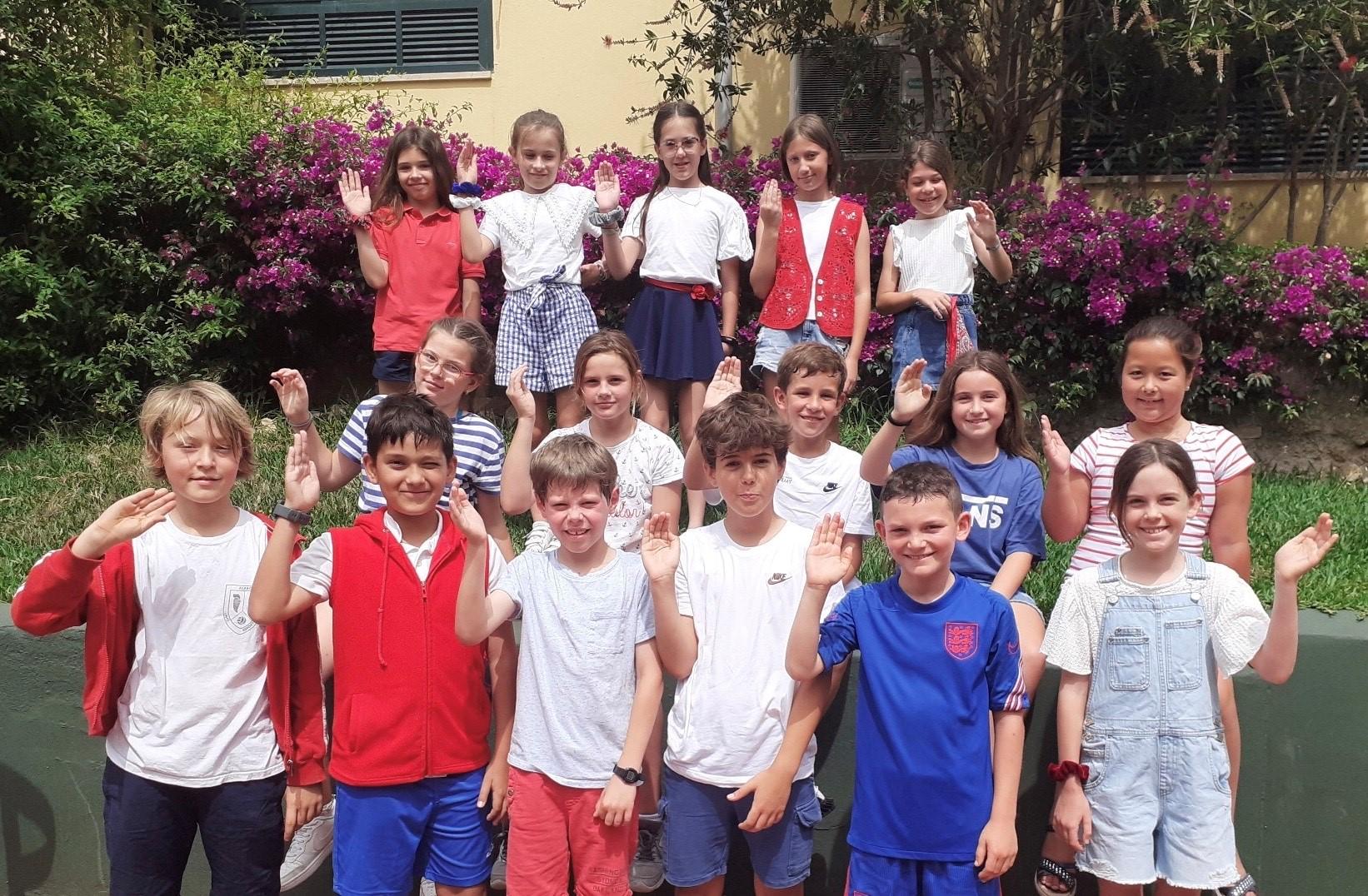 The whole primary department came to school dressed in red, white and blue; many outfits proudly displayed a Union Jack. 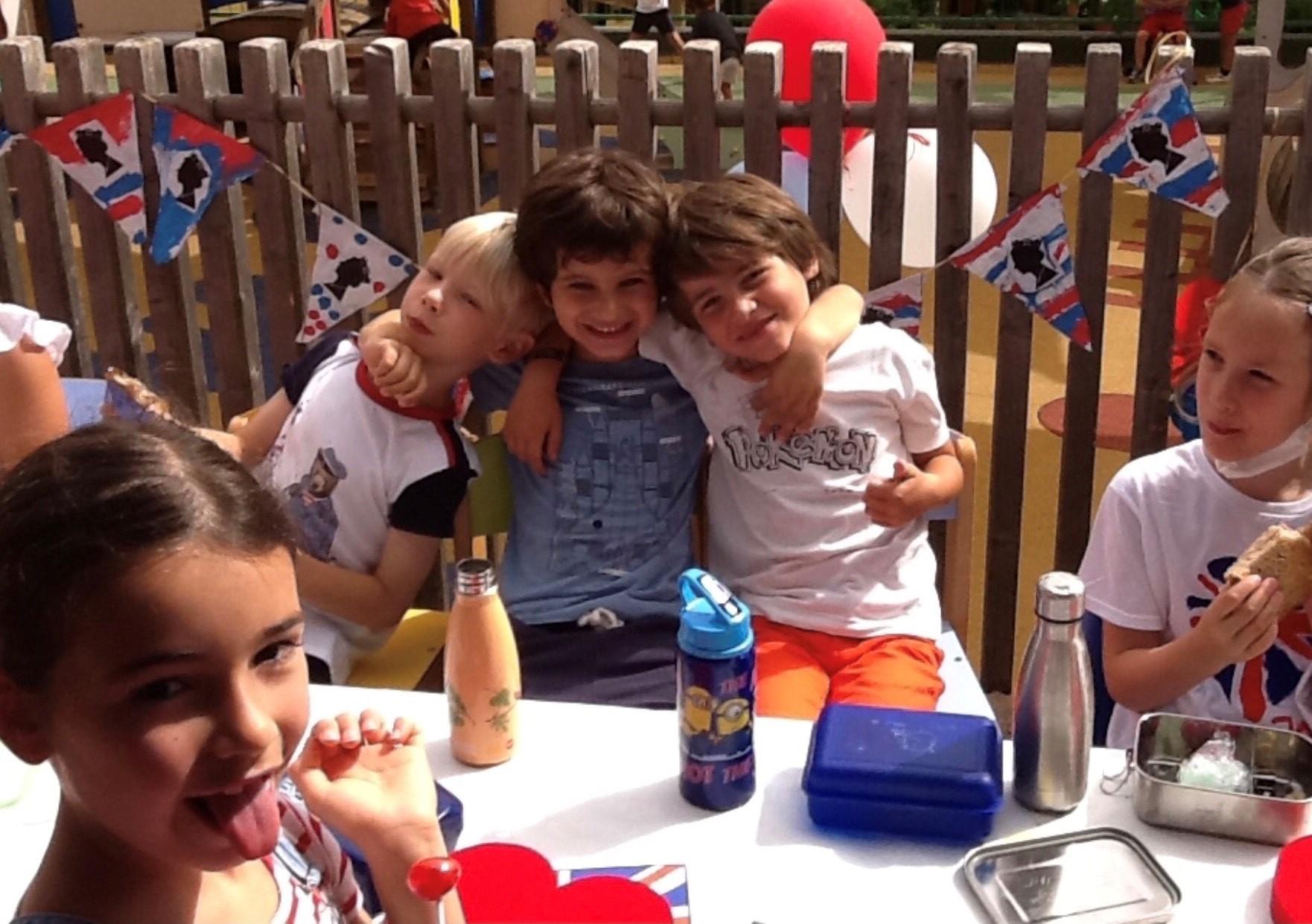 Flags and ribbons fluttered in the light breeze. The children had made their own garlands and bunting as well as huge ER II postage stamps! The youngest children had made some fabulous crowns and orbs which they proudly wore to their Jubilee Day pageant.

Everyone brought in their very own picnic and yes, there were a couple of marmalade sandwiches as we know they are the Queen’s favourite (and Paddington’s!)

Each year group carried out jubilee activities with drawings of Royal corgis, swans, tea pots and china cups, the Queen herself as well as so many British iconic monuments. 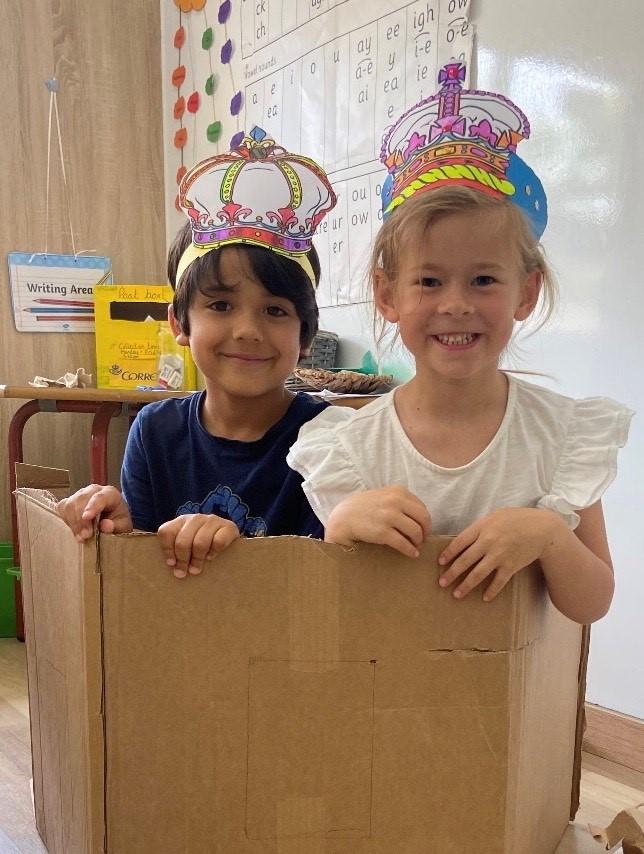 The Year 2 children wrote letters to Her Majesty asking questions about the highlights of her reign, many wanted to know about her golden coach and how comfortable it was. They were also fascinated to learn that all the swans belong to the Queen! 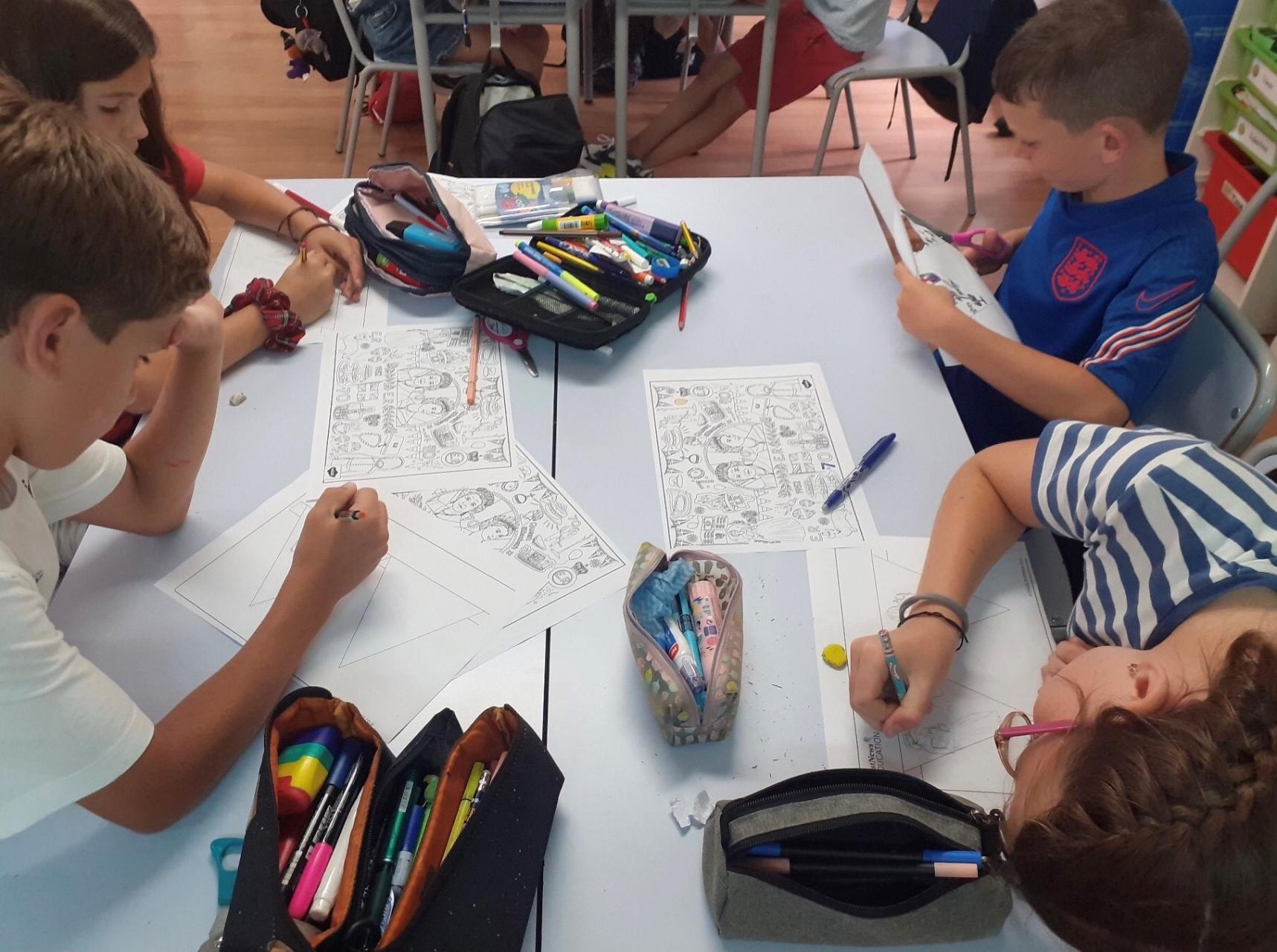 The older children loved perfecting a very royal wave for their group photographs! They were also interested to research about the roles carried out by the Queen when she was a princess during World War II. 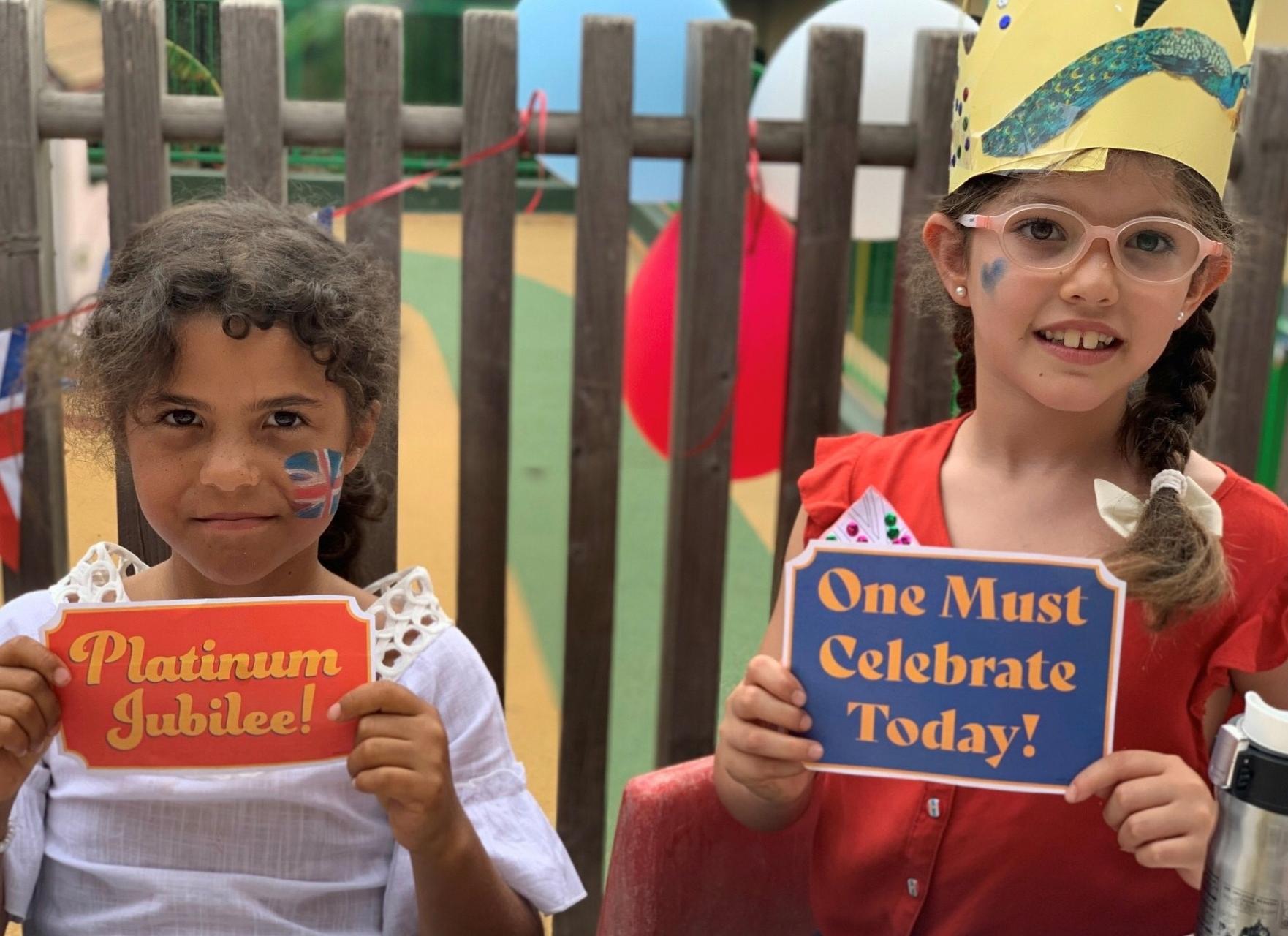 The Queen’s College Platinum Jubilee celebrations in honour of Queen Elizabeth were made so much sweeter with the exciting news released the day before when the school heard about their very own “first lady”, Mrs Muntaner and her wonderful MBE!

End of school year at the Academy International School