A 22-year-old love affair with Mallorca sadly came to an end this year. Just over two decades ago, former Liverpool, Real Madrid and England football star Steven McManaman and his then girlfriend, barrister Victoria Edwards, bought their first house together in Son Vida.
But Steven spent last month helping his wife expertly putting things into very different boxes than he was used to as a professional footballer.

Instead of placing choice passes he was famous for into penalty boxes, he was busy putting things into packing boxes.

“We’d always loved the island and Steven’s first match for Real Madrid was against Real Mallorca in Palma,” Victoria told the Bulletin just days before they moved out of their Son Vida home and left the island - she struggled to hold back her tears against the noise from the construction sites surrounding the property.

“In fact he set up the winning goal and we immediately knew we wanted to buy a home on the island. Which we did and we got to know and love the island even more, its great restaurants and nightlife, the lovely people and the general way of life. Not to mention being able to stay out of the limelight and enjoy the peace and quiet and what were uninterrupted, spectacular views from our home out across Palma and the bay.”

However, they have now been forced to sell up and move back to the United Kingdom because, according to Victoria, their lives in Son Vida have been ruined by all of the construction work that has been going on for a number of years now but has really escalated in the last few years.

“Steven and I have made the very difficult decision to sell our house in Son Vida after 22 years here.

“I am incredibly emotional about it as we have so many happy memories, but life in Son Vida has become unbearable. When we come here during the very short periods of time that Steven has off, we have absolutely no quality of life and no peace. 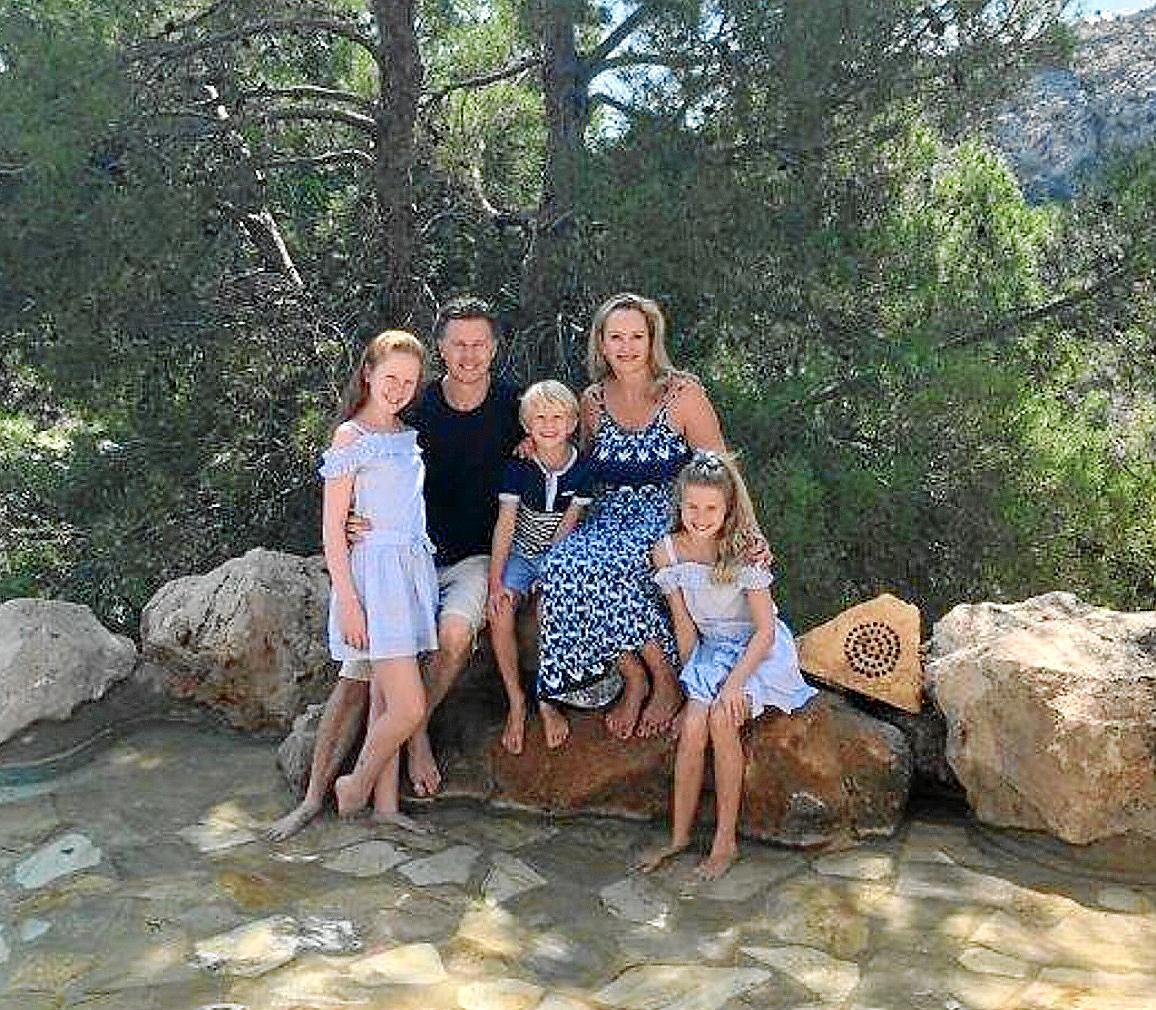 “Son Vida has become a complete building site. The area has been ruined. When we bought our house, the mountain to the right side of our property was classed as a Green Zone and could never be built on. Or so they said. A huge road has since been built on that mountain with hundreds of building plots.

“The noise we were subjected to every day was incredible. Well above the legal limit, over 90 decibels!
“In the past there were tight regulations over building noise. Sadly this is no longer the case.

“Thanks to the rules and restrictions regarding building work, we used to enjoy plenty of peace during the summer months.

“Other areas in Mallorca still apply the rules during the summer, but not in Son Vida.
“We have been subjected to incessant digging into the mountain from 9am until 8pm six days a week!
“I only visited the island for holidays with the children but was forced to leave my house every day other than a Sunday to get away from the noise, not to mention all the dust that blew over! I don’t know how people live here permanently, it is just intolerable!,” she said.
“The Son Vida residents association does nothing to help.

“It does not fight for the rights of the residents here.
“Myself and some of my neighbours decided to take matters into our own hands.
“We instructed lawyers to contact the council as the noise level is against the law. We paid for technicians to come and measure the decibels.

“Our lawyers told us we had grounds to take the matter to the European Union and force Palma Council to follow EU directives, but everything was taking so long and costing a lot of money. We contacted the Mayor of Palma. We spent thousands of euros but made little progress. No one seemed to care.

“You had to fight each developer individually to get them to keep the noise below the legal limit, but by the time you had fought one, more diggers arrived to start on the next plot. We were fighting a losing battle.
“There also used to be tight restrictions as to the number of plots that could be built on each year. Not any more.

“It is a free for all with greedy developers hacking away at the mountain, building huge houses on small plots ridiculously close together. Again, there used to be restrictions as to the percentage of land you could build on a plot and how close it could be to the boundary of the next plot - this has all changed. 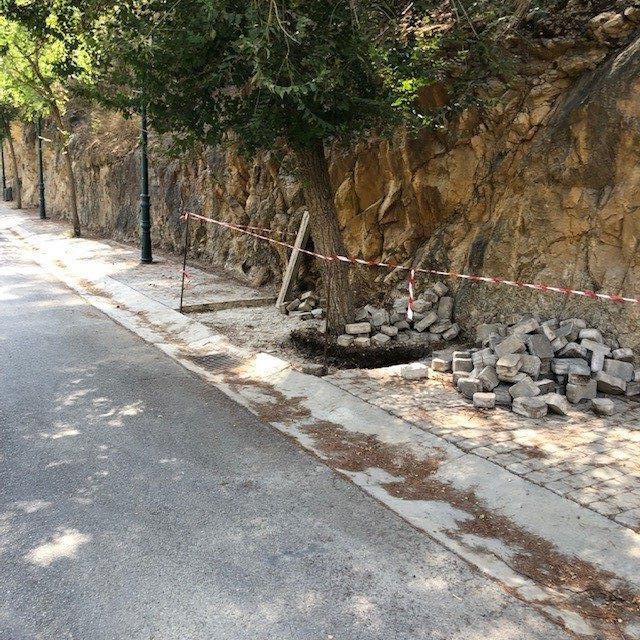 “On top of the noise, the sheer level of construction and the number of lorries and wagons have ruined the roads.

“We paid the highest level of council tax but we had no pavements.
“Roads were badly patched up from the damage caused by the lorries.
“I have always enjoyed walking the hills of Son Vida - no longer.
“A morning walk is taking your life in your own hands as the lorries career at speed around the bends without any regard for pedestrians.

“I am devastated. Mallorca has been a very special part of our lives for so long now.
“The house here was the first property we bought together.

“Steven proposed on the terrace here, we got married in Palma Cathedral on July 6, 2002, our children have grown from babies here, learnt to swim in the pool here.”

The marriage was a very glamorous affair with guests including the likes of David James, Ivan Campo, Aitor Karanka, Jamie Redknapp and the late former footballer and commentator, Michael Robinson.

“But the past few years have been hell, and tragically we were left with no decision but to sell up and leave the island.
“All of us are extremely upset, but it reached the point that we could not even enjoy a drink or meals on the terrace, we had to stay indoors and close all of the windows. Even then you could still hear the noise and feel the ground shake.

“I packed up the house looking at all the building work going on through the windows while nursing a splitting headache caused by the noise.
“It was not a decision we took lightly. We have had such wonderful times here and celebrated many special occasions.

“Both our respective families loved it here too and we have so many incredible memories.
“My brother got married at the Castillo Hotel Son Vida, my brother-in-law proposed to my sister on a walk in the hills of Son Vida. My parents even had their own room and have had to come over and pack up, they will miss it so much as it has been such a family home.
“We could have moved to another location in Mallorca but it would not have been the same. Our home in Son Vida meant so much to us, it’s where it all began.

“Will we return? I hope we do one day, but it is going to feel very raw for a while and we are all going to miss Mallorca so much,” Victoria said.

That said, Steven remains the only Englishman to have won the Champions League twice with a foreign club, as he did with Real Madrid in 2000 and 2002.
He was a La Liga winner twice in 2001 and 2003, and lifted the UEFA Super Cup and the Intercontinental Cup during his days with Real Madrid. And ironically, Steven showed off his language skills last year in a new advert for Uber Eats.
“ It was the perfect example of how we embraced Spain and Spain embraced Steven,” Victoria said.

The advert featured Steven talking straight to camera in Spanish.
“This country is moved by something more than football - food,” he said.
“Coming from abroad it’s easier to see how food can move you,” he said at the end of the advert which was designed to highlight Spanish cuisine.
“We love Spain, the food, the people and the lifestyle.
“It was a huge compliment to Steven to be asked to do that advert.

“We loved living in Madrid when he played there. And when we left, we loved still having the house in Mallorca and spending as much time as possible on the island every year.
“I cannot actually believe we haven’t got that link to Spain any more and it will leave a huge hole in our lives.

“The world is a big place though and I suppose that Spain will forever have a special place in our hearts, but this is an opportunity to show the children other countries and cultures!” Victoria added trying to look on the bright side.

And the McManamans are not alone, according to Victoria.
“Our neighbours in Son Vida are carrying on the fight for peace and the right to enjoy their properties and gardens, with lawyers acting on their behalf. Others have given up and already moved and many are planning on leaving the area. They are fed up with having to put up with the noise six days per week and with nobody appearing to care about how their lives have been ruined.

“And they are of course worried about the situation getting worse in the future. So, like us, they are making the heartbreaking decision to cut and run before things really get out of control.
“Apart from the visual impact, we have gathered professional evidence of legal noise levels being constantly broken. But so far, our complaints have fallen on deaf ears and it is so very sad,” she said.

So someone bought their place? Even after painting such a poor picture of the place! Hahaha. Deaf, dumb, blind and dumber, presumably.

This is nothing new - just look at the hills around Andratx port, Santa Ponca and just about every other coastal area. When politicians say 'We've learnt from the mistakes of the past' what they mean is they only destroy the environment for homes for rich foreigners now, not for local people on normal wages. And for everyone complaining about building noise and dust - do you think that when your house or flat was built, it didn't create noise and dust and annoy the existing residents!

I totally agree Mallorcas greed is escalating. Continuous building work and its associated noise is a total disgrace. To be driven out of your home , and not be compensated. Illustrates the greed that now encompasses the whole Island. NOT IN MY BACK YARD COMES TO MIND!!! For those who are coining in the Euros, but not being affected by their actions.

Welcome to the new greedy Mallorca. It's the same with all municipalities here, greedy for funds at the expense of the community, whom they are supposed to serve. Andratx spent a fortune on laminated signs hung on every lampost, pole, even trees in the square with a figure of how much it costs to repair. They even hung one on a barrier pole outside my house which has been damaged by trucks squeezing down the narrow streets, but it hasn't ever been repaired. Nice work to whichever relation got the printing contract.

Well that's good publicity for the island. Not. And they are so desperate for the rich to come.

How will Mallorca ever survive without him!