From fighting the Taliban to battling drugs and alcohol

AFGHANISTAN veteran Sean Willers is currently working at his Balearic winter base in Ibiza, from where he is running his global online fitness business as a trainer and coach while also working with a number of clients on a one-to-one basis. But although he is only 34, he has had to win a series of battles to get to where he is today.

Sean admits that he has been his own worst enemy for most of his life and, apart from a tour of Afghanistan fighting the Taliban with the RAF regiment, which he said was “eye opening”, he spent many years fighting his addiction to alcohol and drugs - in fact they nearly killed him. It was not until he accidentally overdosed in 2021 and spent all of his money on alcohol and drugs in one night that he turned his life around.

Talking to the Bulletin this week, the former British soldier who served a six-month tour of Afghanistan on Operation Herrick as a Regiment Gunner in the No. 2 Squadron RAF Regiment, said that the military had always been part of his life. “My father had been in the parachute regiment and as a very young boy I always wanted to join the forces. But my dad left when I was three, my mother was an alcoholic and I guess, looking back, it all rubbed off on me. 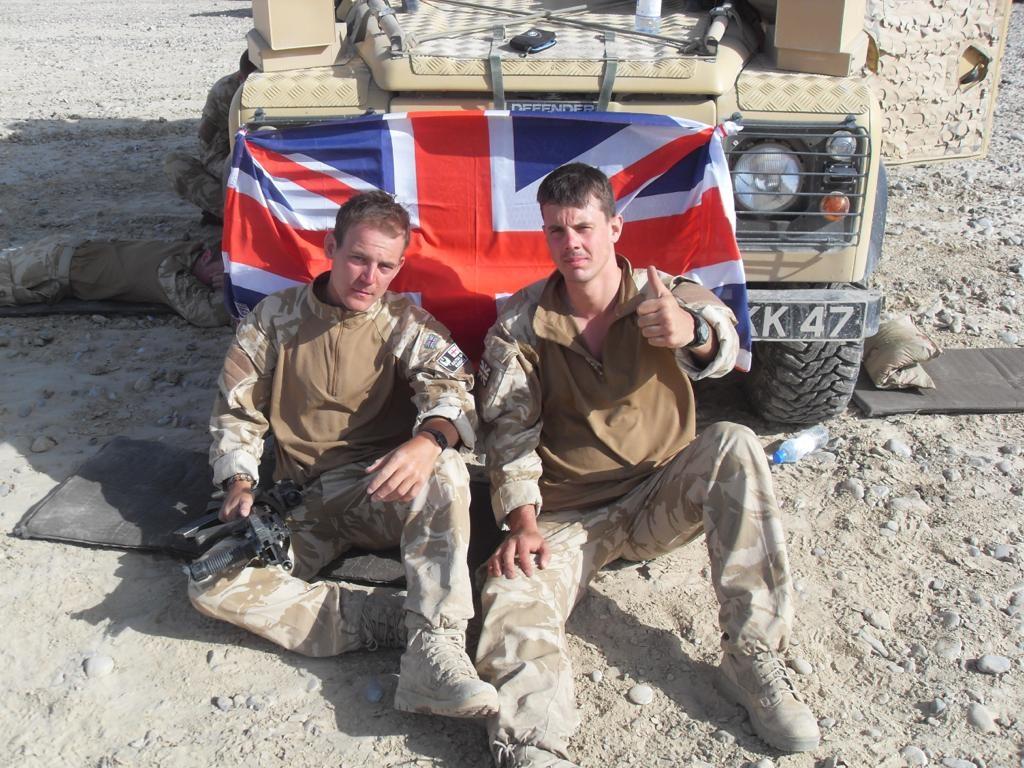 “I was always getting into trouble at school, I was always mouthing off. Then in my mid teens I moved into a hostel, which I eventually got kicked out of and found myself homeless for a while, and it was then, aged around 14 or 15 that I started drinking. You know, that bottle of cider with your mates on a Friday night and then things began to spiral out of control. I got into trouble with the police - all that kind of stuff - and I became a really bad drunk, which did not help.

“But I then moved to Wolverhampton, West Midlands, which is where I found my true fitness passion. I joined a local Thai boxing gym which was run by a seven-times heavyweight world champion. I bet you didn’t know that the West Midlands have produced the most Thai boxing champions outside of Thailand, and that was really inspirational for me. I began to start seeing the error of my ways and that I needed to get my act together. I had some discipline back in my life and I was going to night school.

“One of the guys at the gym was ex-military and we got talking and after a while I decided that I was going to join up, which I did, although I had to sort out my ‘previouses’ first. I was not going to get signed up with a criminal record. It was nothing serious but I had to clear my name, which I did and then embarked on a four-year service.

“Needless to say, I got into trouble during basic training. On the final weekend, like an idiot I got pissed and, as a punishment, was given 16 hours of ‘change parade’, which required me to appear on parade in full uniform on the hour every hour for inspection. But I loved, it, I was super keen and before we knew it, we were deployed to Afghanistan in 2010, where we lost one of the young lads early on. What really opened my eyes was seeing all the kids with no shoes on, no school to go to, no future and that has always stayed with me.

"After the four years, I could have served another year and got my wings but I decided to leave. I wanted to go into personal training. I got a job with Virgin Active, which was one of the best jobs I’ve ever had; it was a great crew of people. I was super motivated and confident and then I heard that Southend Airport was expanding and needed firefighters, so I decided to give that a go and was sent up to Aberdeen for three months training. 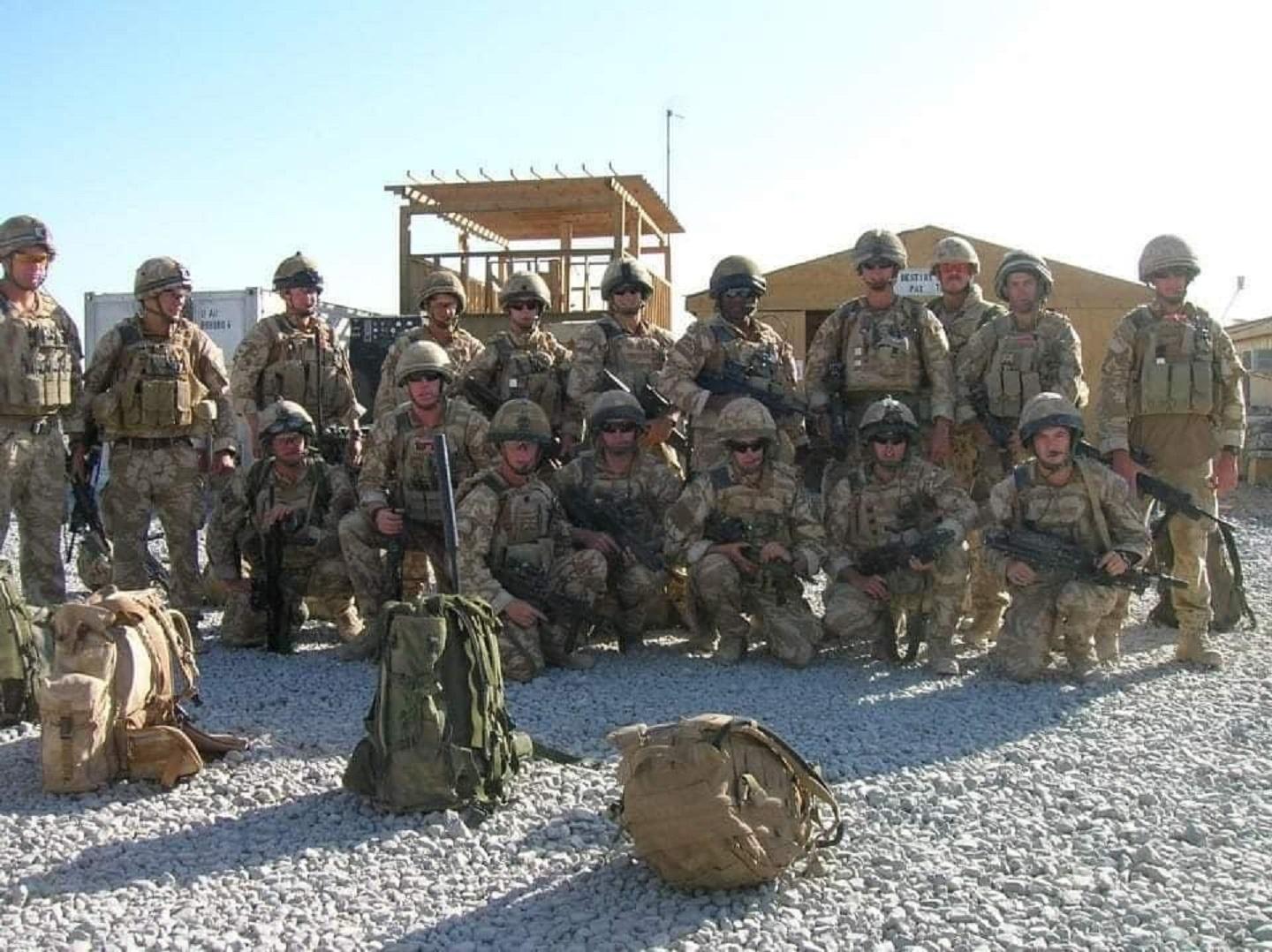 "Needless to say, on the final day of training I got pissed again, brought the company into disrepute and after a series of complaints was sacked for gross misconduct. I’d done it again, I was devastated. I then ended up working as a fitness consultant at Essex University but my heart was not in it and that is when things began to get out of control again.

“I’d always been really close to my brother Liam - he’s now a major long-distance runner, does all the Ironman stuff and will be running the London Marathon in April - but we were both really into DJing and music and decided to try and break into the music industry.

“We quickly began to attract interest from labels and influential figures within the house-music industry.
“As the Willers Brothers we did well. We were signed up to a weekly residency at a London club called Egg, playing there for four years, and we were then signed by the Watergate agency in Berlin, Germany.

“We moved to Berlin, where we performed at all the top clubs. The underground music scene there is amazing, it’s mental and I went mental with all the after parties. I was back on the booze and the drugs big time and things went from bad to worse overnight. We lost contracts and, just as the pandemic broke out, I had no money and was stuck in Berlin. I couldn’t get out of the country and back to the UK.

“I was overweight, I had awful sleep, anxiety, mental health issues, bad acid reflux problems, and I had just gone from the fittest I’d ever been, in the military, a war hero, to just some drug addict.

“We were living in the east of the city in some Soviet-style apartment. It was the pits but I managed to get a job with Amazon and it was on the nightshift, so I did not have any time to go clubbing or, more importantly, drinking and taking drugs. I would work nights, come home and sleep, get up at midday and go running. I started eating properly again, weighing my food and getting back in shape. I guess that job, the pandemic, saved my life because I was a train crash waiting to happen. But it was not all over yet. Once the restrictions were lifted, Liam and I moved back to the UK to Southampton where I had some ex-military mates. But before I knew it, one night in July 2021 I was rushed to hospital due to excessive cocaine consumption. I had spent all of my money that night and ended up being picked up by the police. I’ve got no clue what happened, just that I also ended up with a gash to my head.

“By then my dad, who I had always looked up to, was back on the scene and I just sat there with him crying. Looking back, that was the breaking point. Had that not happened, I would have probably continued in the music industry and abusing alcohol and drugs.

“But I didn’t. With the support of my dad, who had also been a big endurance runner along with my mum before she became an alcoholic as well, I got my act together. Even though I wasn’t qualified, I got a job as PE teacher at a local school in Southampton. The guy in charge was ex-military and gave me a chance. I loved it and used that time to fully qualify as a personal trainer. I realised that my true passion was helping others with their fitness and health. I loved working with the kids, I was even giving training sessions to the teachers and some of the parents. It was great and hard to walk away from to start up my own business - Willers Fitness.

“I started on Instagram and soon gathered a few thousand followers. Then one of my old friends in the music industry in Ibiza approached me for some coaching and he had some 50,000 followers who locked onto me. I soon realised that there was no service of this kind for people in the music industry, for DJs faced with all the temptations which come with the after parties, etc.

“So while I am working with people be it online or in person from all walks of life, I am also offering a a support line for people in the music industry.
“This is why I now split my time between Ibiza and the UK, where most of my clients are in London. But here in Ibiza, it’s paradise for people looking for a healthy life.

“The weather, the sea, the beaches, the fresh air, it’s got it all and I’m currently working on setting up some fitness retreats for later this year. I’ve now got clients in some 14 different countries and the business is growing all the time.

“Fitness saved me and it’s not as complicated as people think . It’s not all about having a great six pack, it’s about healthy eating, feeling good and thinking straight. If you don’t fancy the gym, fine, then find something that you enjoy doing for exercise. Once you start, the rest will follow. I know, I’ve been there and back and I am now fighting fit.”
To contact Sean: www.instagram.com/willersfitness/

Mallorca flights to the heart of Kent on the horizon

Brits heading for the Balearics warned of airport strike action

Interesting article. Good luck to him!