“William and Kate will save the monarchy in Australia”

“Australian are Elizabethans, they loved and respected the Queen, not too sure about Charles, but I don’t think the country has the stomach to become a republic just yet. But no doubt once things die down, we’ll have that conversation again.”

Britain's Prince William, Kate, Princess of Wales, Prince Harry, and Meghan, Duchess of Sussex, leave after they paid their respects to Queen Elizabeth II in Westminster Hall for the Lying-in State, in London, Wednesday, Sept. 14, 2022. Emilio Morenatti/Pool via REUTERS | POOL

Award-winning Australian journalist and presenter Chris Reason had to cut a brief holiday in northern Queensland short to fly to London to cover the death of the Queen; he had only just returned from another stint in Ukraine. But having spent many years based in London for Channel 7, he has covered numerous royal stories, not to mention the divorce of Prince Charles and Lady Di and all the other scandals during 1992 - including the great fire at Windsor Castle. His first year in London was, as the late Queen called it, her ‘Annus Horribilis’. 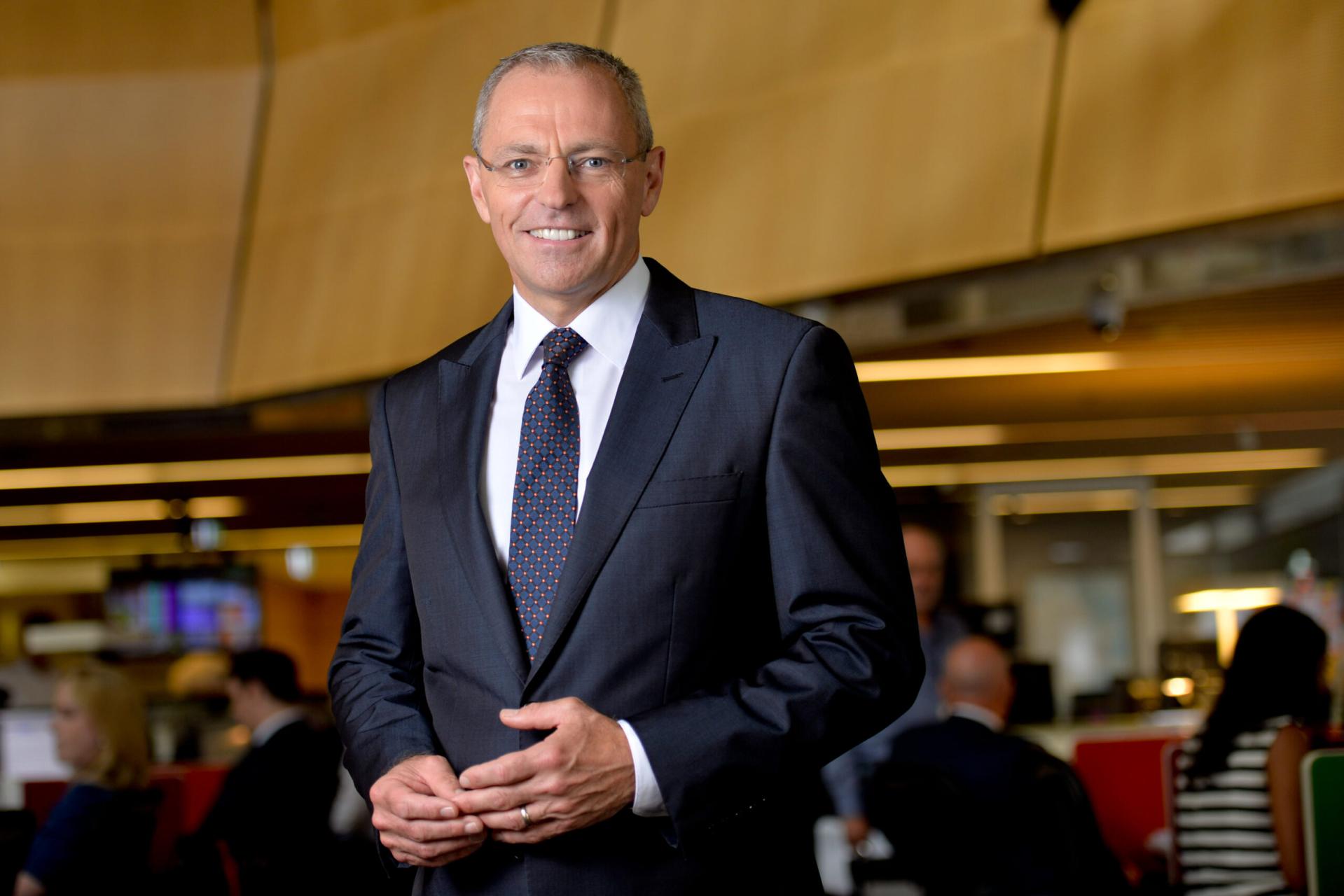 Now he is back in London covering what he describes as a “momentous moment in history”.
“We all knew her death was coming. The past few months appeared to have taken its toll on the Queen and not only the media in Australia but I would presume around the world, especially the Commonwealth, were on alert. That said, the news broke early in the morning where we were, and it was an extremely sad moment. I wouldn’t say it was a shock, but I was out early and I could see people stopping what they were doing, taking a deep breath and contemplating what had just happened.

“The conversation about the monarchy in Australia has been going on for years, perhaps ever since ‘settlement’ in 1788. But monarchists and republicans in Australia loved and respected the Queen. She lived an extremely great life, accomplished a great deal and she had an extraordinary impact on people wherever she went and the various administrations which make up the Commonwealth. She never got too involved, she let politics take its course and for those reasons she was dearly loved all over the world. What happens now remains to be seen.

“We’ve already witnessed the likes of Barbados exit the Commonwealth and no doubt there will be other members which may follow suit once things settle down.
“But in Australia, my gut feeling is that any attempts by the republican movement to push for another referendum and independence will fail.

“We had a referendum in 1999 and it failed, mainly because the republicans did not have a proper plan. They do now, however, and that would involve each of the six states and two territories nominating a candidate to be president, and then they would be put forward for a national popular vote. 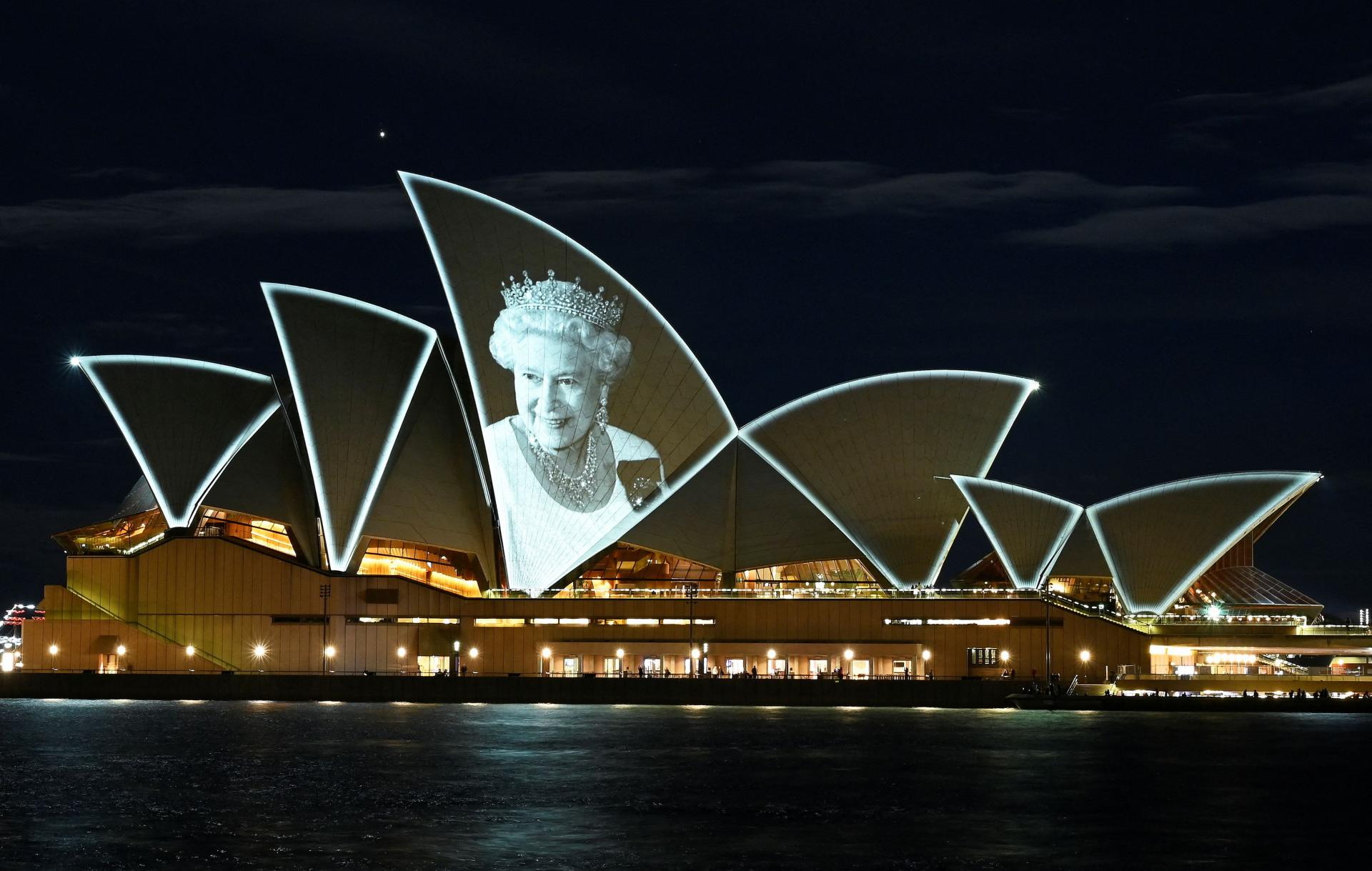 “That all sounds very simple, but for Australia to become a republic it would involve rewriting the constitution and changing the whole political system. And to be honest, my gut feeling is that most Australians would again vote against it. As they say, ‘if it ain’t broke, don’t fix it’, and I think most Australians would rather wait. The vast majority are Elizabethans and I think the saving grace is that not too far down the line are William and Kate and the kids, and they are hugely popular in Australia and New Zealand.

“I not only covered their wedding but also their tours Down Under and were a huge success.
“One has to take into account that there is a whole young generation which did not vote in the 1999 referendum, but they would be able to if there was one now. I think many of them would vote in favour of keeping the monarchy, with the expectation of William coming to the throne sooner rather than later. They will save the monarchy in Australia and I think in many other Commonwealth countries.

“A recent poll carried out in Australia showed that support for the monarchy has actually risen by five percent, so it’s now a 60-40 split, and I think events over the past week may have pushed that support up even further.

“Charles is not that popular and he is certainly not his mother, but I think most people will give him the benefit of the doubt, knowing what is going to come next.
“But for sure, once things die down, I am sure Australia will have the conversation again and it will be interesting to see how that develops.

“There are pockets which are very strongly republican, plus one has to take into account the Aborigines. The Aboriginal people were greatly weakened as a result of the British arrival in January 1788 and have never recovered, although that is also partly due to how previous Australian governments have treated them. So, there is a great deal of bitterness there. And the ARM, Australian Republican Movement, argues that Australia should replace the monarchy with an Australian as president and head of state. It contends that ‘the benefits of this system are a head of state who can exclusively represent Australian interests, a system that better aligns with democratic institutions, a fully independent constitution and a head of state who can represent Australian values’. But my feeling is that, right now, they would fail again.

“While Australia deep down may be a republican country, most people are rather conservative, and such a drastic change to the political system would not appeal to the majority of voters.
“That said, things did come to a head in 1975 with the Australian constitutional crisis, also known simply as the Dismissal, which culminated in the dismissal from office of the prime minister, Gough Whitlam of the Australian Labour Party, by the Governor-General Sir John Kerr, who then commissioned the leader of the opposition, Malcolm Fraser of the Liberal Party, as prime minister. It has been described as the greatest political and constitutional crisis in Australian history and if ever there has been a time to break away, that was probably the closest Australia has come so far,” Chris said.

“But having covered nearly all of the major royal stories since first being posted to London in 1992, I’ve seen how the Australian public react and their fascination and relationship with the royal family.
“Yes, the monarchy has hit some very low moments, but it was the Queen who managed to hold it all together, all across the Commonwealth and most people will agree that she did a sterling job and led by example. We’ll never see anyone like her again. Her legacy is truly amazing and worthy.

“I remember my first week in London. No sooner had I landed than Charles and Di first applied for divorce, so those four years were dominated by the numerous royal stories and break-ups. My leaving present was a copy of the official divorce settlement,” Chris told the Bulletin in between reporting from outside Buckingham Palace this week.

“Those were tough years for the Queen and then the tragic death of Lady Di in 1997. But somehow she was able to find great inner strength and not only hold the family together but the nation and the Commonwealth when the odds were stacked against her at times. But with William and Kate on the horizon, I think much of the Commonwealth are looking forward to the new generation taking over. They are a rounded and grounded family who appeal to all generations, in particular the younger generation, and their vote in any referendum will prove crucial.

“From what I’ve heard on the streets in Australia and witnessed during their tours, they have massive appeal and are extremely popular.”

For me Wills and Kate should be King and Queen.