Together we are less alone

"Anyone who wants to help should just get in touch with us and we will put them to work!”

It’s a sunny Sunday when I go along to visit the Llar Kurt shelter in Palma. Outside of the building there are chairs lined up, each occupied by a different chap, and attended to by a barber. The barbers all wear waistcoats decorated with badges announcing they are part of the Barber Angels Brotherhood. The Brotherhood was originally founded in Germany but now has chapters across six European countries. Marcus Schmitt is the main man here, not only a commanding physical presence, but also the President for the Spanish branch of the organisation. I watch him and the rest of the team cutting and trimming, carefully talking to their clients with respect. 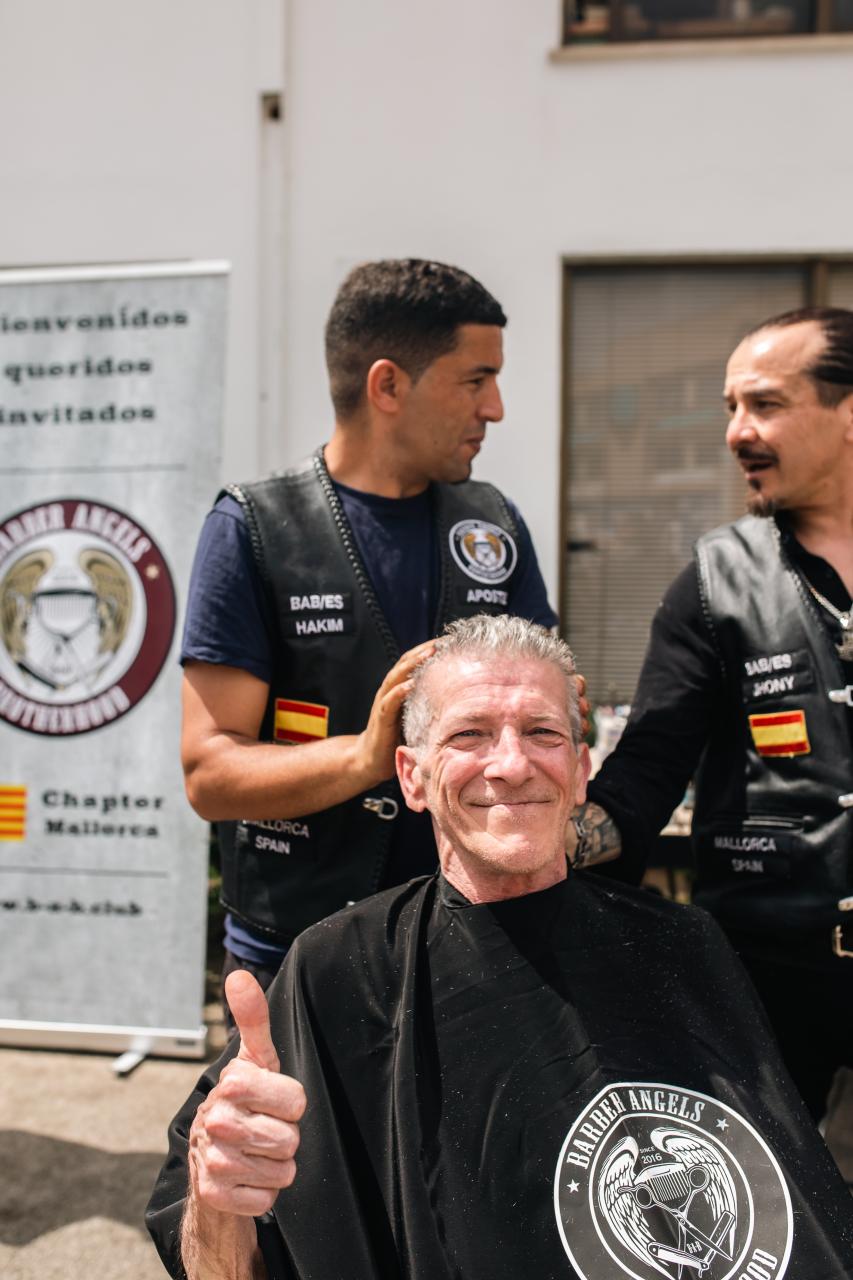 “Our members cut hair and beards free of charge for homeless and needy people in their spare time,” Marcus tells me. “Now the island is waking up and we are getting busier in our day jobs, but we still go out every week and cut hair for people in need.” The Brotherhood was founded in November 2016 by Claus Niedermeier in Bieberach in Germany. With 10 friends he founded the Barber Angels Brotherhood with the aim of doing something good on Sundays from time to time. Six years later there are more than 500 Barber Angels regularly donating their time and skills. Marcus founded the Spanish chapter when he moved to Mallorca in 2018. Now there are 100 Angels in Spain as well.

MORE THAN JUST A HAIRCUT

There is so much more to the Barber Angels’ project than “just” a haircut. We all know how much better we feel when we are having a good hair day, male or female. Just spending a bit of time on your appearance will improve your sense of self esteem and confidence, making you happier and more able to face the day whatever it chucks at you. And there is the feeling of being taken care of, something which the residents of Llar Kurt benefit from, not only from the Barber Angels, but daily through the attentive and constant work of Associació Tardor and its volunteers. Ascension, one of those volunteers who works at Llar Kurt, invites me inside to take a tour of the building. 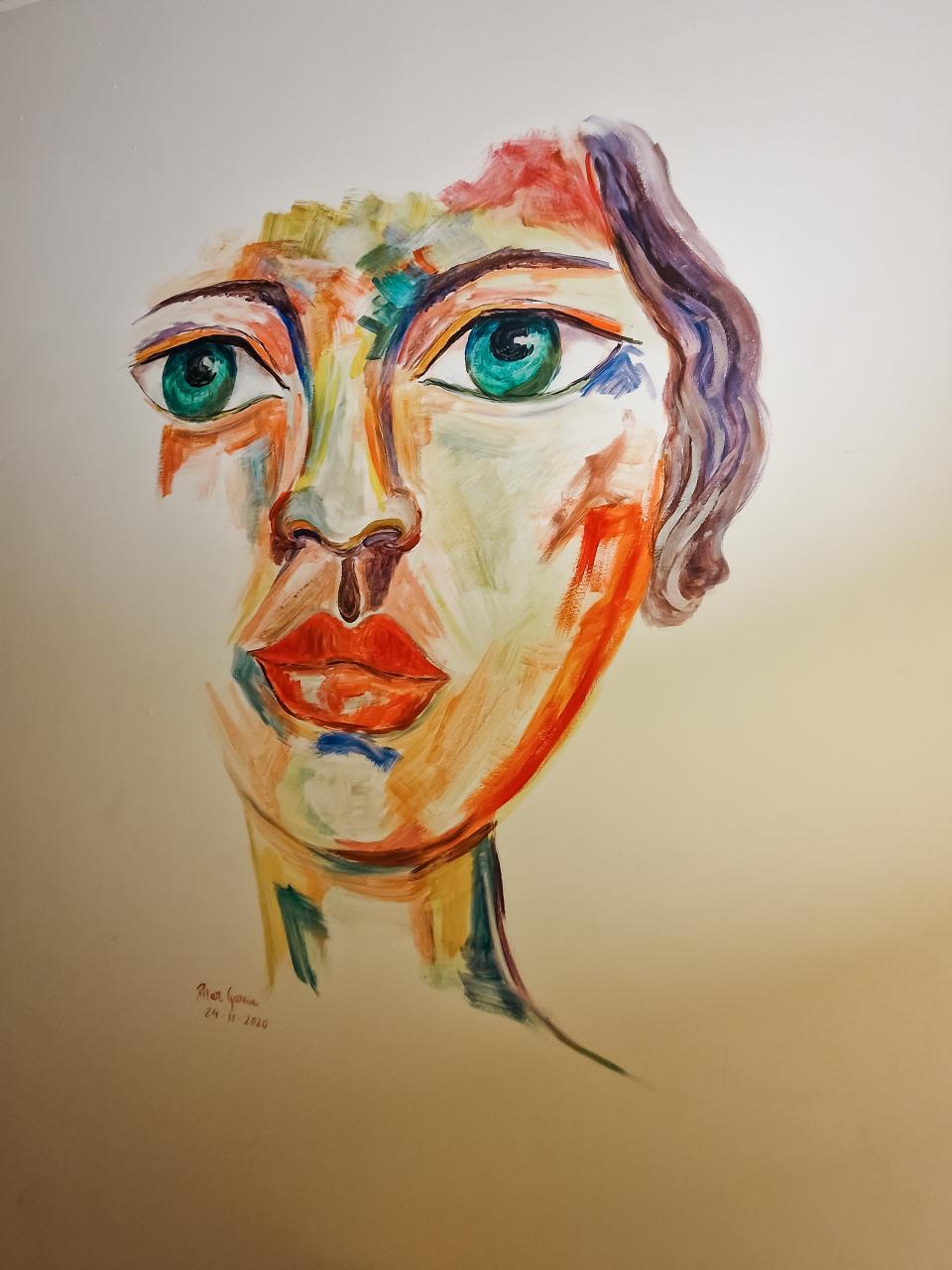 As she takes me around the building Ascen tells me about how the shelter came to be. Associació Tardor began in the aftermath of the financial crisis in 2009 when two social workers Jonny Darder and Toni Bauza saw the growing poverty and despair in different areas of Palma. The public resources were simply not sufficient to cope with the escalating demand to attend to the people in severe poverty and in risk of exclusion. Something had to be done, so these two pioneers rolled up their sleeves and started the project that was to become Associació Tardor. They gained publicity with a radio marathon interviewing homeless people, social workers, public servants, politicians and ordinary citizens of Palma.
With the help of volunteers and donations from private individuals, organisations and companies Associació Tardor now supports more than 1000 people in Palma at a day centre, soup kitchen, food bank and family centre. During the pandemic the number of people who asked for help went up by 500%! There are two housing shelters, Llar Kurt for men, and Llar Inge for women. Llar Inge is dedicated to single mothers and their children and can take up to 45 people. It has bedrooms, showers and toilets, a laundry and a living room whilst Llar Kurt has beds for 65 men. The tenants in both of the shelters pay a minimal rent to cover the basic costs, participate in the cleaning rota and have their meals provided by the Associació Tardor soup kitchen. Both premises have a strict zero drugs and zero alcohol policy. 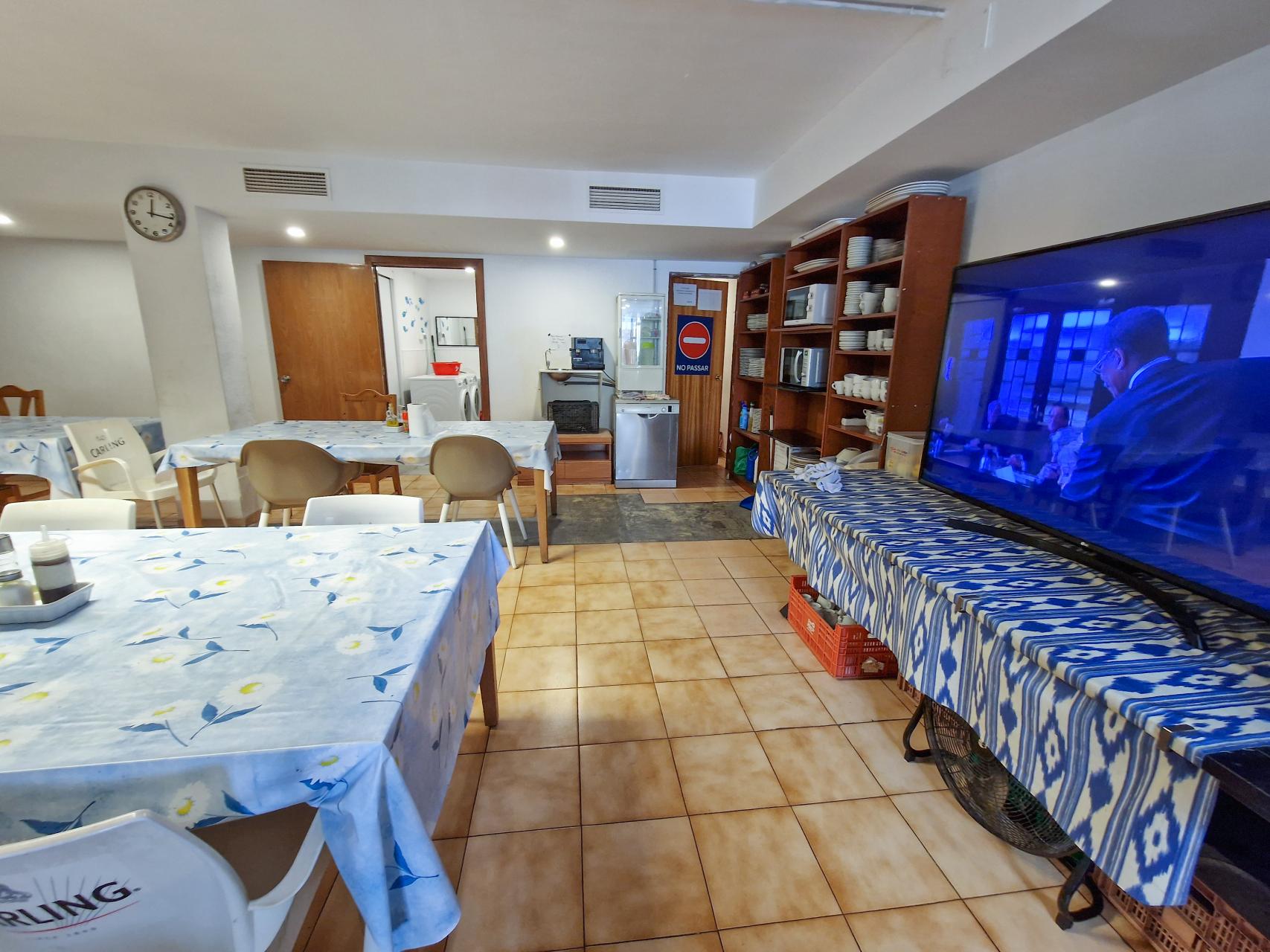 WHO ARE KURT AND INGE?

The Llar Kurt shelter used to be an office block, and you can imagine that the bedrooms that are now the safe havens for their residents used to buzz with activity. These days the feeling is of calm, the men who live there are happy and relaxed, far away from their previous lives living on the streets or dependent on substances. Many of the residents continue to suffer from physical and mental illnesses, many needing treatment and daily help. One of their support team, Vicente Galaso, a psychologist, is also an artist and he shot the portraits hanging in the reception area. His work, the images of the residents of both Llar Kurt and Llar Inge, formed an exhibition called “Invisibles” which was shown at the Cultural Centre, Sa Nostra. 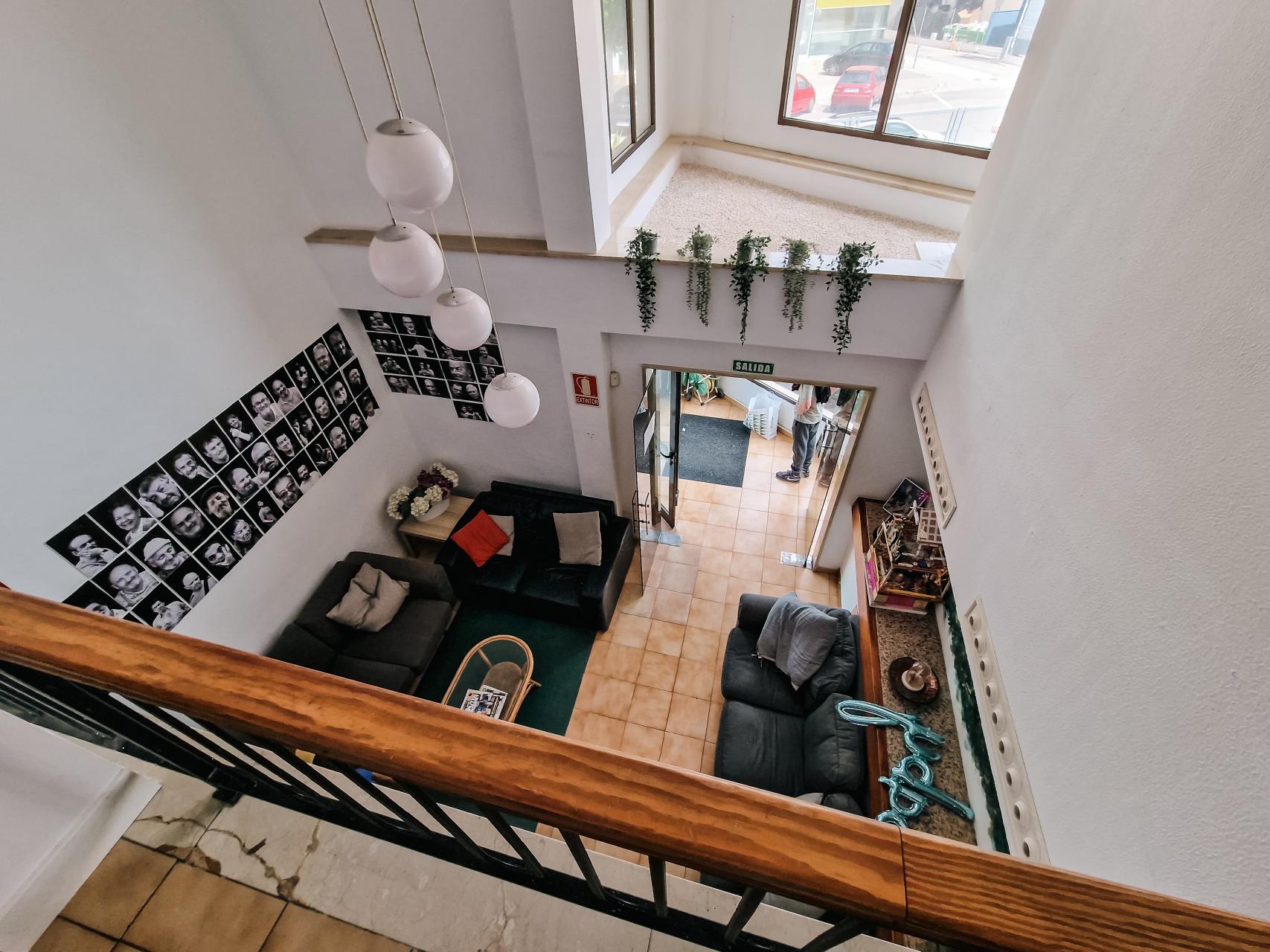 Where do the names Inge and Kurt come from I ask Ascen.”The shelters are named after the German couple behind Kalonge Foundation. The financial support from the foundation made it possible to buy and convert the old buildings into shelters, we named the two buildings in honour of them.” 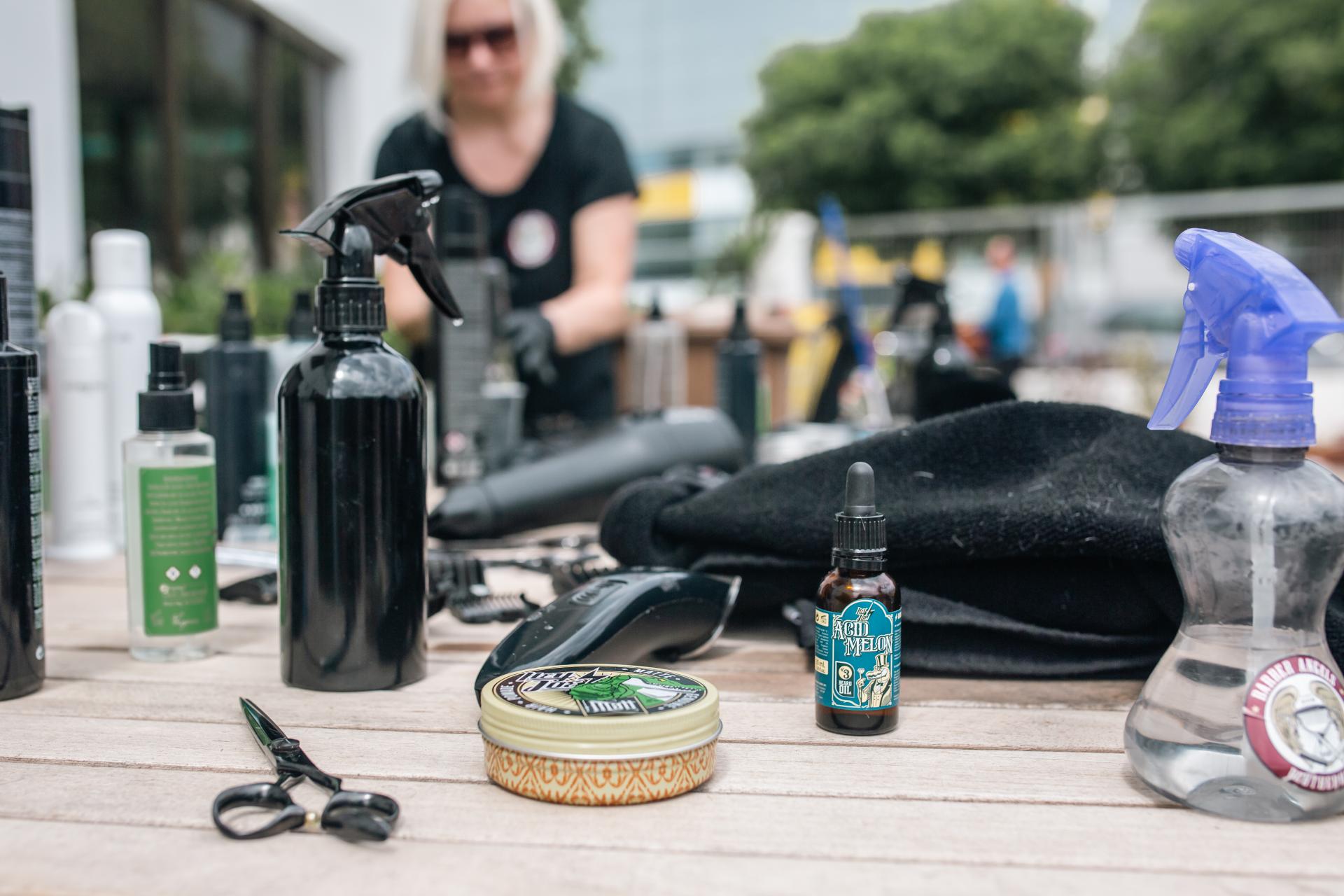 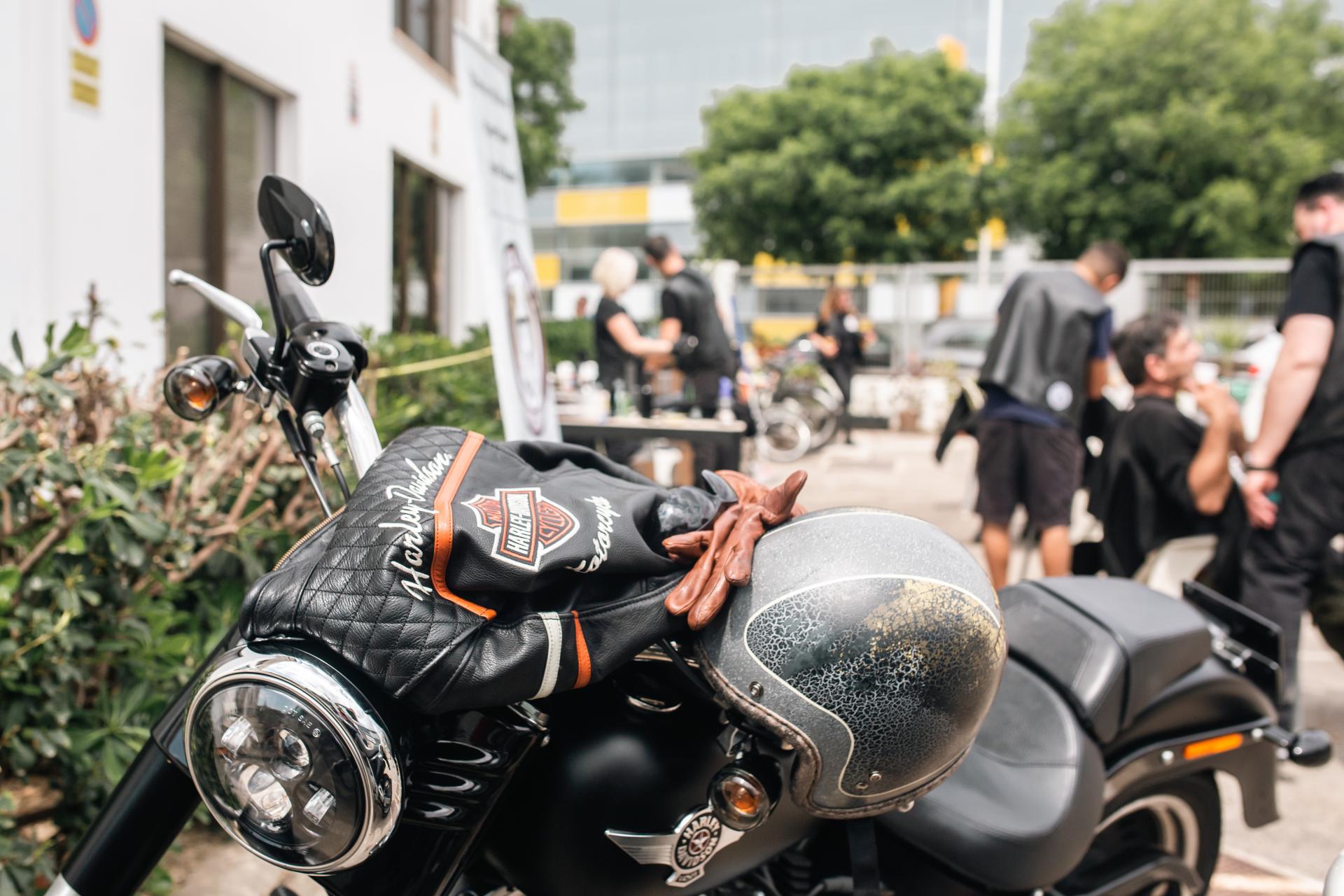 Back outside in the sunshine, several residents, now with a neat looking haircut, are chatting to each other as a van pulls up. Out jump two young men who are delivering lunch for the day. I get the chance to ask them what they do when they are not volunteering, and they both tell me they are students. “Sunday is the only day I can help, and I really want to. It’s also normal that at the weekend we have fewer volunteers available at the soup kitchen, so it works well.” How would someone offer to help, I ask. “Anyone who wants to help should just get in touch with us and we will put them to work!” And with that the lunch hustle begins and it’s time for me to leave everyone in the peace and tranquility of their haven.

Britons could be denied entry to the Balearics next year