"Our garden gives us treasures"

The grafitti is by Noah. | Vicki McLeod

It all started with some plants for her birthday, “I was given some Lavender to plant in the garden. I had heard that it was hard to grow sometimes, but we seem to have got the perfect conditions now for them!” Ines Landberg is standing in the midst of rows of bushy and blooming lavender plants as she talks to me. Her husband, Sean is walking amongst the plants, just checking them in the May sunshine, and it is to him that she gives the credit for the success of the plants, but I have the feeling that it is the combination of the two of them, plus their three boys, which is the real secret to their success.

Ines and Sean moved to live in Mallorca in 2017. Both dental technicians, Sean is originally from Durban in South Africa, and Ines is from Leipzig in Germany, they had lived in the Chiltern Hills in the UK before making the move. They soon bought a house in Campos and moved their three sons Flyn, Noah and Enzo in. “It’s not a big house,” Ines says modestly, “but it has a good sized garden.” The couple encourage their children to express themselves. Noah, now 12, is interested in art and animals and he takes me on a tour of the garden. He shows me the treehouse which has what he calls “the mud kitchen” underneath it, an imaginative collection of test tubes with what I suppose could be very smelly contents. I decline to sniff when he offers me the chance, but instead we have a chat with his ant farm and a lizard. Enzo, the youngest boy at 7, gets in on the tour and we go to visit the chickens and ducks who are roosting. “They don’t want to get off,” he tells me very seriously, and then pokes one of them to demonstrate. The chickens steadfastly sit on their eggs in the coop, purring and clucking at each other. The boys are delightful, natural, and a little bit wild, which I like. They clearly spend a lot of time outside and together. Enzo wants to demonstrate his acrobatic skills and swings upside down from a tree, whilst Noah, more serious than his little brother, talks about his art, and his graffiti. His mother allowed him to paint a wall he says, and he would like to do more if he gets the opportunity. I ask them what it was like moving from the UK to Mallorca, Noah who was 7 when they moved, answers, “It was quite hard at the beginning, because I didn’t know the language, it is really important to learn as quickly as you can. But I really like it, I like the garden and I like my school now. I see a lot more of my parents than I would have if we were still living in the UK which is really important. I remember when I was little that sometimes I would only see my dad at the weekends because he was always at work”. 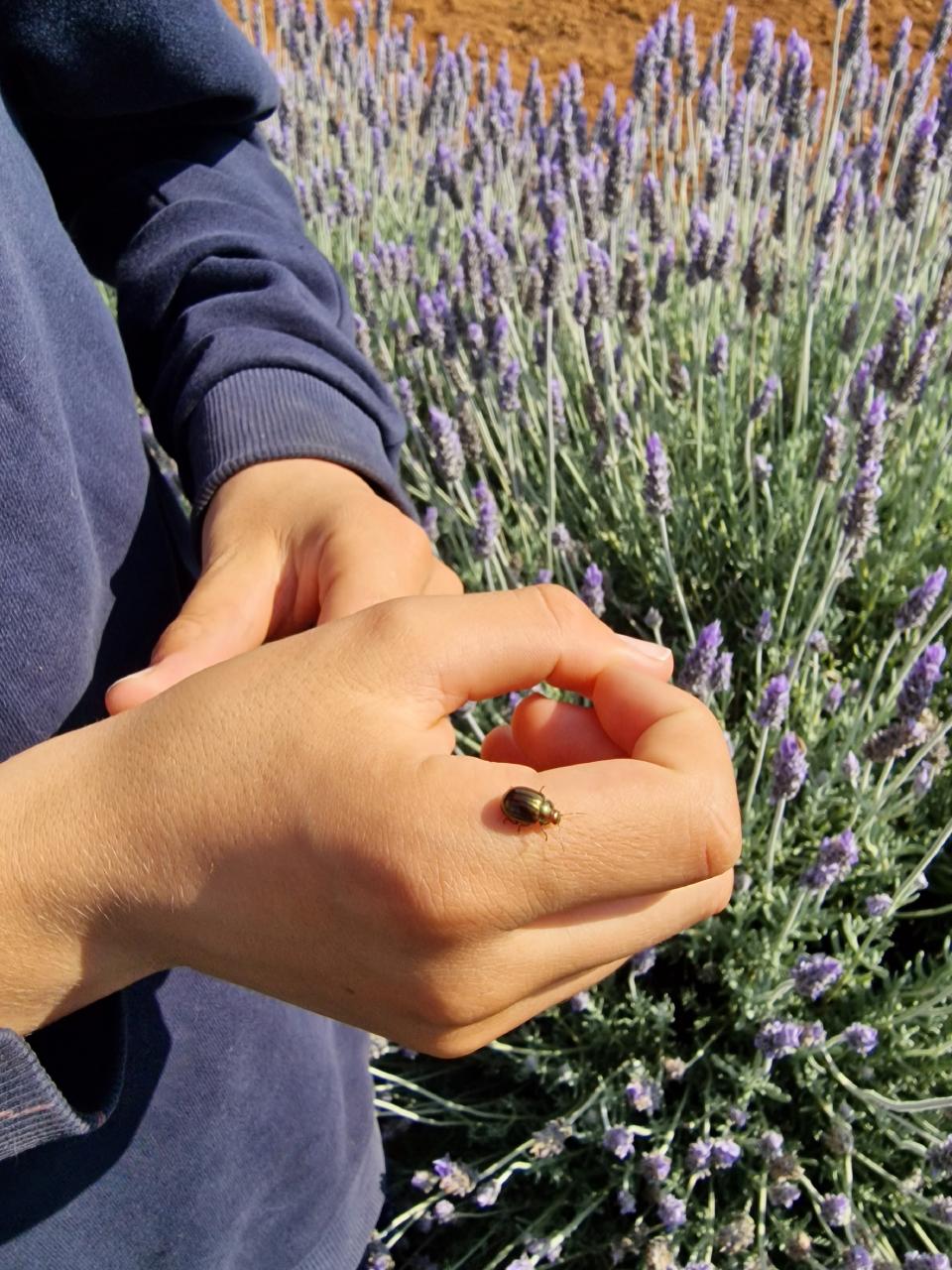 We go back to the lavender plants which are humming with insects, bees, butterflies, ladybirds and the occasional wasp. Ines is there and she takes me to see some of the things she has produced from the lavender: eye pads for relaxing, cordials for drinking, dried and fresh lavender to decorate with, and more products which she has collected from other local producers. “My garden gives me treasures,” she says as her mouth turns up shyly in a smile, “I would love to be able to make more, but it all gets consumed so quickly by my family!” Ines and her husband get ready to receive some visitors to the garden, “I feel like we are making magic here,” she tells me. As I watch her and her family together outside in the sunshine, I have to agree. 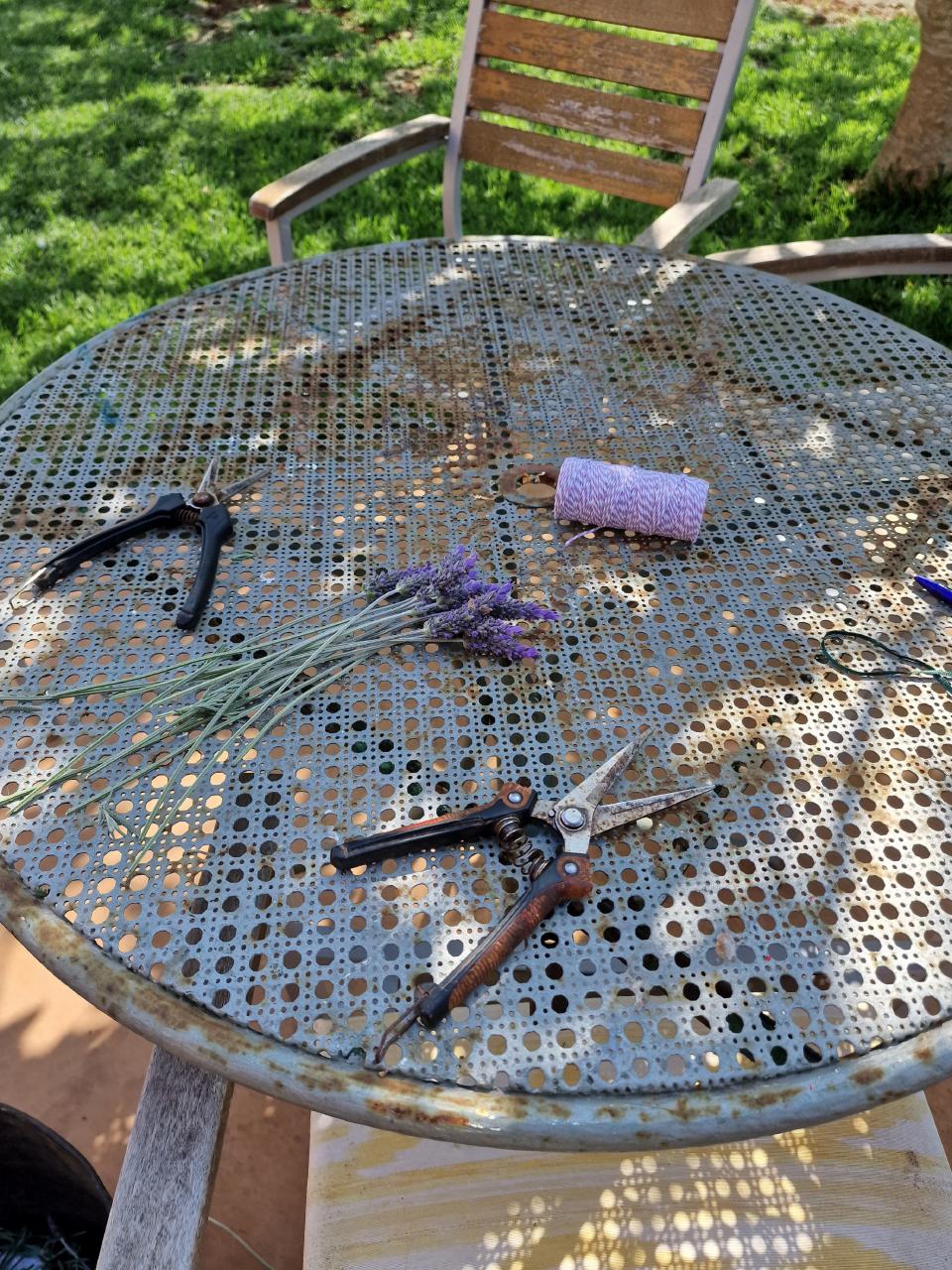 Carefully make use of what Sean calls ‘the mini spring’ in January. Because the actual spring is often very short and it gets hot very quickly. Although this year spring seemed much longer and for gardening this is great. 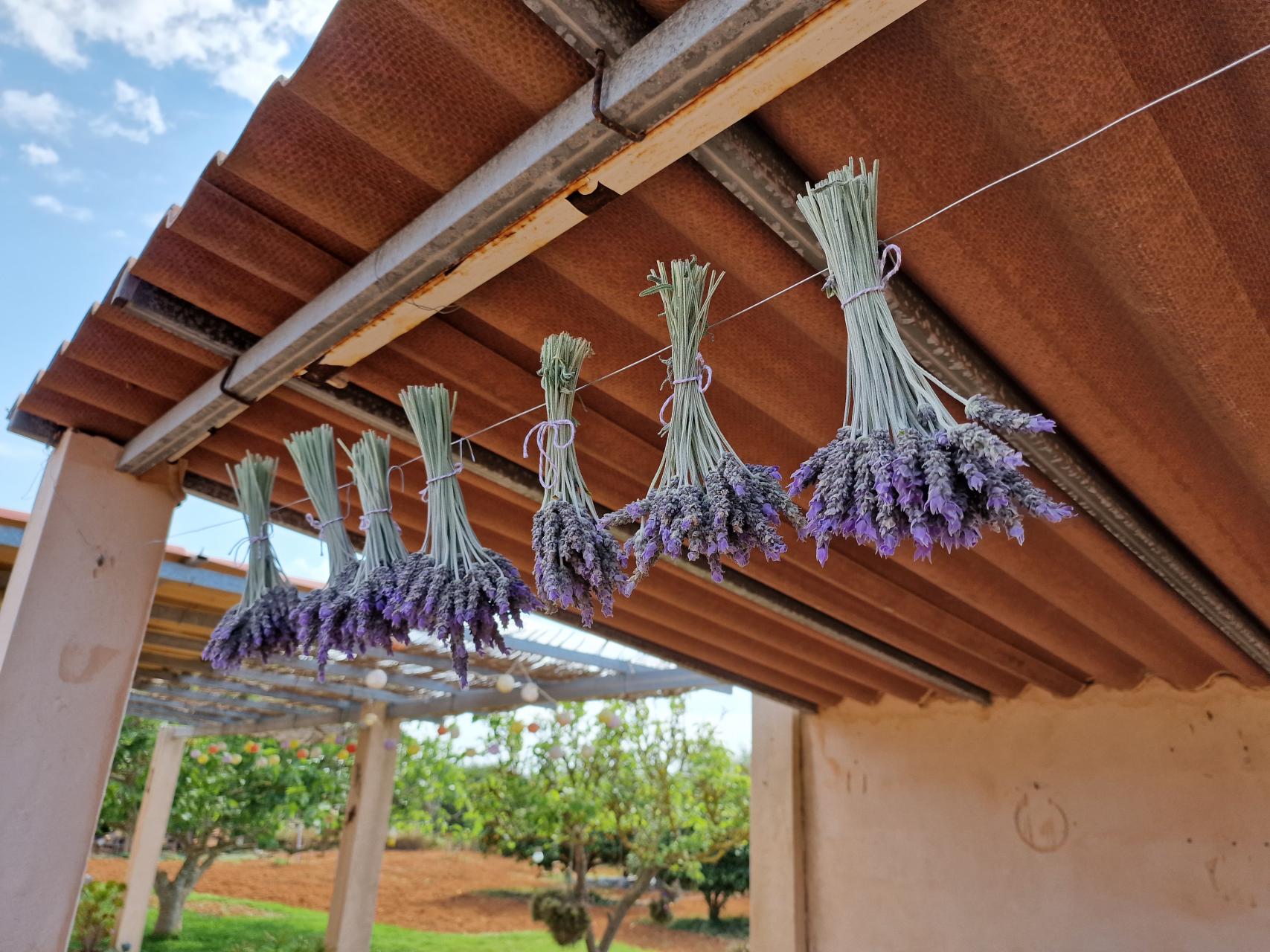 For beach time with the kids we love the beaches around Portocolom. We also like the quaint town itself, it seems to have a mixed crowd of people and in the winter you can go for long walks around the area and it’s very quiet. The other place is Cala S’almunia - the water early in the morning is just amazing. We chose places nearby for practicality, although we have explored other areas and for example loved S’estaca on the other side of the island. As we lived for many years in London we also love the occasional escape to Palma to enjoy the city life with all its hustle and selections of places to have a drink or meal. You could say we have many favorite places or none at all, as we like variety. 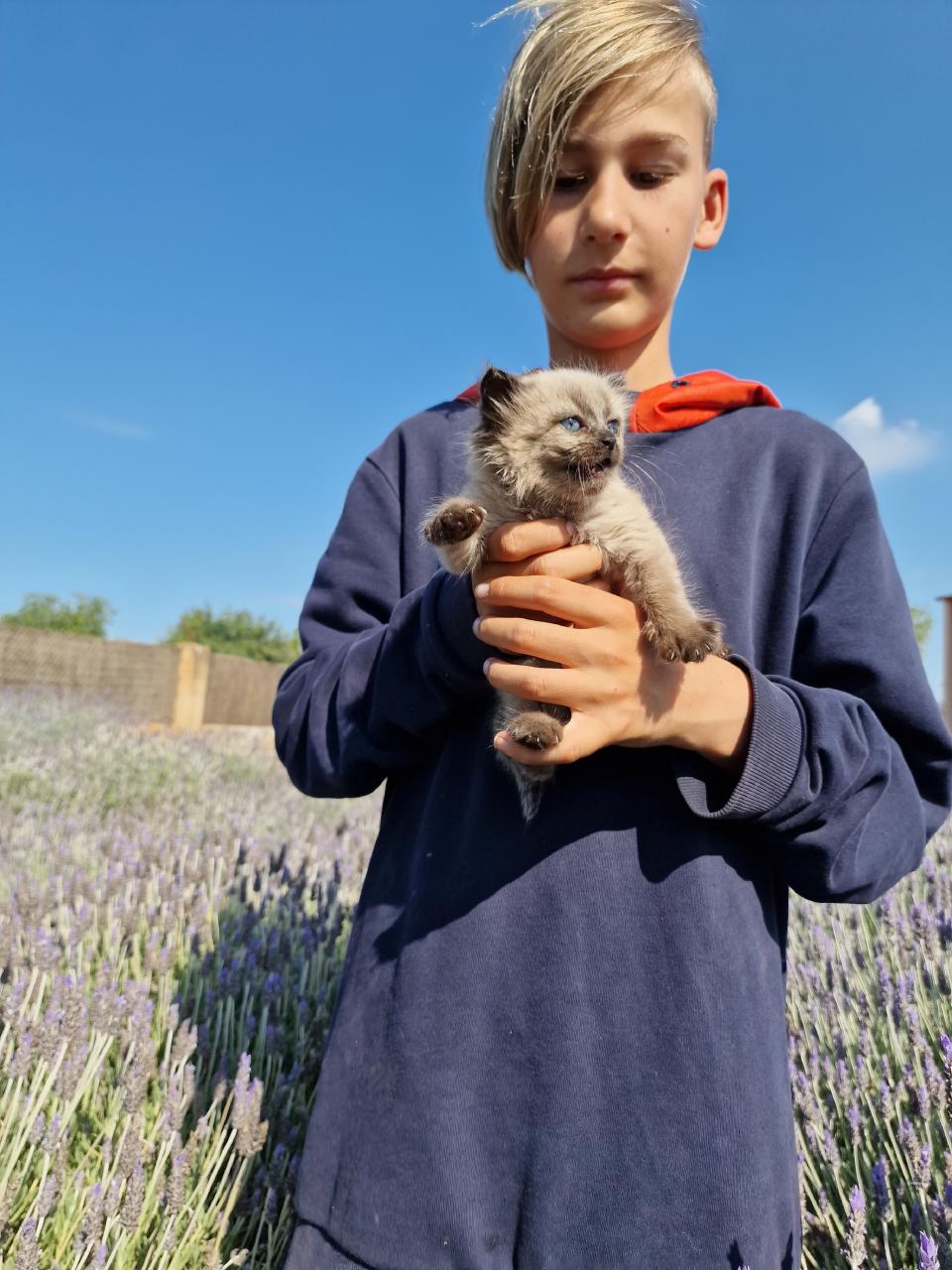 Limit the use of social media (we think it does have a place, but not everything you see is real and it can really have bad effects on your own life). Get out into your garden, go to the beach, explore the island and if you have children, make them your top priority.

Wish you were here? See Mallorca live direct to your screen!

Tears of St. Lawrence and the rains of August

Macià Batle highlighted among the best wines from European islands

How to keep your pets cool