There are many plants that flourish in the Majorcan sunshine.

Mallorca is getting very hot now with temperatures reaching into the 30s, and although the sunshine is very much welcome, it is certainly not a time for exertion - especially if you are a nature lover out in the open areas. Birdwatching at this time of year tends to be done in the early morning or early evening, or if during the heat of the day, places where there are cooler bird hides, or woodlands that provide respite from the heat.

Birds tend to hunker down in the hottest part of the day, you could say they are having a longer than usual avian siesta! But there are many plants that flourish in the Mallorcan sunshine, where the early morning dew provides some water, and three of which I am going to share with you this week along with a memorable bird.

Flowers come in every colour and shade imaginable, and they don’t need to be bright colours to catch the eye - some are a deep blue, such as the Tassle Hyacinth, which exude their own characteristic look and colour. I first found this species on Majorca when I had stopped to photograph a little group of Bee Orchids, and noticed this plant close by. It is a perennial bulbous plant and one of a number of species and genera also known as Grape Hyacinths. Found in rocky ground and cultivated areas, cereal fields and even vineyards, it is a species that can surprisingly be overlooked. 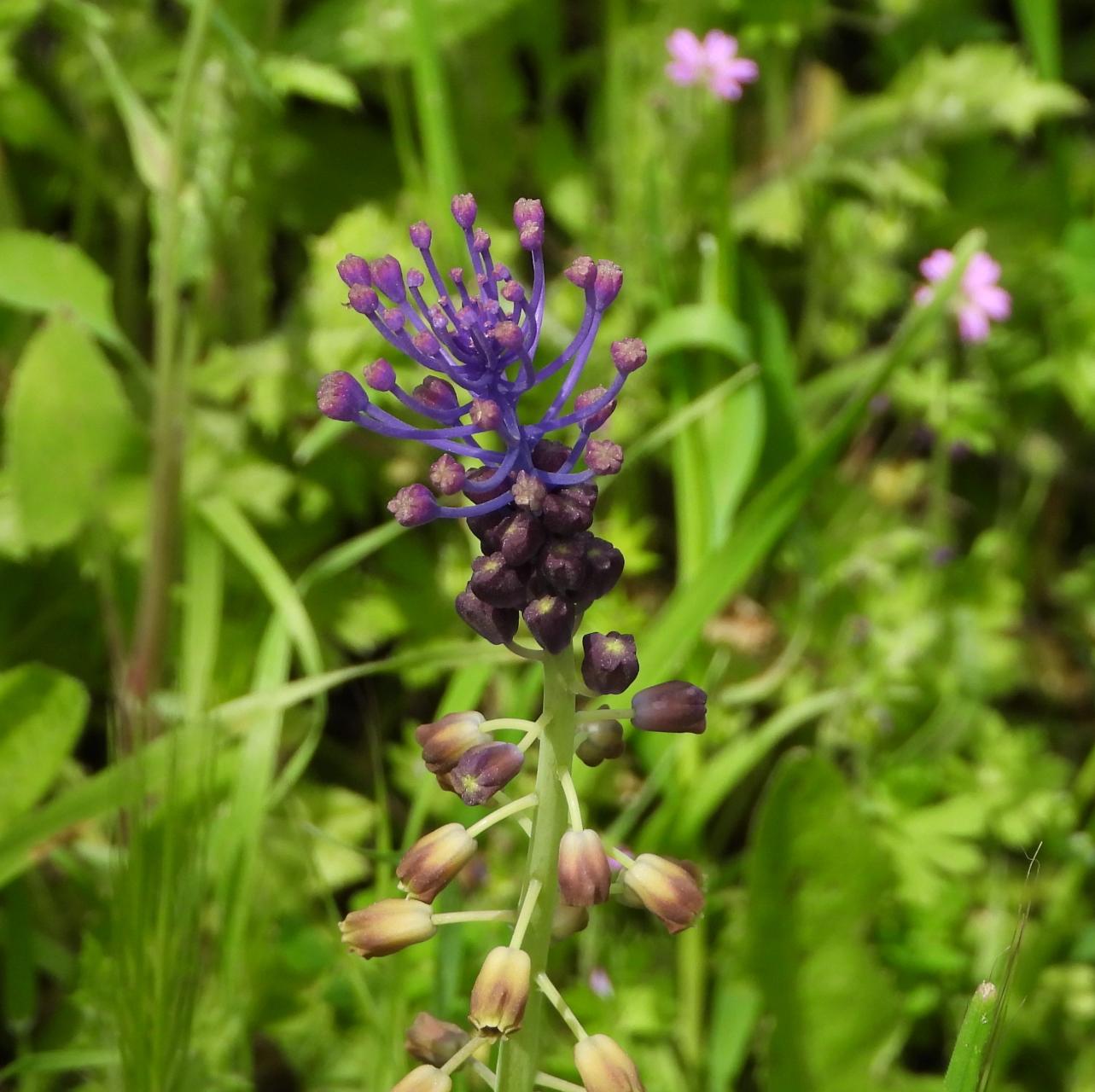 The flower stem can grow to 60cm tall with flowers 5-10mm long opening at the mouth which reveal the paler lobes. The linear leaves are 5-15mm wide. This plant, like the Grape Hyacinth, can become invasive, but personally I would welcome seeing this in large groups, it really is a pretty flower. During Roman times, Pliny noted that the bulbs were eaten with vinegar, oil and garum and even today it is still eaten in some Mediterranean countries. Personally, I would rather just look at it.

Lily of the Incas
More commonly called the Peruvian Lily, this is another gorgeous and characteristic blue coloured plant. Plants in this genus form a cluster of tubers and send up fertile and sterile stems. The leaves are variable in shape and the blades have smooth edges to them. Flowers can be solitary or forming ‘umbels’ with each flower having six petals up to 5cm long.

This plant comes in many shades of red, purple, green, orange, white and blue - the latter colour is what I have found on Mallorca. There are six curving stamens and the stigma has three lobes. It is classed as an ‘inferior monocot’, which means the petals are located above the ovary and the leaves are parallel.

I had ventured down to the central plains one hot June morning, where around Muro I had been watching Fan-tailed Warblers, Thekla Larks and two Turtle Doves over the crop fields, and alongside a ditch on the edge of one such field stood a line of blue flowers standing out from the crowd. I didn’t realise at the time what they were, but a look through one of my plant books later revealed their identity. 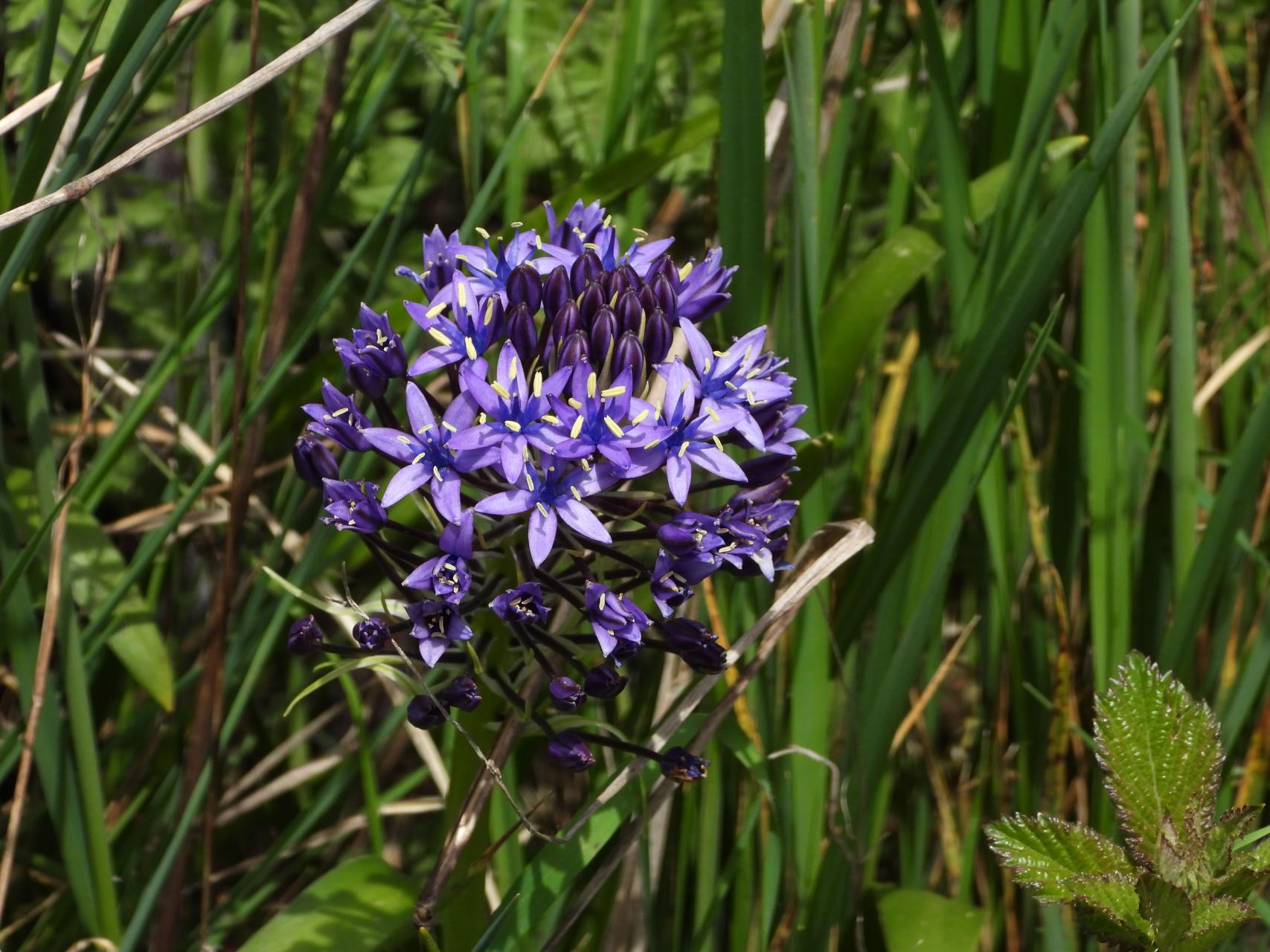 This moment stands out in my memory, as just as I had finished taking some photographs, I stood up to see a Montagu’s Harrier passing over the same field - magical. Although birds form my main interest, I always get distracted by the shape and colours of the flowers, and Majorca has a very impressive list of some great species, so there is something here for everyone.

Carobs
After photographing the group of Peruvian Lily’s, I was aware of a call from behind me and very close. I knew what it was, but I thought if I turned around, albeit slowly it would either stop calling or fly away. In the end I decided to chance it and turn around. To my surprise it stayed put - it was a male Stonechat looking splendid in the strong sunlight, and coupled with a sea of green crops gently swaying back and forth, warm sunshine and a Hoopoe flying right past, it was time to sit and just watch what was going on.

I took a picture of the bird and sat listening to it for some time before eventually it moved a little further away into a Carob tree. These strange trees have always caught my eye, but on this day, I decided to take a closer look, and the long pods looking like runner beans really stood out. The Carob is a flowering evergreen tree or shrub and is widely cultivated for its edible pods, and also planted as an ornamental tree in gardens. It is native to the Mediterranean and through a change in consumer tastes and refined industrial technology, Carob-based products have become a substitute or an alternative to chocolate, firstly for people with digestive or dietary issues, and later to a wider range of consumers.

The powder and chips can be used like chocolate in a lot of different recipes, and people can enjoy an approximation of their favourite cocoa-like flavours in sweet treats but eating considerably fewer calories, fat and processed sugar per each ingested kilograms of product. The word “carob” comes from Middle French carobe (modern French caroube) . They can grow up to 49 ft tall. The crown is broad and semi spherical, supported by a thick trunk with rough brown bark and sturdy branches. Its leaves are 3.9 to 7.9 inches long, alternate, pinnate, and may or may not have a terminal leaflet. It is frost-tolerant to roughly −7 °C.

There is an impressive specimen at the base of the Boquer Valley which I always admire when I walk past, and which in the summer months nearly always has a warbler of some kind feeding amongst the foliage. The fruit is a legume (also known commonly, but less accurately, as a pod), and takes a full year to develop and ripen. 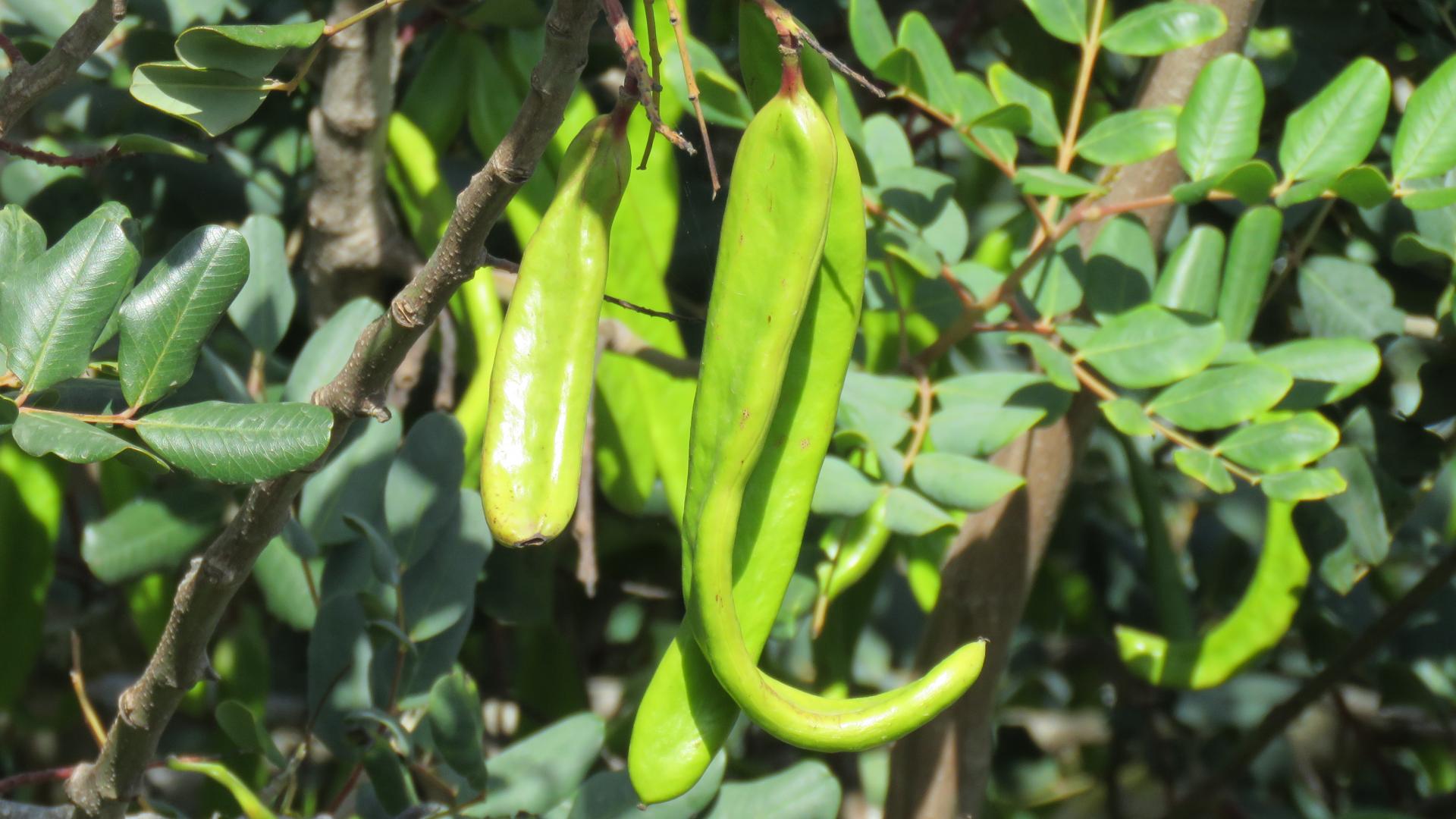 For me, the intense heat of the day doesn’t mean hiding away, I can still enjoy looking at plants, searching out dragonflies and butterflies, scanning for snakes in the canals, watching Striped-necked Terrapins basking on the sides of the canals and rivers, enjoying the antics of the Marsh Frogs and watching the raptors on the thermals from the comfort of a rocky ledge with a cool mountain breeze with some water and nibbles, followed by the customary stop at a local bar for a beer, or two....