Travel and testing: the realms of the absurd

The cost of PCR tests, allied to the sheer inconvenience, is a major obstacle to travel

Let’s just hypothesise for a moment. Prior to Covid, the Balearic Islands were attracting slightly under 14 million foreign tourists per annum. With Covid, what if all these 14 million were to be given free PCR tests for their return journeys? A fraction of the number, aged under six, would be excluded, so let’s - very liberally - call it 13 million. How much would it cost an administration of some sort to provide these free tests?

Presidents Armengol and Puig of the Balearics and Valencia have come up with a cunning plan to use European Next Generation funds to pay for tests. The Spanish government is due to receive a total of 140,000 million euros of these funds over a three-year period. The eighth spending priority is for the “modernisation and competitiveness of the tourism sector”. This has an allocation of 3,400 million euros.

Does anyone know what the cost price of a PCR test is? It’s not easy to find out. But let’s pluck a conservative figure out of the air, call it twenty euros, and then add on another ten for delivery and administration. The cost? 390 million euros. Based on one year’s EU funds for tourism, this would equate to just over a third. And this would only be for the Balearics.

I realise that this is a somewhat absurd and extreme hypothesis, but it reflects the extreme desperation that there is for something like travel and tourism normality. As such, it is difficult to conceive that the Armengol-Puig plan could have legs.

Unless, for example, there were some other form of EU funding, the Spanish government would find it very difficult to even consider such a scheme. The Next Generation funds are what they say on the tin - they are linked to the EU’s masterplan for green transition, digital transformation, innovation, etc. They are not for paying for PCR tests.

The pennies and the cents are finally dropping with politicians. The cost of PCR tests, allied to the sheer inconvenience, is a major obstacle to travel. Ximo Puig had a point when he argued that PCR tests should be free in the same way as vaccines are in order to facilitate mobility. But one can’t neglect the cost of the vaccines that administrations are having to bear. PCR tests on top?

We are in the realms of the absurd, created in part by differing regulations. Spain has said that travellers arriving in the country with a digital green certificate which shows that they have been vaccinated will not need to also present a negative PCR. The secretary general for digital health, Alfredo González, has made clear that this would also apply to non-EU countries, e.g. the UK, if their certificates are approved by the UK. Which you would hope would be straightforward enough. Meanwhile, as far as one can make out, the UK will still be requiring a test on return for those who have been vaccinated.

Grant Shapps, finally having realised that the cost of PCRs is a deterrent, is now talking about some other simpler and thus cheaper tests to be taken at home, while also indicating that the Balearics will be given the green light as opposed to the amber or red light. For now, at any rate.

Inside Sport: Sport Is About Playing The Long Game

Frank Talking: I want to make a complaint about people who complain!

As to other countries, who can say. Germany at present demands a PCR test or an approved antigen test for returning to the country. Might this change with vaccination or with analyses made on incidence and vaccination rates per destination, down to regional rather than national level?

People, i.e. travellers and the travel/tourism industry, are tearing their hair out. Is it any wonder? Meanwhile, the presidents of the Balearics and Valencia expose their total desperation.

Greece - yes, there is a curfew

One of the downsides of a constant bombardment of what is happening in Mallorca regarding restrictions is that readers of this news bombardment can condemn the Balearic government without taking account of what happens elsewhere. Take the curfew for instance. Not great for tourism, but it’s not as if Mallorca is alone in having a curfew or in having tough restrictions on bars and restaurants.

Greece, or so it can appear, is a paragon of traveller virtue, and yet it has a curfew and it has bar and restaurant restrictions. From May 3, the exteriors of bars and restaurants - the terraces - will be able to reopen. 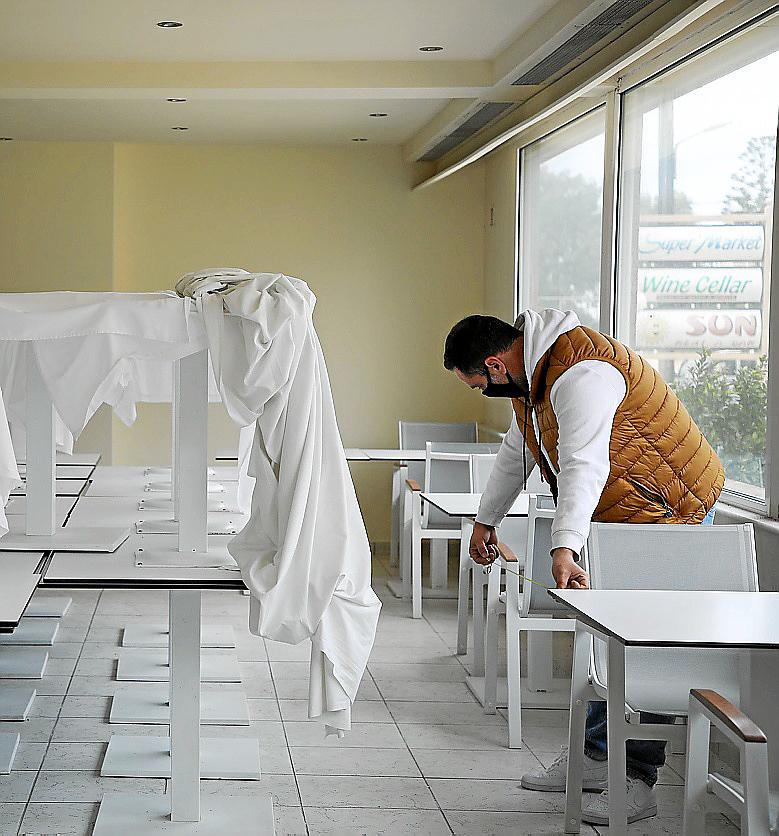 They’ve been shut for some six months. The curfew, currently 21.00, will be put back to 23.00 as from May 10.
So, while these restrictions are unwelcome, Mallorca certainly shouldn’t be singled out.

Visit and be vaccinated

The Maldives is the latest to get in on the vaccination tourism train. “Visit, get vaccinated and be on vacation.” This is the theme for a promotional campaign. It has no start date, so at present there isn’t such a scheme. The minister of tourism, Abdulla Mausoom, says that it won’t actually start until the whole of the population of some half a million has been immunised. August is the expected date, therefore, by which time travellers from many countries will hope to have been vaccinated anyway.

Full power to the Maldives for its plan - which again perhaps reflects the sheer desperation of economies with high tourism dependence - but there is something else apart from vaccination that needs to concern the country, and that is the willingness of people to undertake long-haul travel.

IATA, the International Air Transport Association, is warning that “long-distance travel could be limited for a long time”. This is partly because of a collapse of business travel, but not solely. IATA is pointing, for example, to the increase in North American tourist demand for North America and to the decline in intentions to travel to other continents.

Data for Europe are less clear, and this has much to do with current tight restrictions on international travel. But the conclusion is the same: the preference for short-haul.

Briton swimming round the Balearics for mental health

What's on in Mallorca this weekend