Thumbs up or thumbs down?

The chargrilled spring chicken was worth a 10. | Andrew Valente

When I glance down a menu, certain dishes have high priority and they are the first to catch my eye. I always latch on to anything that’s different, that’s not available at other places. I’m attracted to everything that seems to have the right price. And I always consider those dishes the cook makes to order.

Well, Café Pino in Paseo Mallorca had one dish that fulfilled all three requisites. It was an organic free range spring chicken (which I’ve never ever seen on a menu), at a cost of €12 (a fair price if it’s done properly) and it comes chargrilled (so it has to be done to order).

Although I think highly of restaurant cooks who do their job conscientiously, I am aware that some of them are pushed for time and have to cut corners. That means, among other things, that some made-to-order dishes are half cooked before the order comes in.

If that happened to a little spring chicken it could easily be ruined by the time it reached the table.

I talked to our very nice and extremely efficient young waitress about this, and emphasised I was only interested in a spring chicken that was truly made-to-order and arrived with all of its juices intact.

She admitted the spring chicken (on the menu as ‘pollito’) had previously been ‘marcado’ (meaning ‘seared) but it would still need a good 20 minutes’ grilling. She guaranteed it would be juicy.

The waitress did a beautiful job of getting our message through to the kitchen and the cook did a marvellous chargrilling of this little spring chicken. It’s not an easy bird to cook — by any method, but especially on a chargrill where the heat can be extreme and difficult to control. 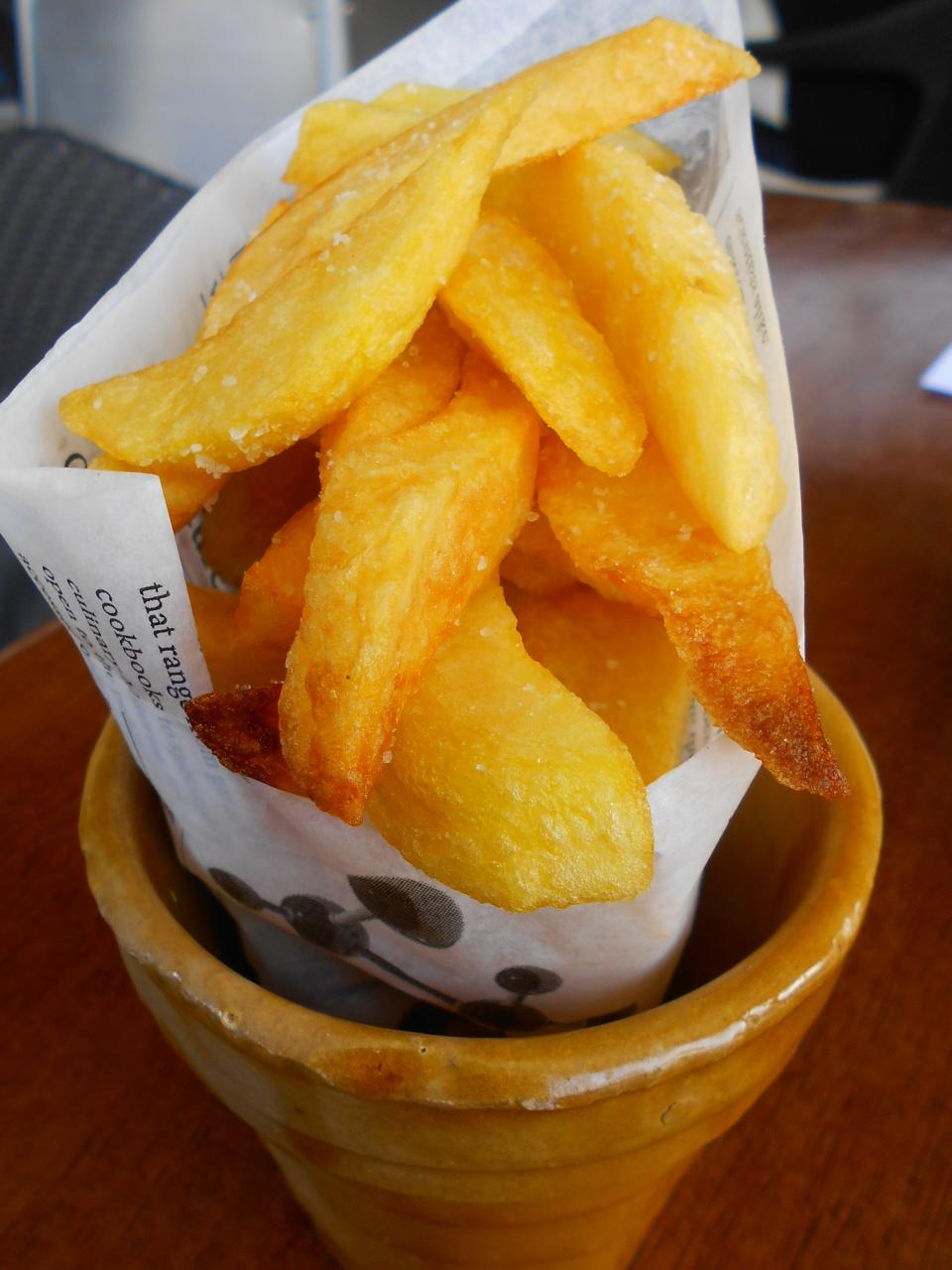 The heat was applied with considerable expertise and every mouthful, from the tiny wing tip to the breast, was moist and tasty. I was really surprised (and delighted) that the cook was able to retain so much juice in such a small bird. 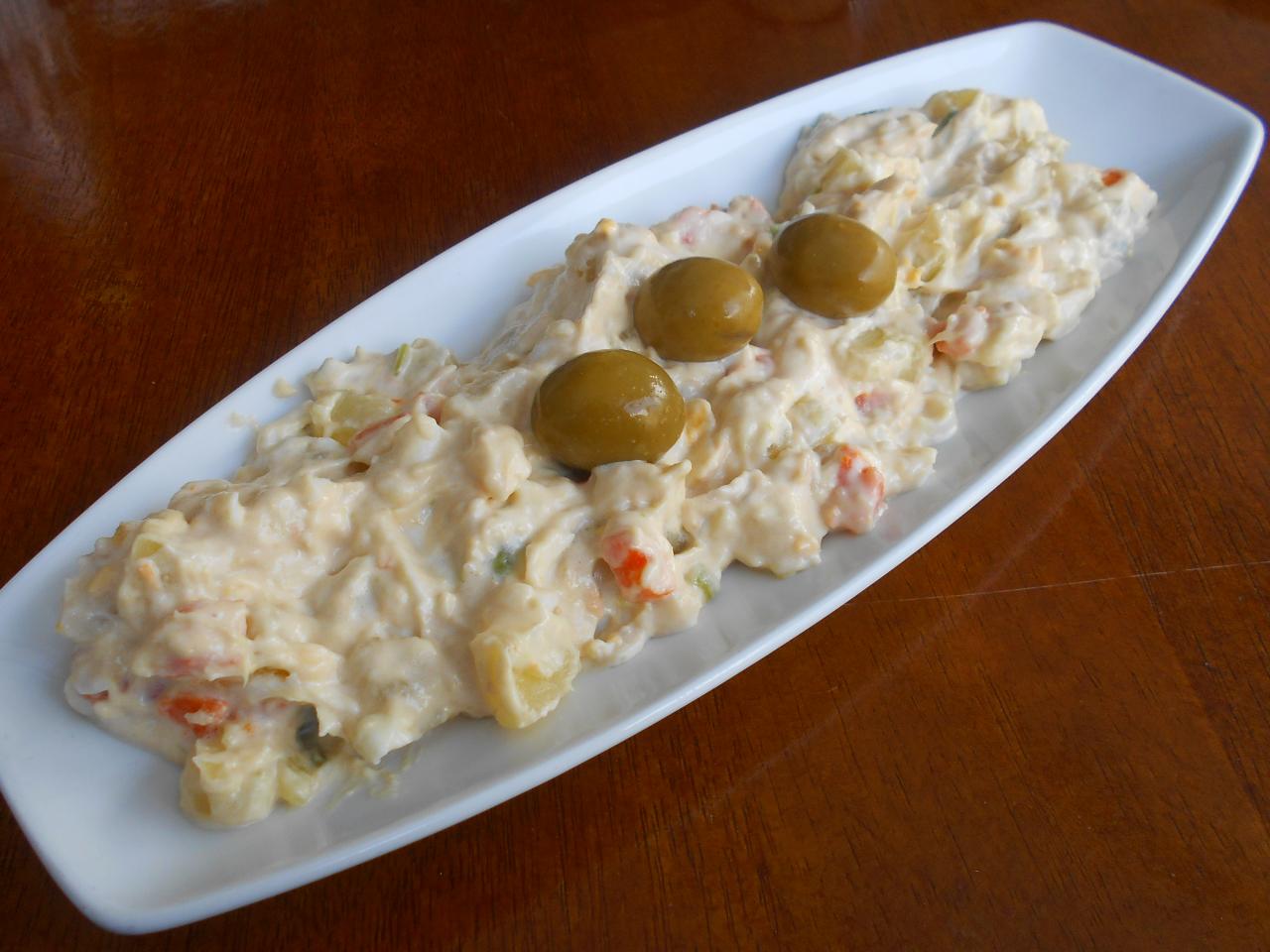 This was a chargrilling tour de force and the cook deserves more, much more, than the 10-out-of-10 rating I gave to this impeccably grilled ‘pollito’.

The waitress (what a pity I didn’t ask her name) also gets a 10 for communication skills…as well as efficiency and amiability. She sure made the kitchen realise exactly how we wanted that spring chicken cooked. It was so scrummy it just flew off the plate.

The chicken comes with salad but we also had a separate order of chips — I adore them and only ever eat them at restaurants. They were piping not, without a trace of oil and crisp. And look at that price. It was more than right.

New restaurants about which you know nothing are often a bit of a risk, but sometimes taking a risk pays off — and you end up discovering a good eaterie.

That’s what happened at Café Pino. A spring chicken can be a disaster if the cook doesn’t know his grill. But the cook produced one that was juicy and tasty.

The best I’ve ever eaten — one of the reasons for awarding it a 10. And the chips were delish.

The Argentinian empanadillas with a brittle pastry were a lovely change and although the Russian salad was bit of a misnomer, we thoroughly enjoyed it.

The brownie had the right degree of moisture and a good chocolate taste, but the apple crumble simply wasn’t an apple crumble. 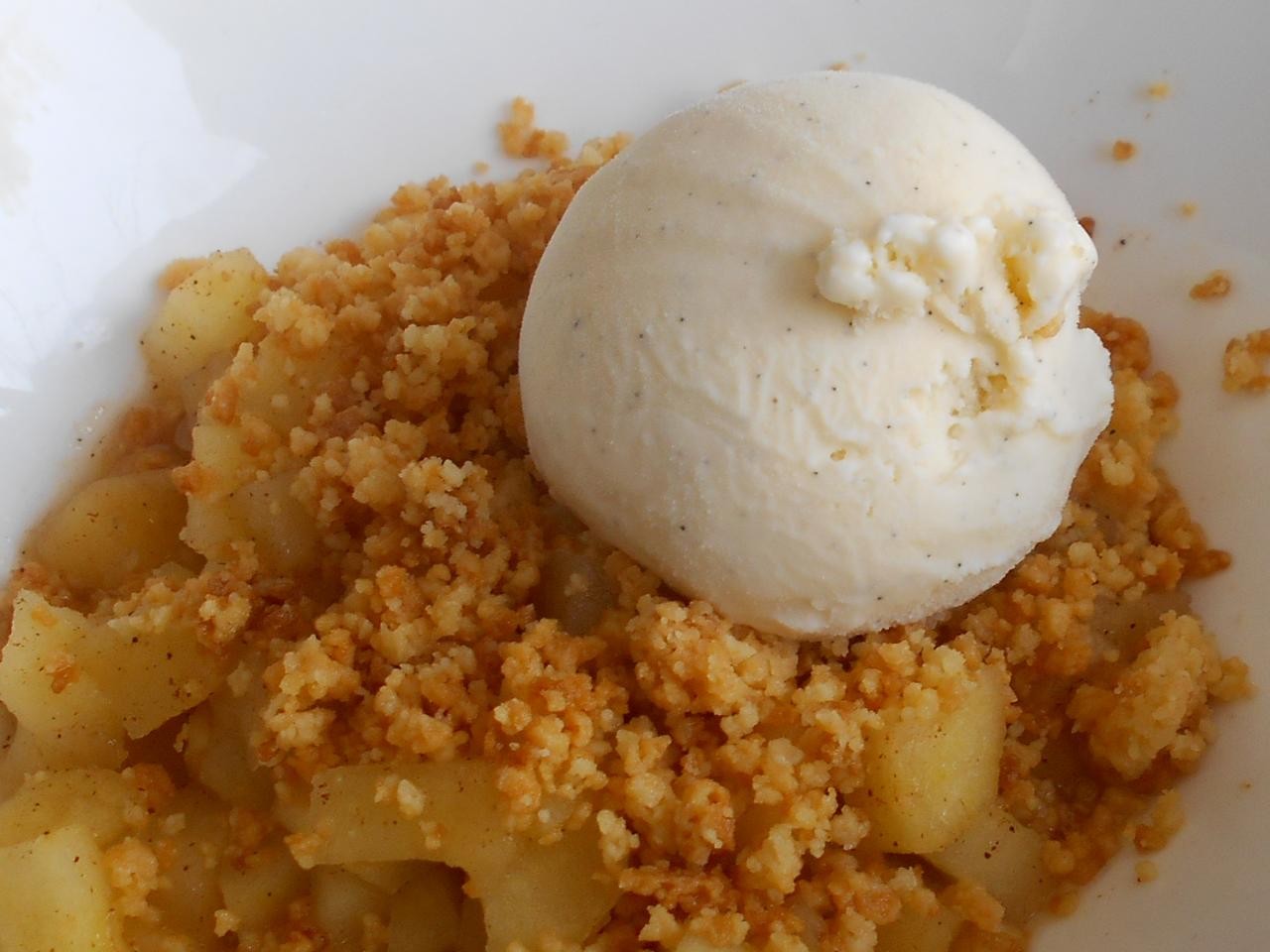 They should take it off the menu or do a real apple crumble. They don’t know how it’s done, I can give them a recipe. It was good to see a well-pulled caña at the sensible price of €1.95. 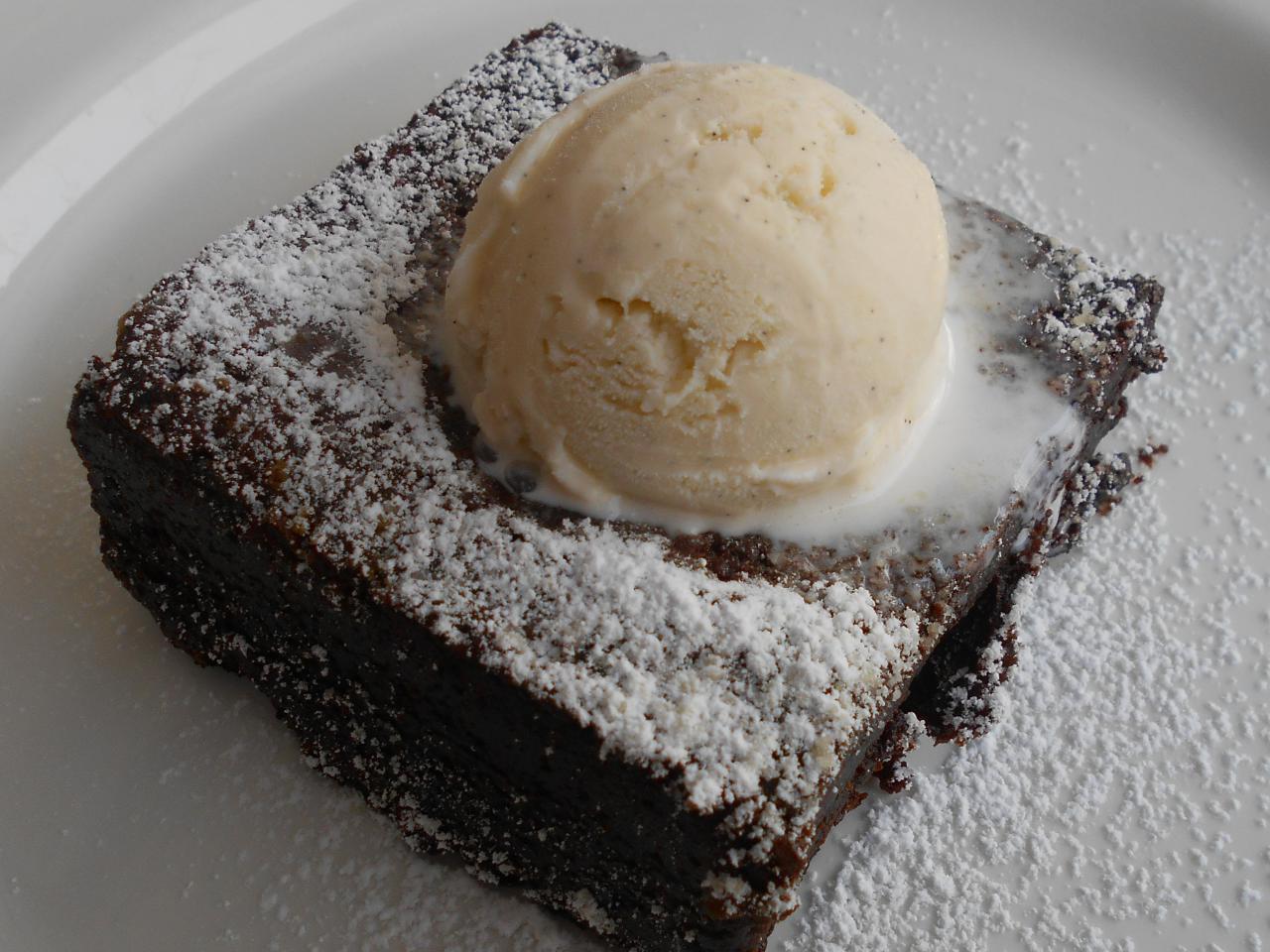 Dishes include eggs with bacon, French omelette and scrambled eggs, all priced at €5. A café con leche is €2.20 and all teas and infusions are €2.50. 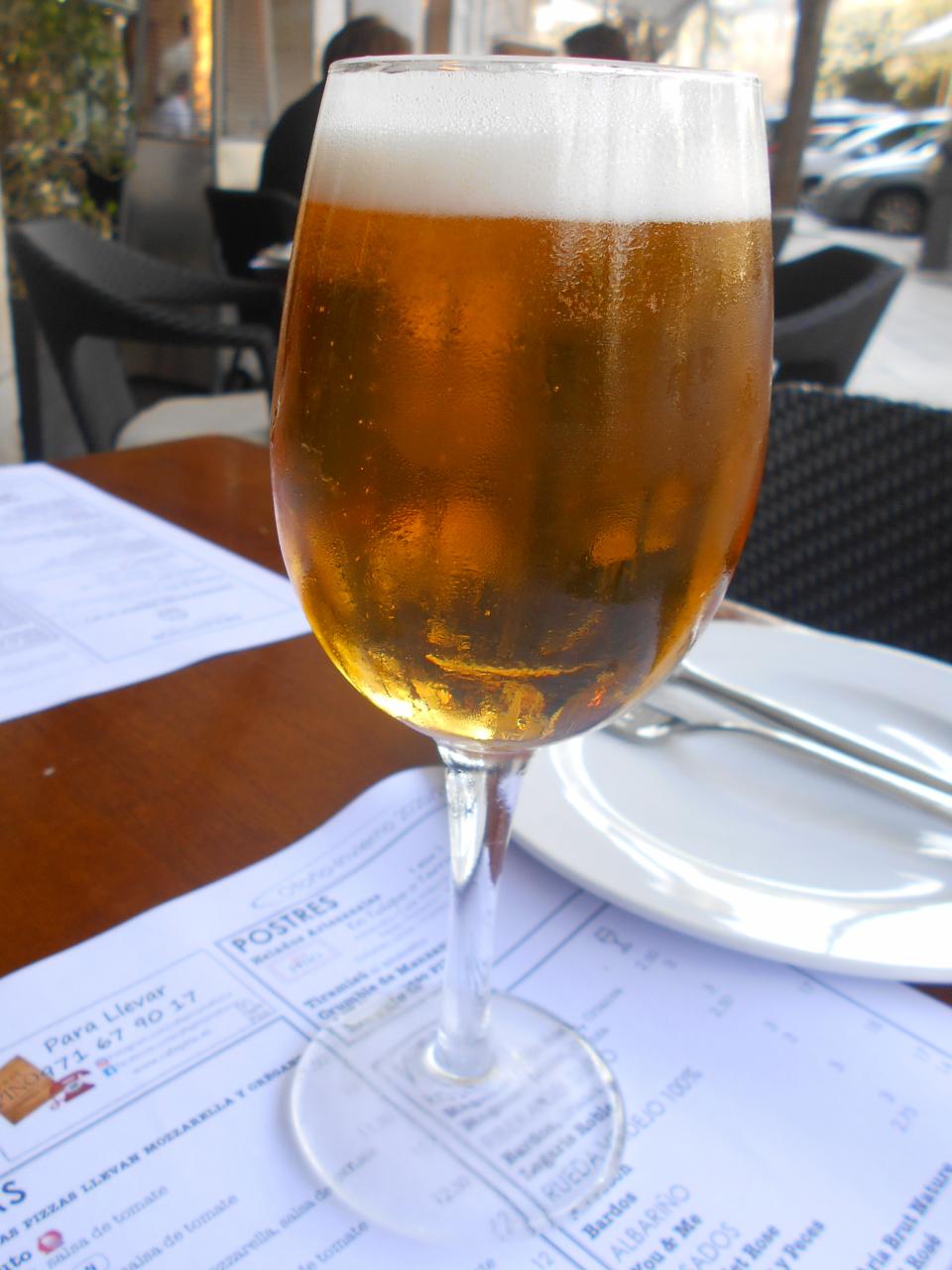 Eating at Sandro is always a pleasure because he believes in getting things right which means, among other things, that he uses authentic high quality products and cooks them properly. And his prices are right — and that always makes difference.

The €16.95 per person for the menu for two is great value for money, partly because all of the dishes are à la carte.

The parmigiana dish was succulently scrummy and the linguine alla puttanesca came with Sandro’s very special tomato sauce that is so beautifully thick and smooth — and for this dish with just the right touch of spicy heat. For dessert we had coulant de chocolate that was served with an especially well made version of stracciatella ice cream.

Ristorante Sandro and CienDuros, Calle Ramón i Cajal 9 (Tel:971-962311). Opening and closing times for restaurants keep changing in these days of the coronavirus, so it’s best to phone and check — and also make a reservation because Sandro has only a few tables on his part of the parking area.

Cafe Pino | about 1 year ago

Dear Mr Valente, In name of Cafe Pino we want to thank you for your report about your experience with us, we started a few months ago and your comments help us and give us energy to keep trying our best. Looking forwrad welcome you very soon!