Always a scrummy surprise at Maruka

The frito with a fried egg on top. | Andrew Valente

A defect you’ll find in many Palma restaurants is that the menu hardly ever changes, except for those all-too-few occasions when they put a seasonal dish on the blackboard. That doesn’t happen at Casa Maruka — the menu is revamped frequently and every time I’ve eaten there I’ve also found scrummy surprises on the blackboard.

Three years ago I was delighted to see they were doing batter-fried skate — a fish you almost never see at local restaurants. But cook and co-owner Alberto Serrano (with his wife and pastry cook María José Calabria) looped the loop with this skate — he extracted the cartilage and we had lovely fillets with an incredibly light and crisp batter, the first (and only) time I’ve had it like that. It got an immediate 10-rating.

On my most recent visit to Casa Maruka, lamb kidneys were the blackboard surprise. How often do you see lamb kidneys on Palma menus? I haven’t come across them in decades — so that was one of our four dishes…and it was another 10-rating.

They were done of a hot plate, served on a spoonful of potato purée and were very tender and succulent. You can only get them like that when the cooking time is millimetric — if not they will dry out. 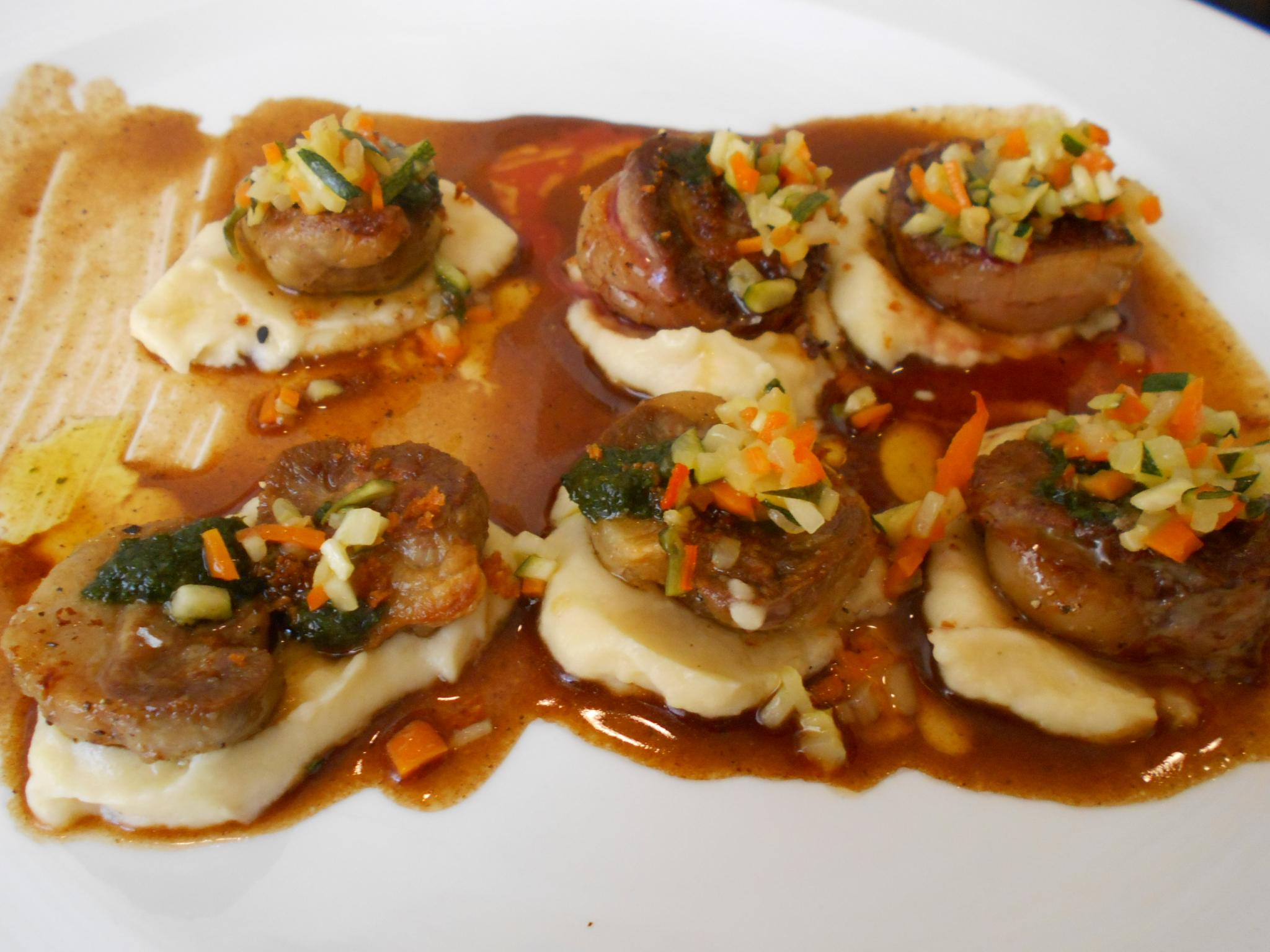 Kidneys that are cooked just a few seconds more than necessary suddenly toughen — and then need prolonged braising to get them tender again. Alberto isn’t cooking kidneys every day (or even every week) so how does he get the cooking time exactly right? He’s an expert at applying the heat…always one of the signs of an accomplished cook.

Spot-on cooking times were also needed for our half portion of frito mallorquín with a fried egg on top. As always at Casa Maruka, the animal’s lights were juicy and very tender — although some cooks aren’t so good at achieving this kind succulence when it’s most wanted.

The fried egg atop the frito is unorthodox and comes with a touch of Alberto’s ironic humour. I wasn’t the only one who used to think this was the way Alberto’s grandmother did frito for him when he was a little boy. But it turns out he simply adores fried eggs and puts them on top of all kinds of dishes. 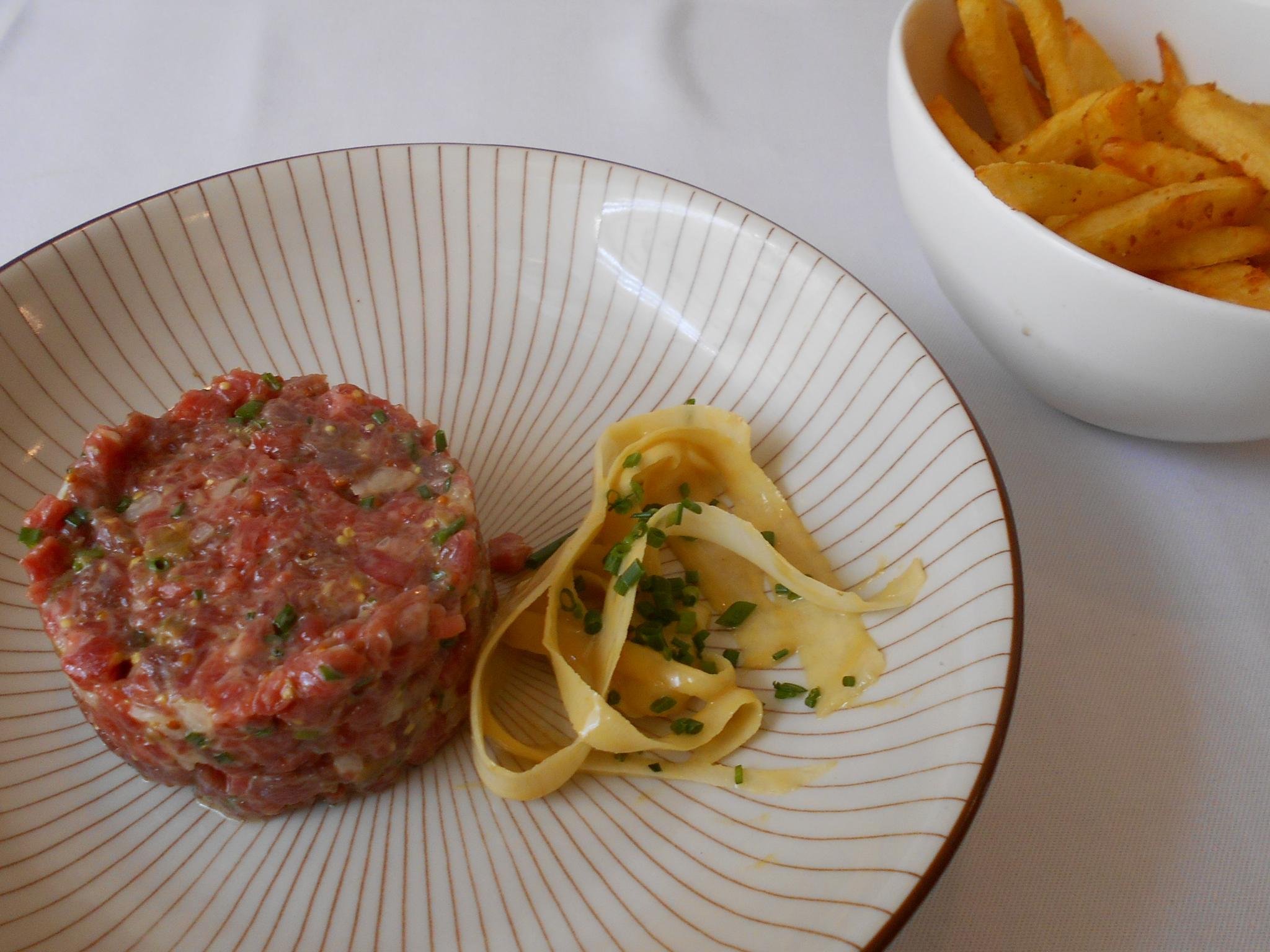 Our third dish didn’t call for Alberto’s genius at applying the heat — it was a steak tartar with meat that was freshly chopped, very pink and with discerning use of a tangy dressing.
There was also a twirl of pickled daikon, the Japanese pickled radish, a nice unusual touch. And as so often happens when fine cooks are in the kitchen, the chips were beautifully fried. It all added up to another 10.

On of the many delights of eating at Casa Maruka is that is it always a gastronomic adventure. The word ‘maruja’ means a maid-of-all-work but principally one who does traditional home cooking of a high standard. The term ‘casa maruka’ is used in Asturias for a ‘casa de comidas’ — a typical Spanish restaurant where they serve the best kind of Spanish home-cooking. It is similar to the finest Parisian bistros in that what counts is what’s on your plate —and at Casa Maruka that is always the result of the expert cooking of what’s best at the market. We had four dishes and three were worth a 10-rating. That’s pretty much par for the course at Casa Maruka — one of the reasons this place is a top favourite with Palma foodies. 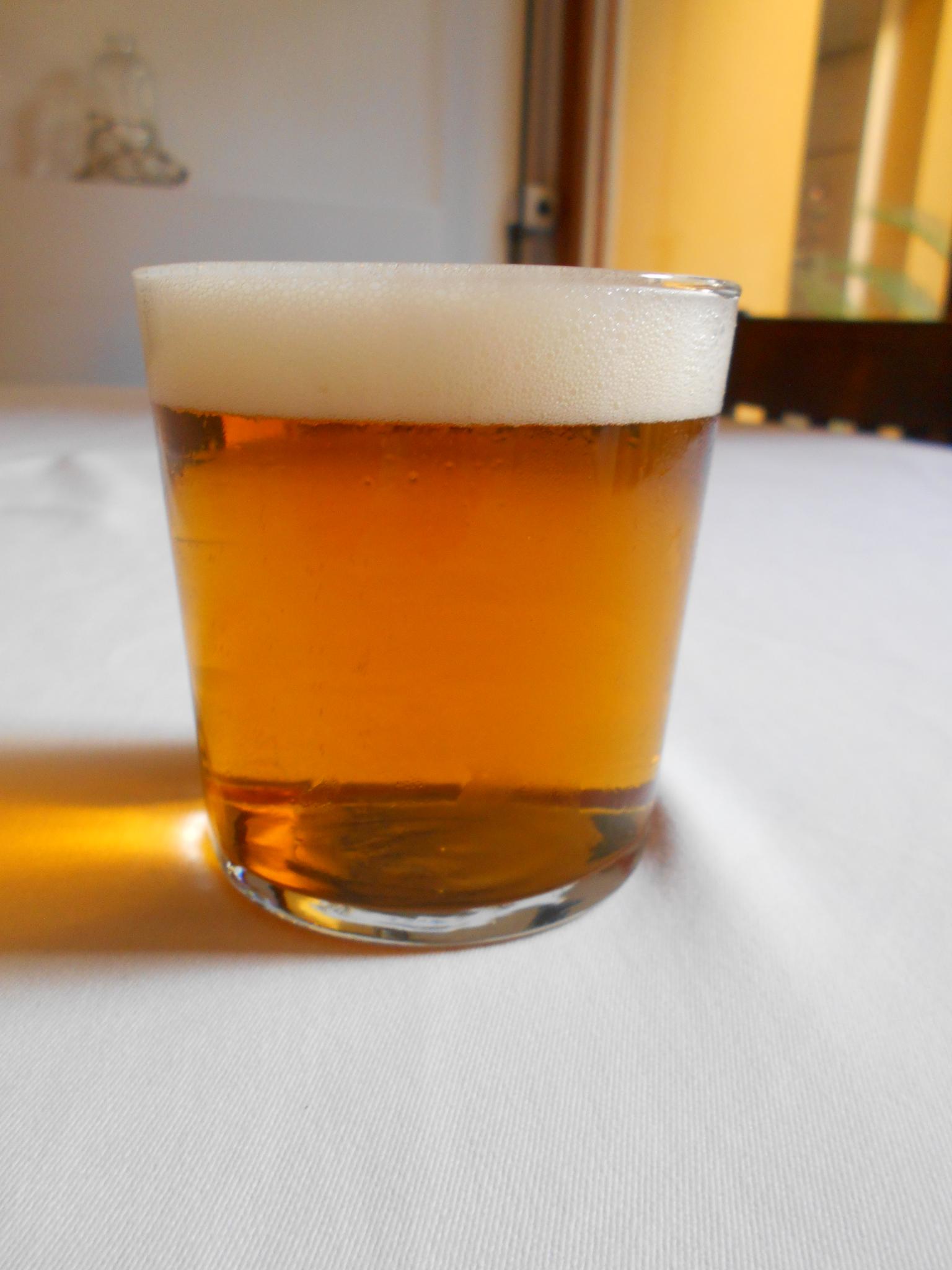 Casa Maruka, Calle Reina María Cristina 7, Palma (The street next to the Augusta cinema with a Banco Santander on the corner). Tel:971-200272. Closed on Sundays. Like all restaurants, Casa Maruka has had to cut down on its capacity because of the virus, but the available table space can quickly fill up on any day of the week, so it’s always best to book. If you’re having the apple tart (and you should because it’s most unlikely you’ll ever find a better one) ask for it when you order the other dishes — it needs a 20-minute bake. 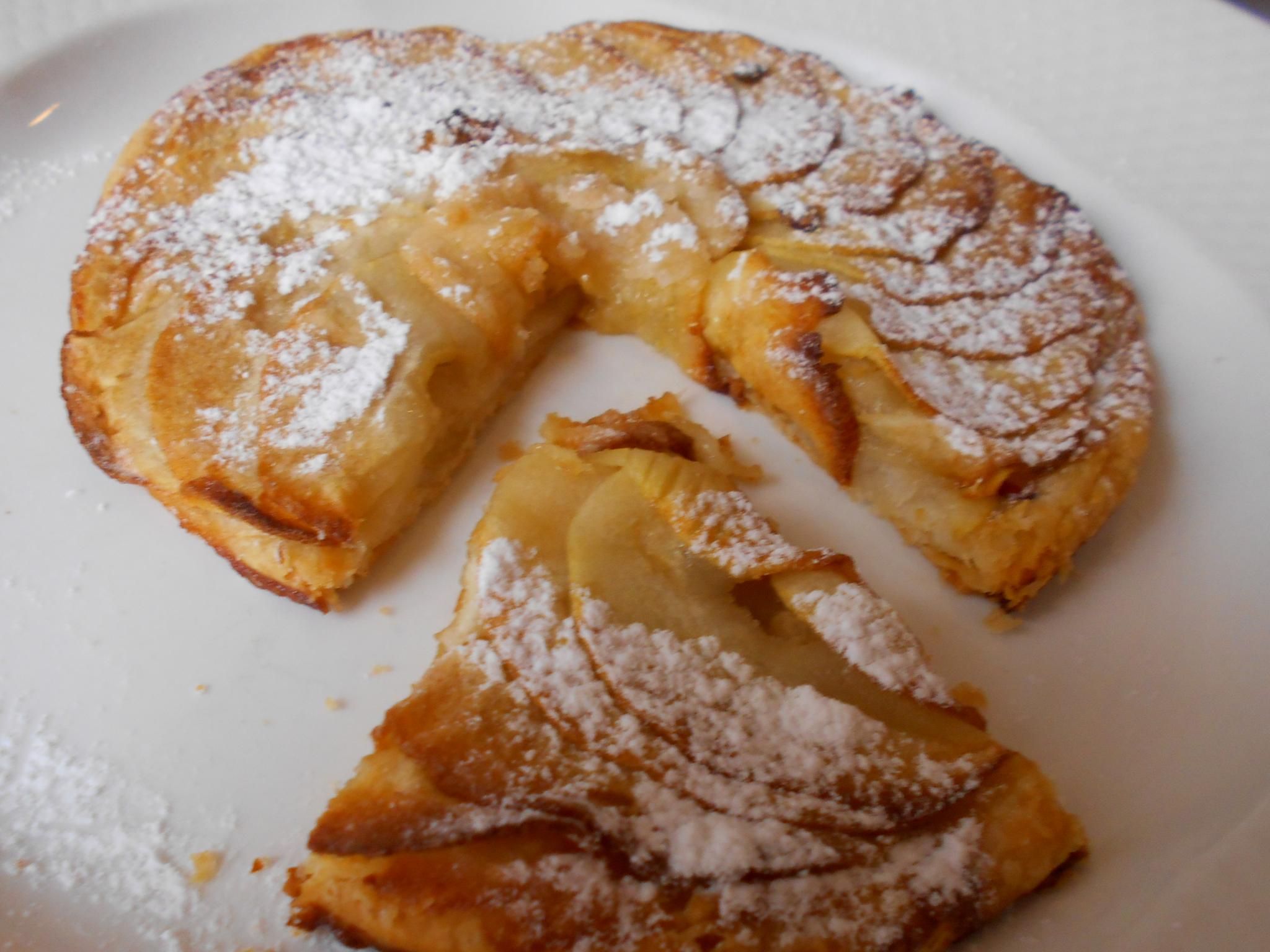 Public holiday on Monday but all shops will be open

How to keep your pets cool