How about a slice of cheesecake?

Those who read the restaurant review with any regularity know I am not a dessert man. I think well made tarts and desserts are wonderful, but at meal times I always prefer to finish on a savoury note.

I frequently taste my dining partner’s dessert, however, in order to keep up with what’s happening in the desserts section of the menu.

And I don’t like what I’ve been discovering in recent years: a tendency to serve bought-in pseudo elegant cheesecake instead of the splendid rustic versions that are one of the highlights of Mallorcan cooking.

Spaniards in general, and Mallorcans and Cataláns in particular, are very fond of the fresh cheese called requesón, which is similar to cottage cheese. In Mallorca it is called brossat and Cataláns know it as mató.

In most European countries, cottage cheese is used mainly in savoury dishes, but in Spain requesón is usually associated with desserts. I have yet to come across a Spanish savoury dish that calls for requesón.

Although I don’t have a sweet tooth, I delight in well made desserts, cakes and tarts, and I find the specialities of Spanish regional cooking are particularly memorable.

So I’m not complaining that Mallorcans limit their use of requesón to sweet dishes. I love rubiols de requesón, those turnovers with a fresh cheese filling that are especially popular at Easter.

They are so delectable I am always amazed I never became addicted to them: an afternoon cup of tea with a rubiol is a gastronomic treat. But because of their high calorie content I stay away from them — except at Easter.

But for many people, cheesecake is the best dish Mallorcans make with requesón. You’ll find it under several names: tarta de requesón, cazuela de requesón or the latter’s Mallorcan name of greixonera de brossat.

It can be either the curved bottom kind or the flat version. Most people go for the flat one because the cheesecake is easier to cut and the slices are neat and symmetrical.

Requesón is one of those foods that doesn’t have a great deal of taste, but its creamy blandness readily absorbs flavours of all kinds, savoury as well as sweet.

Cheesecake also lends itself to improvisation and we all have a very personal idea of what the perfect one should taste like. The kind we prefer is usually the one we first had as children. The food preferences of childhood stay with us forever.

I didn’t taste my first cheesecake until I came to Mallorca, so it’s the local one I prefer — especially those with strong cinnamon and lemon flavours. 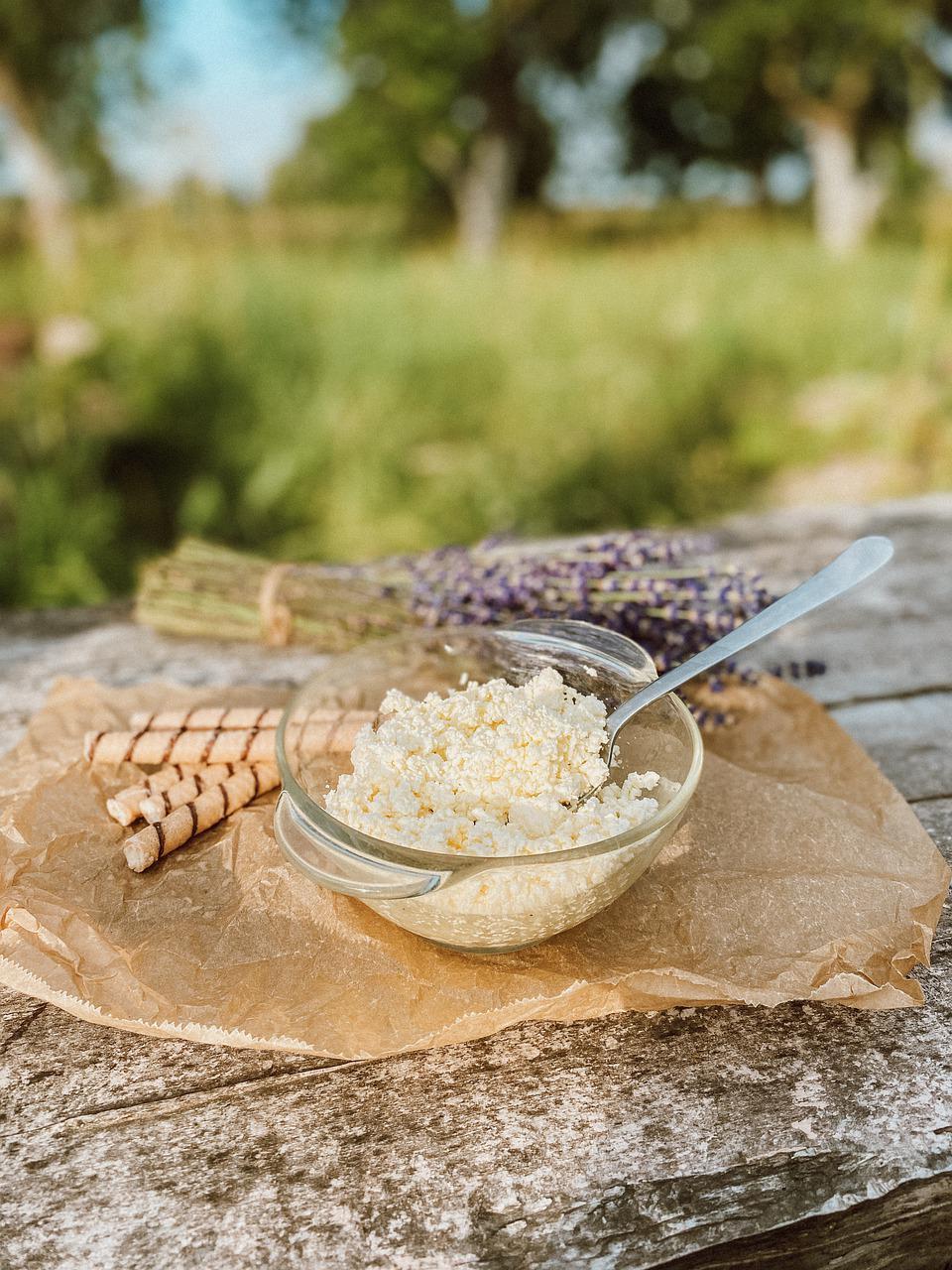 The beauty of locally made cheesecake is that the main ingredient will always be requesón. When eating at Mallorcan restaurants doing local dishes, lookout for the word ‘casera’ attached to tarta or cazuela de requesón — that means it is made on the premises and it will almost certainly be an extremely good version.

There are two main ways of making Mallorcan cheesecake and both entail the use of a flat-bottomed cazuela with a diameter of 22 cms and a depth of about 4 cms.

One kind of cheesecake uses only requesón, eggs and flavourings, and the other also includes madeleine cakes, called magdalenas in Spanish. The first is light and fluffy, the other is more solid but not heavy.

400 grs requesón, 300 grs sugar, 5 eggs, wineglass of milk, grated rind of lemon, some butter and a heaped teaspoon of ground cinnamon (or to taste).

In a big bowl beat all the ingredients and when well mixed taste for flavour, adding more sugar, lemon rind or cinnamon, if necessary.

Butter the cazuela, pour in the cheesecake mixture and bake in a pre-heated medium oven for just over an hour.

Pierce with a knitting needle or metal skewer and if it comes out clean remove from the oven. Let it cool to room temperature before serving.

Some cooks like to sprinkle the cold cheesecake with a mixture of cinnamon and icing sugar. Don’t be heavy-handed with the cinnamon.

In a big bowl mix the requesón, sugar, eggs, cinnamon and lemon rind. When well blended, stir in the milk.

Rub the magdalenas through your fingers until they are reduced to fine crumbs and add them to the mixture. Stir with a wooden fork until the ingredients are well mixed.

Smear the cazuela with plenty of butter and pour in the cheesecake mix. Shake the dish so that the mixture settles and a smooth surface is formed.

Bake in a pre-heated oven until the top is of a rich brown colour. This will probably take about an hour but it could be up to 20 minutes longer. Let it cool before serving.

This cheesecake rises while it bakes but it will fall when taken from the oven and starts to cool. The surface may crack slightly but that is no cause for concern: it will still cut nicely.

It’s impossible to give exact baking times for dishes like this, nor can you go pro rata when making a bigger one.

I once did a magdalena cheesecake with 50 per cent more ingredients and I had to bake it for two and a half hours.

Magdalenas can be bought in packets from supermarkets and those in Mercadona marked ‘Forno’ are especially good.

Even so, I prefer those from bakeries because they are of better quality and you can buy the exact weight you need.

If you want magdalenas for an afternoon cup of tea, always pay a bit more and get them from a good pastry shop.

You can also get from the nuns at the Santa Magdalena convent at the end of Calle San Jaime. They are excellent and come in a box of six that costs €5.

Also in Food and drink

The pros and cons of liking spicy food